Month Seven could not have been more fun! It was full of brand new discoveries and abilities! 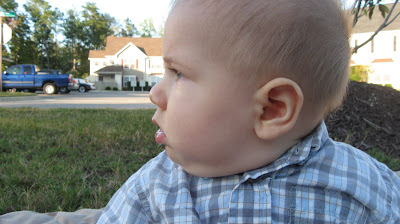 You became very aware of the world around you, dogs, cars, other people, grass, and every little dust particle on the floor got your attention. 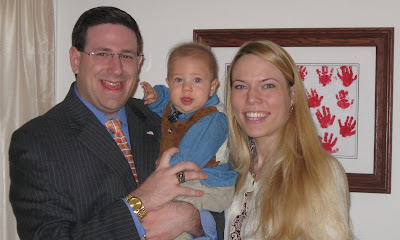 You just started growing and growing-we had to dress you in 9 month clothing! 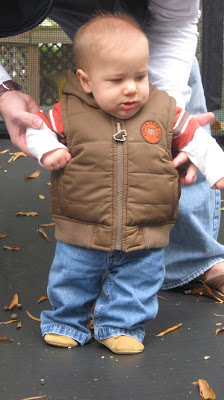 You became quite the outdoors man and you didn't care if it was cold or rainy, you wanted to stay outside! 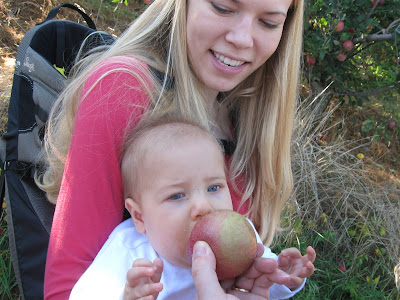 We took you apple picking and I was a little nervous over how it would go, the long car ride, the curvy mountain roads, your naps and feedings, but... 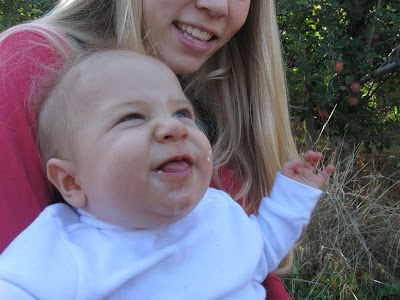 ...it was a hit! You could not get enough apples! You loved every bit of the apple, including the leaves! 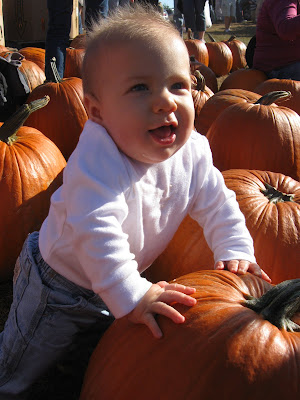 You also became a huge fan of the pumpkins at the pumpkin patch! I think I outdid my record on taking pictures of you that day! You were just too perfect over your joy with the pumpkins! 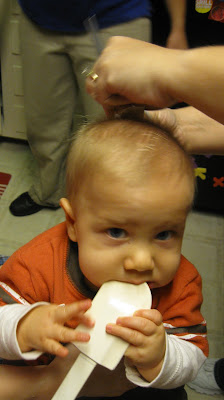 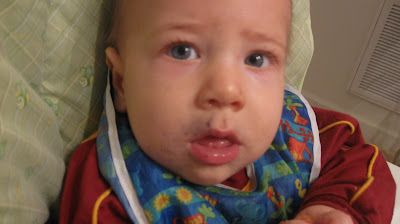 Your appetite took off as finger food became the "it" thing with you. Some of your favorites were blueberry pancakes, bananas, kiwi, pasta, whole wheat muffins, and tomato... 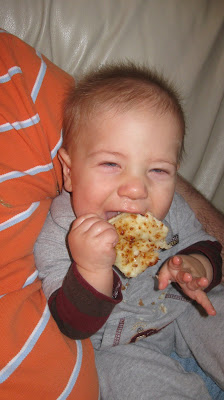 ...oh and PIZZA! One taste and you were in love! 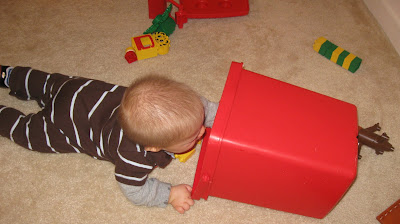 You became a pro at playing by yourself so mommy could fix dinner. You became quite the LEGO man! 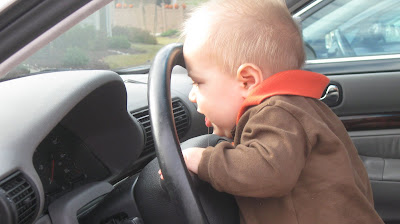 Cars also entered your radar screen and have not exited yet-I don't think they ever will. You love it when Daddy sits you on his lap and lets you "drive" the steering wheel!
You just became more and more of your own person during month seven and we were having a blast getting to know you! We just savored every minute with you.
Labels: Harrison