Presents for the Little Bro'

Matt had a great idea. He wanted to get Harrison excited about celebrating Jefferson's birthday. 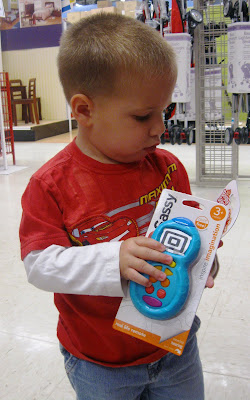 We took Harrison to Toys "R" Us so he could pick out any baby toy he wanted to buy for Jefferson. He thought he was big stuff to be able to pick all on his own and he wanted nor needed any direction. 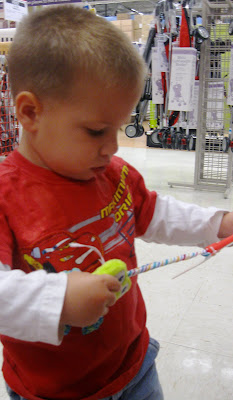 He went straight for the baby toys aisle and carefully perused the selection of vibrating, large eyed, bright colored animals and selected a green frog as a car toy for Jefferson. 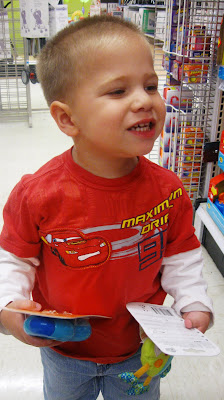 Then he homed in on the noisy, button laden toys with bright lights and sounds. As he said, "Jefferson needs a phone!" 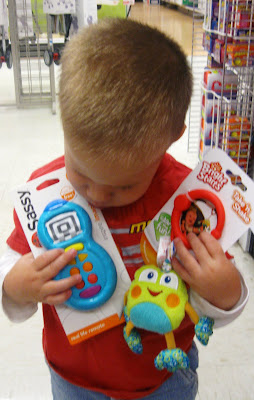 Harrison's proud purchases are now waiting in Jefferson's room and he occasionally goes in to hold them and selflessly try them out for Jefferson.
Labels: Harrison Jefferson