Not A Good Concept

There has been a trend of reality shows lately all based on the element of surprise. Surprise makeovers, surprise remodels, quints by surprise, surprise reunions, and cook 1000 cupcakes with a surprise ingredient. 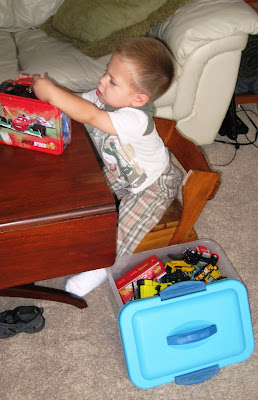 But one concept I don't see taking off is surprise medical procedures. Believe me, we know this first hand. We tried it out and it doesn't quite have the same element of excitement or ability to reel in the audience in a charming way. 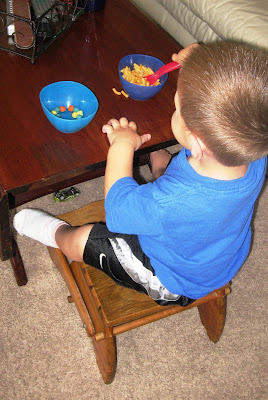 We went to see a podiatrist for Harrison's toe which had been quite swollen for some time. I thought it would be a lot of talking and no clear answers...ha! Within 15 minutes I was lying on an operating table holding my screaming 2 year old while they anesthetized his foot in order to remove an ingrown toenail. 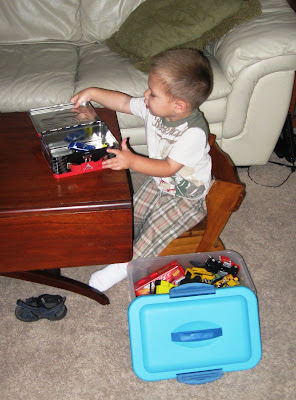 With both of us in tears by the end and me feeling like mom of the year for having in no way prepared him for this traumatic experience, we were sent off with his foot bandaged up and strict orders for him to remain off of it for 24-48 hours. 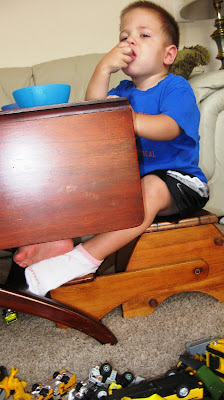 He's been a trooper. Today has been spent with him on his stool surrounded by his cars and trucks, watching his favorite movies, and he may or may not be eating Trix cereal and mac 'n cheese. (Yes, I feel guilty and am spoiling him; yes, he knows this and is using it to his advantage.) 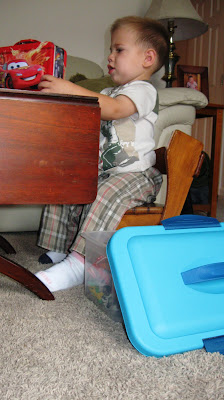 So my little man remains bandaged in a rather unsightly wrapping covered with one of my pink socks (his are too small to cover the bandage). He refuses to take any medicine, says he feels fine...what a man! He is a trooper and I'm so proud of him. But for the record, unplanned, unprepared for, aka surprise, medical procedures are just not pleasant. Probably up there with surprise purse snatching.
Labels: Harrison