Not Your Typical Spring Fever

Harrison got a really high fever out of nowhere this past week. He had been perfectly fine when he woke up, but in just a few hours his temp was well above 103 headed to the 104 range. 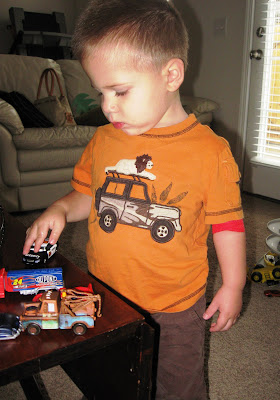 He started shaking really bad and would not eat or drink anything. When tylenol did not bring his temperature down at all we were off to the doctor. 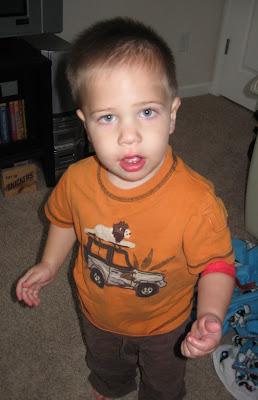 After poking and prodding which are never fun when you're sick they determined it would be necessary to take a CBC, a blood count, to make sure it wasn't bacterial. 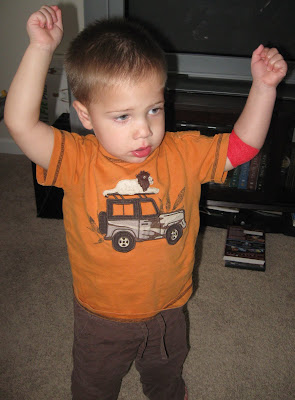 Our big brave boy laid on the exam table as they did an intravenous stick on his arm. Big tears rolled down his cheeks and all he said was, "oww" when they took the needle out. What a brave little man! 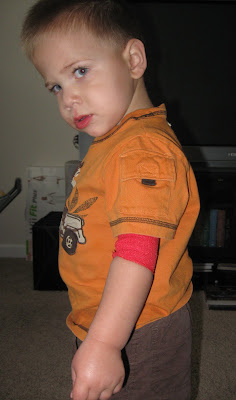 Being brave has it's rewards...he got a new matchbox car out of it! It's fun to treat him when he is such a brave guy. He ended up just having a virus, but we couldn't be more proud of our tough little man!
(If you can't tell, these pictures are of Harrison showing off his bandage around his arm where they did the needle stick. He said, "It's red! Like Lightening McQueen!")
Labels: Harrison