Harrison has always been really good at opening presents. When he was a bitty guy he needed some help, but since his first Christmas at nine months he's been an unwrapping pro! 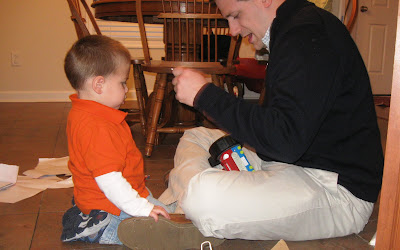 This second birthday was so much fun because he knew what was coming and he anticipated it...which was really a blast! He got so excited seeing the wrapped presents! 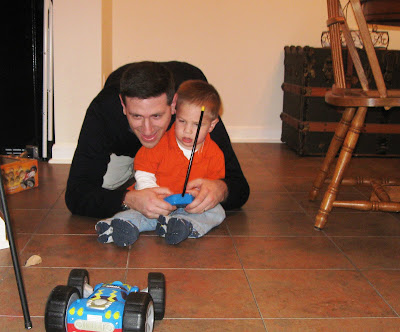 And Matt got just as excited as Harrison when it was time to open them and play! Matt could not wait to give Harrison his first remote controlled car. It was a big hit...with both boys! 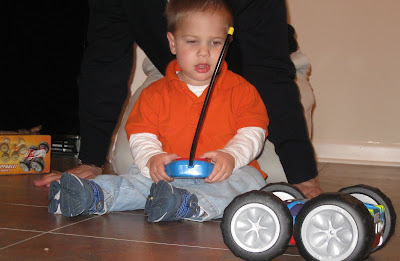 And being the mindful parents we are, we carefully read all instructions before wrapping stating we needed a 9 volt battery. Who keeps those lying around? I think God knew we did and we discovered a random one hiding in the bottom of a drawer! 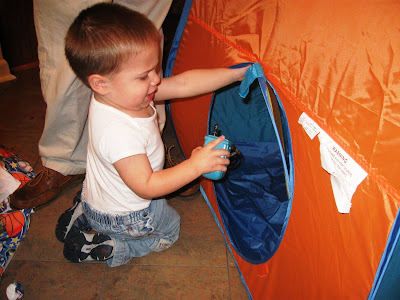 Harrison got a cell phone from his Great Aunt Sarah which he loves! He keeps it beside him just like Daddy and answers it all day long! He calls "Unca Danul" and Daddy several times a day. 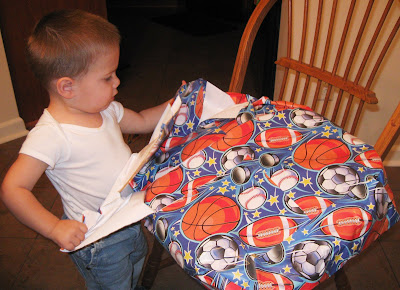 We also got him a tent which attaches to his tunnel he has had for awhile. I thought he may like to have his own "fort" kind of thing, but I had no idea how big a hit this would be! 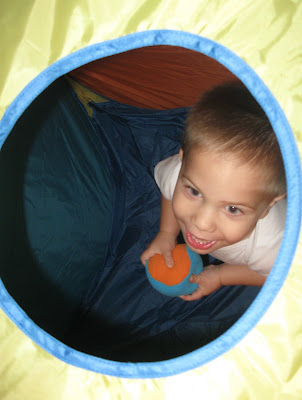 This guys absolutely loves his tent! He'll take his cars inside and disappear for a long time. I'm glad this is hit, because I really like the fact that is folds down into a nice compact disc easily stowed away... 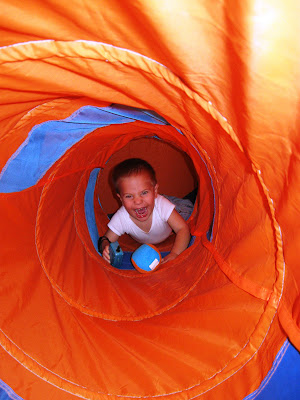 ...not that it is being stowed away anytime soon! :) 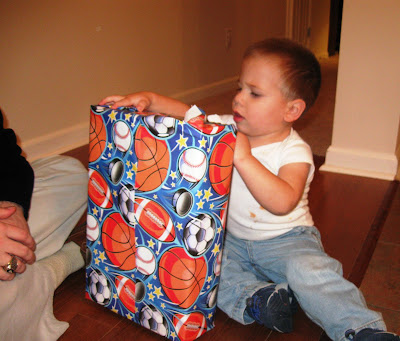 Another fun aspect of present opening is the opening done by the parents! Harrison immediately had to get his hands on each toy once unwrapped which involved a lot of weird child-proof, thief-proof, and parent-proof ties and latches. 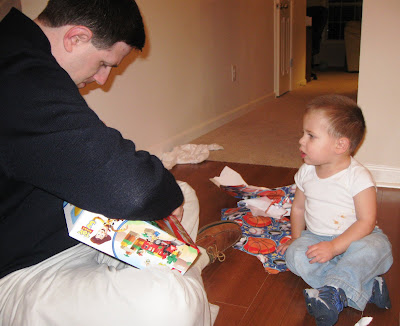 He was also very excited to receive a birthday package in the mail on his birthday from Mimi and Papa and his aunts. Along with several fun treats he received his beloved "Lightening McQueen" matchbox car which sleeps with him, eats with him, goes in the car with him, etc. 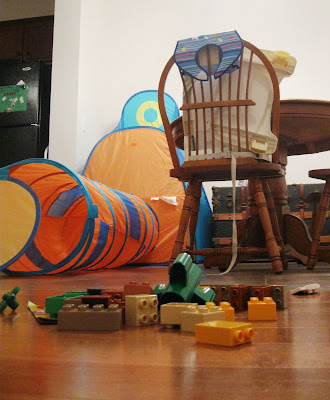 I'd have to say the guy had a blast on his birthday! He partied hard for a 2 year old and stayed up an hour late playing with new toys and burning off all that cake sugar. We had a wonderful time celebrating our son and I think we had as much fun as he did!
Labels: Harrison Holidays