If I haven't said it before (which I know I have), I'll say it again...I love having boys! 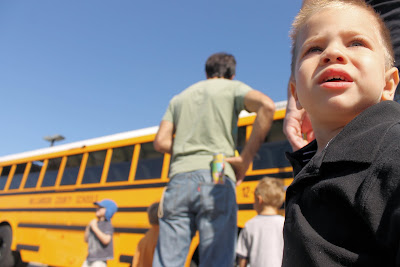 I am fascinated watching them explore, achieve, show off, compete, get excited and giddy. 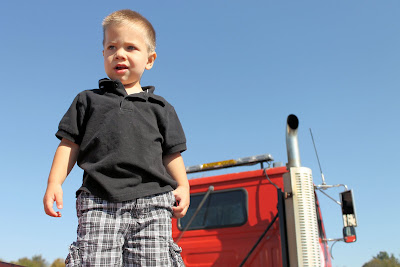 And nothing gets Harrison more excited or giddy than a bunch of trucks and cars! 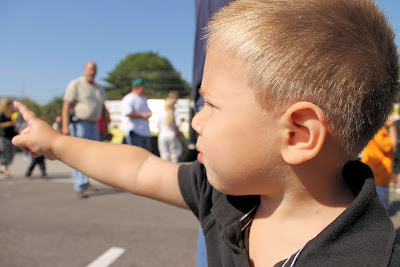 This kid lives and breathes anything with wheels and an engine and I have a feeling Jefferson is following in the same passion if his keen interest in Harrison's matchbox cars prove anything. 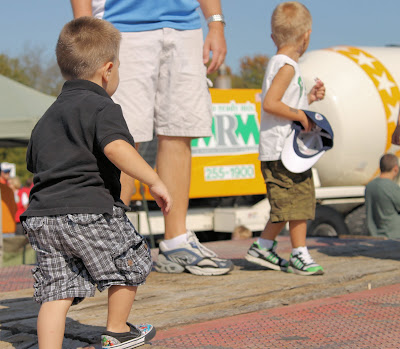 We took Harrison to a local touch-a-truck and you would have thought we handed him the moon. 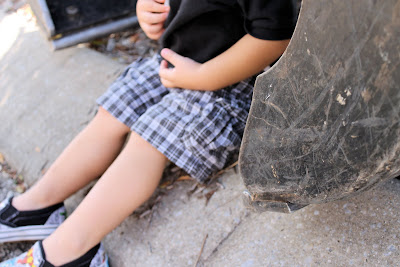 He ran from vehicle to vehicle climbing in, around, and over. He would tell us if he had each one at home or not (meaning his toy cars). 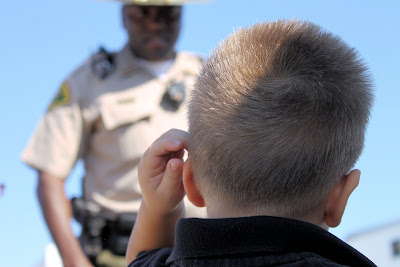 He even got to meet one of his heroes...a policeman! The little guy was starstruck as the policeman talked to him about his job. 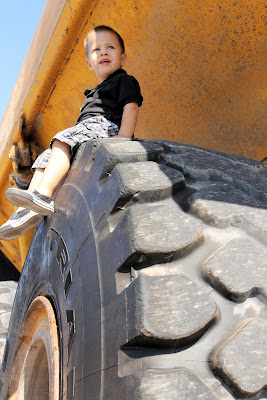 Harrison has talked non-stop about "touching all the big trucks" and every time he sees one on the road now he asks if it is going to a place he can touch it. 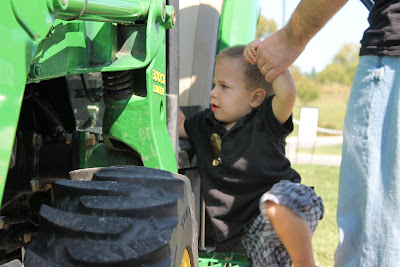 In fact, during the actual event, our smart little man said, "I'm so happy this is not a look-at-a-truck!" I am forevermore reminding him that some things we look at with our eyes and not our hands. 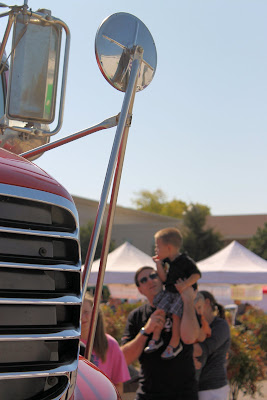 But this event was something Harrison knew well...how to touch and mess and explore. While Jefferson spent this outing dozing in his stroller, I know it's only a matter of time before he is climbing and touching right along with his brother.
Labels: Harrison