One of the Big Boys

Harrison loves all things sports and looks forward to playing some type of sport with his Daddy every night when we comes home from work. 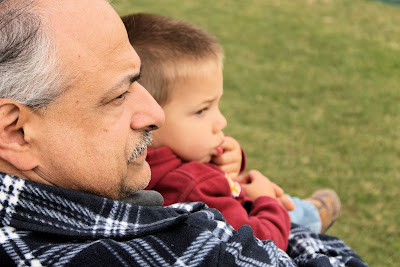 They wrestle, tackle, have batting practice, play catch, and run plays with the football. So when his Daddy played football this past weekend Harrison had a hard time understanding why he wasn't out there on the field too. 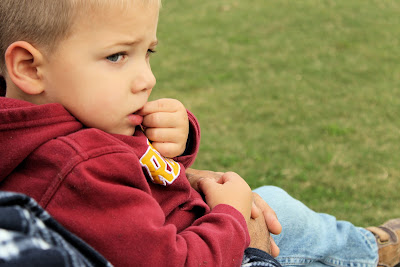 They other grown men tackling each other to the ground, hurling game talk, and running full force were not enough to deter the two year old who thinks he is at least twelve. So after promises of future father/son scrimmages, he settled into grandpa's lap for a front row seat. 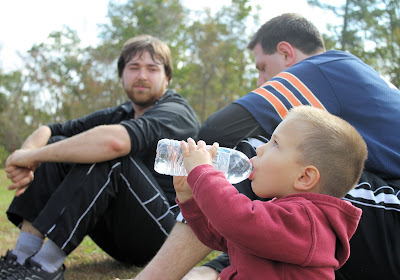 He was pretty excited when he got to join his Daddy and Uncle Josh for a water break after the game. I know growing up seems to take forever when you're the one growing, but I know very soon he will be out there running, tackling, and calling plays.
Labels: Harrison Sports