Come Fly With Me

We took our two boys on their first in-air adventure. Harrison had been talking for weeks about flying in an airplane and would randomly burst out with, "I'm so excited!" 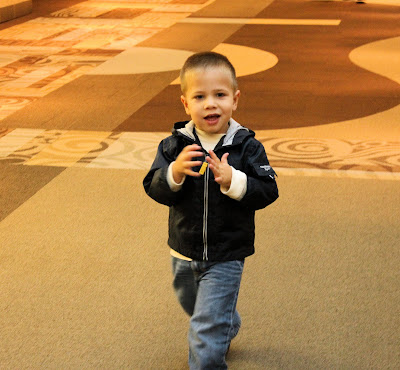 We got the airport and parked about five miles away (slight exaggeration), and it was 45 degrees outside and raining (not an exaggeration). Thank goodness for the shuttle bus which delivered us to the front door! 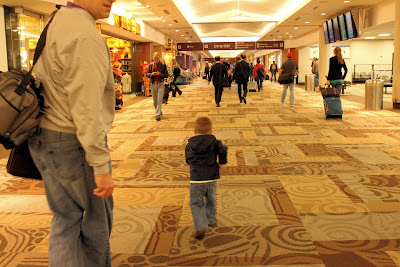 Harrison would have been great had we been late arriving for our flight because he looked like a seasoned traveler sprinting through the airport to get to our gate. 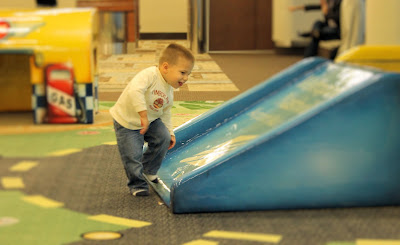 Once we got to our gate we found out our flight had been quite delayed, but no problems with us! Their was an indoor playground right at our gate and Harrison had the time of his life! 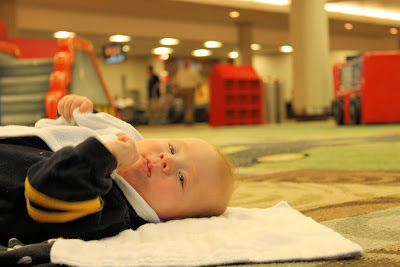 Jefferson was having the time of his life too, I'm sure of it. I mean, in only three months of life, I can imagine waiting for your first flight while watching your cool big brother run around like a maniac would be a highlight. 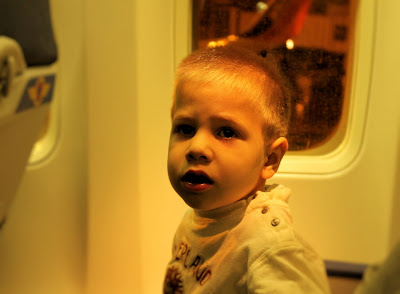 Harrison wasn't so sure once we boarded and he was listening to the safety instructions and the pilot's announcements over the intercom. But once we got going he thought take-off was awesome! 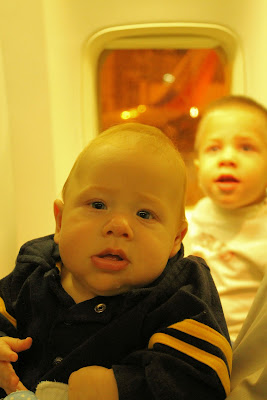 Jefferson really had no clue what was going on, but seemed much happier traveling being held then riding in his car seat! 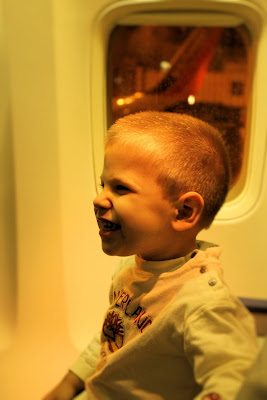 Harrison ate his fill of in-air peanuts, pretzels, and complimentary beverages (orange juice with a top and straw!) We watched movies and played cars. Overall, the boys did great going through security, siting in small confines of airplane seats, and all the other ins and outs of flying. I think if we can keep finding good ticket deals, this may just be our new way to get home for visits!
Labels: Harrison Jefferson travel