"Daddy Is My School!"

This week we have been learning the letter "D". We began with "D is for Dog" and it wasn't five seconds later that Harrison was asking for one...I guess all in the name of education, right? 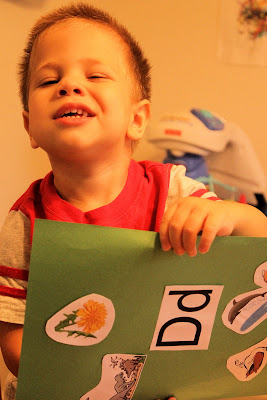 We made our "D" poster which Harrison loves because he gets to practice using his scissors and glue stick. This is his "Mom is forcing me to give her a pleasant face for a picture" pose. 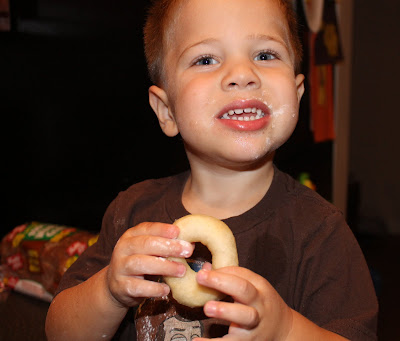 Of course we can't let a school week go by without a special treat beginning with our focused letter. Harrison chose donuts which made me nervous as I do not possess any skills when it comes to frying, but they turned out alright if I do say so myself. 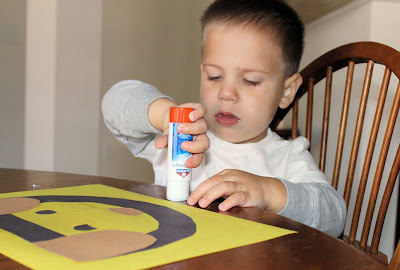 We had fun dancing to music, drumming, drawing, and dunking basketballs. We made a big "D" dog picture which Harrison insisted needed more than one tongue, but I was able to convince him that dogs indeed only have one tongue. 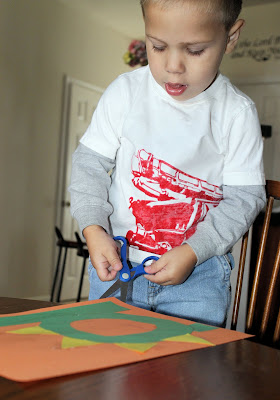 Then we made a little "d" dinosaur picture. My dramatic boy would pick up the picture then drop it hollering "Ouch!" pretending the dinosaurs sharp points down its back poked his hands. 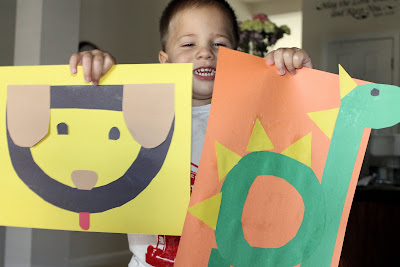 Harrison also discovered "D" is for Daddy, which thrilled him to pieces. He began each school session saying, "Daddy is my school!" I'm so proud of our student and I love how excited he gets to do school...now on to the letter "E".
Labels: Homeschool