Our church recently hosted an "Autumn Fest" at a local historical plantation. It was a wonderful day filled with homemade chili, football, friends, and hay fights.... 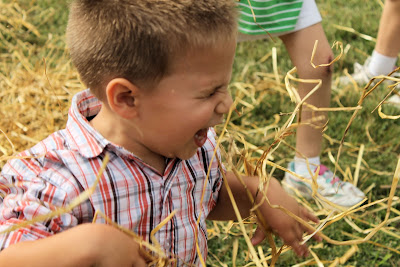 ...Yes, hay fights. It had originally started with mounds of hay in which thousands (literally) of pennies had been hidden for the kiddos to find, but did it stop there? 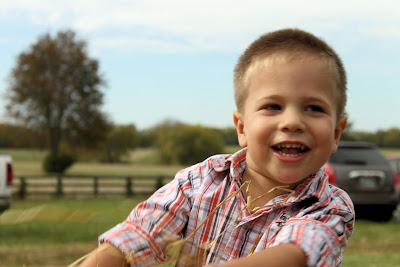 No, my son had zero interest in finding the pennies. He dove right in with fistfuls of the stuff and sent it flying. 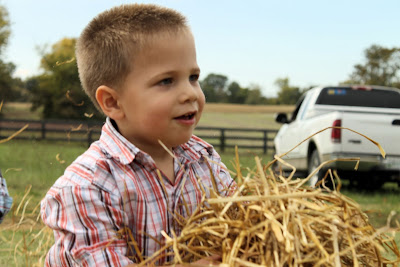 Soon the air was thick with hay and laughter as Harrison and his friends got thoroughly covered. It was a great way to begin the Fall.
Labels: Harrison Holidays