I wasn't so sure at first, in fact, I was pretty not sure. I just didn't see that these two boys would ever click. 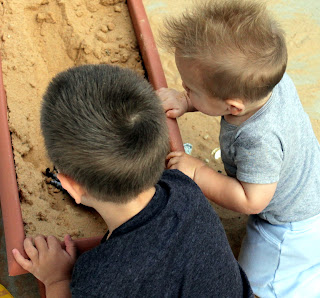 On one hand there was two and half year old Harrison who wanted me to leave Jefferson at the hospital and begged me to not hold "that baby." 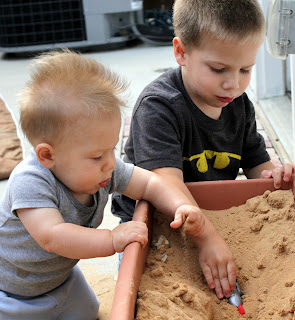 And then there was Jefferson...a swaddled, fussing, non-sleeping, time consuming newborn. He kept me sleep deprived, worn out, and emotional. 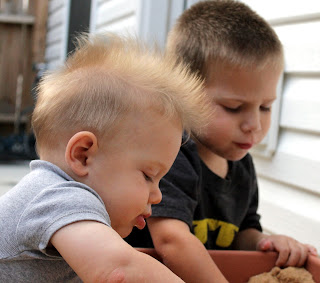 But then time was on our side. Harrison realized Jefferson wasn't going anywhere. Jefferson grew bigger and realized Harrison was always around and something changed. 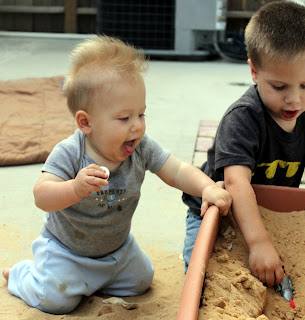 First it was small, just making each other smile by making noises. Then laughter followed, then occasional toy swapping, and now we have full on interaction and side by side play. 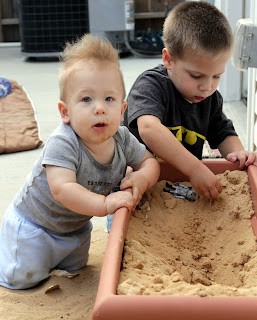 These two love to tackle each other, dig for buried treasure, and look at comic books. They join forces to make messes, create art masterpieces, and keep me on my toes. But they do it together, and that is awesome.
Labels: Brothers