Jefferson was officially four months on Wednesday, but I wanted to wait until today after his check-up to post so I could include all the fun growing information. 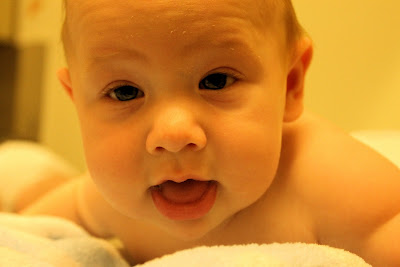 Our little "Tank" is 15lbs 9oz and 24 inches long. He is well above Harrison at this age. The 6 months clothing fits pretty well, though some things are starting to squeeze him and he can wear some 9 month things. 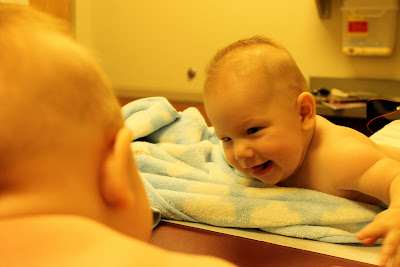 Jefferson is into "talking" a lot and joining in conversation with anyone who will give him a listening ear. He smiles all the time and is always ready for a cuddle. 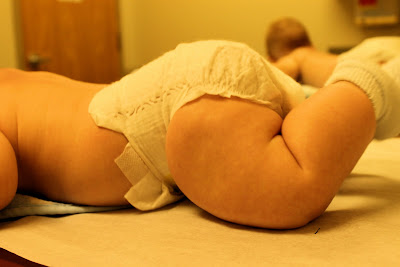 We started him on cereal and this boy loves his food! He chows down like a pro and likes to hold his own spoon. We let him chew on it after he is done eating and he thinks he is something else. He also loves drinking water from a sippy cup. 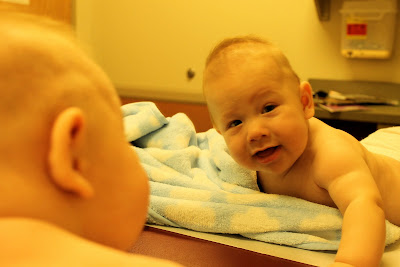 He is showing some of his personality. He has a little temper and hollers when we take away said spoon or sippy cup. He has a tad of an overachieving, perfectionist streak as he attempts to master holding his sippy cup...I have no idea where in the world he got that from! 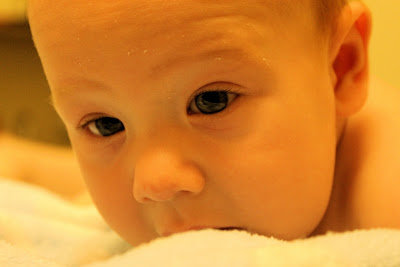 He is such a go-with-the-flow guy which is great in keeping up with his big brother. He is sweet and happy and knows how to make this momma's heart melt with his handsome grins. We are so blessed to have Jefferson in our family and we can't wait to see who this little man becomes!
Labels: Jefferson