Harrison is at that stage where he is a little copy cat. He repeats everything he sees and hears. This is pretty entertaining for the most part as he tries to mimic things and completely messes up big words in the cutest way possible. 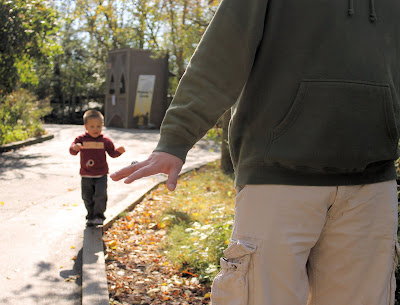 He re-enacts every tackle of a football game and fills up his "car" at the gas pump. He repeats the waiter at the restaurant and the check out clerk at the grocery store. He copies my cooking as he stirs his imaginary batter. His favorite though, is to mimic and follow his Daddy. 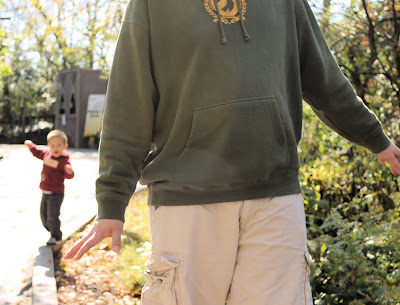 He is his Daddy's shadow. They shave together, brush teeth together, read together, and watch sports together. Harrison wants to be just like him. It makes me stop and think if I have the same passion for following my Heavenly Daddy. Am I as vigilant about walking in His steps, going where He leads, and being excited to do it? Just something to think about.
Labels: Hide it in Your Heart parenting