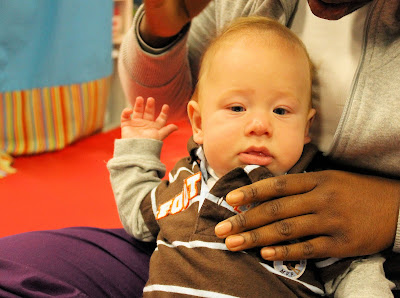 This made him hold his head to the side. If nothing is done to help train and strengthen the weak muscles a baby will need to wear a special collar to hold the head erect or could eventually need surgery. 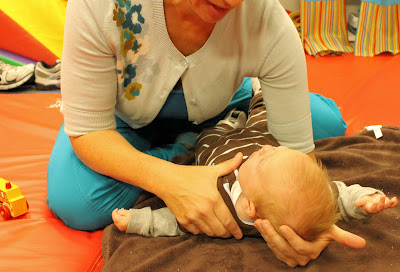 We are blessed to have a very pro-active pediatrician who started Jefferson on therapy right away instead of waiting until he was a little older. 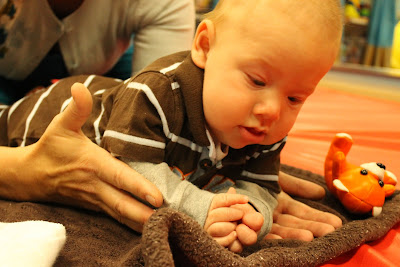 Jefferson has done wonderfully and has greatly improved. The exercises with the physical therapist have strengthened his neck so much that now you can hardly detect any kind of tilting to the side. 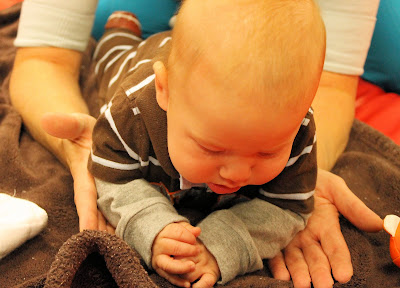 The therapist warned us that as his muscles strengthened he would take off, literally! In the past few weeks he is playing and reaching during tummy time, trying to sit up more, and trying to roll over in both directions. He new favorite is putting weight on his legs trying to "stand" while we hold him. 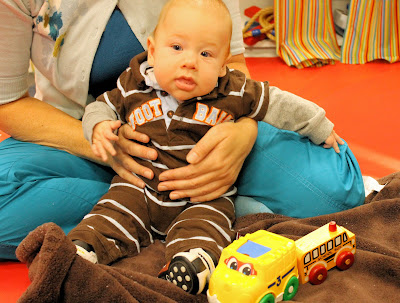 Jefferson will probably graduate physical therapy soon since he has done so well. We will continue to do the exercises at home as he gets stronger. The need for any exercises will go away as he gets mobile. Jefferson is such a trooper and we are very proud of our little man!
Labels: Jefferson