(Warning: Long picture loaded post :)
I have a huge "seize the day" complex. For better or worse, I hold onto every single minute filling it up with memories and moments. 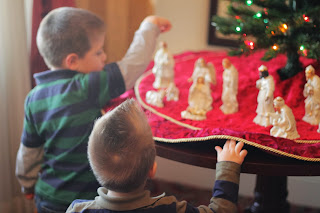 That's why I'm camera obsessed, blogger addicted, and ridiculously detailed about documenting the days with my three little men. 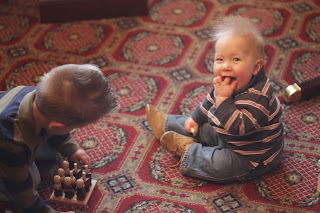 Because one day these guy will be grown, but I won't wonder where the time went. I'll know exactly what we did with the days of their becoming men. 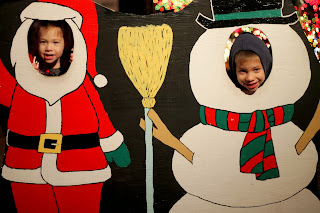 And so the days of December that are anticipated and then fly by, we are filling up with sometimes memorable, sometimes comical, and yes sometimes "what-did-we-do-that-for" things. 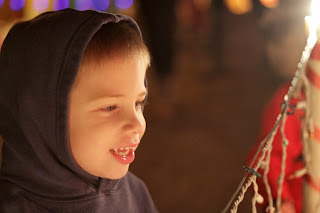 I've seen Christmas buried under stress, hurrying and rushing, buying and wrapping, and I'm not joining that party. Our Christmas is slow, purposeful, and centered around the rich memories that we'll have from this favorite time of year. 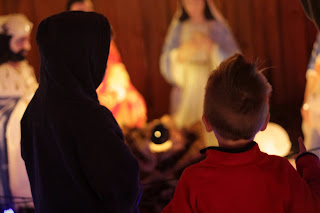 So far this December we went to Matt's office to "help" decorate. In reality I decorated while the boys "explored" daddy's desk drawers and raided his snacks. 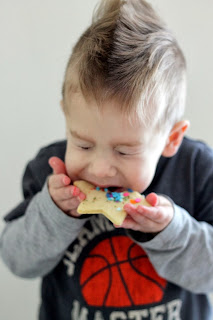 Then we've been tacky light touring, which is getting mixed reviews from the boys. Unless we can get out and walk through the blinking lights, Harrison doesn't see the point to ride around stuck behind a seat belt. 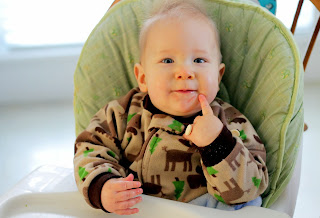 Jeff on the other hand shrieks, "Kissmas ites!!!" with every home we drive by whether it has 200,000 or 20 bulbs on display. He would be more than content to see every light strung in the whole state. 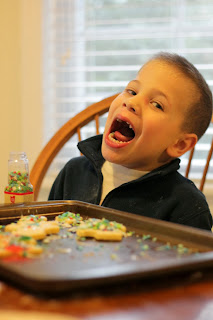 But Christmas baking is a mutual agreement. If it has sugar, it's good. The boys ate their weight in cookie dough...and icing...and sprinkles. We won't have the problem of leftover baked goods sitting around. 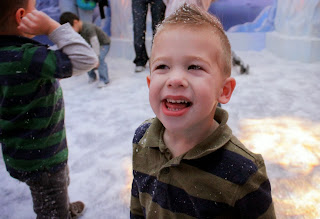 And then I scored a big flop for the season. I read about an ice palace that was "phenomenal". Guess I should have read more. 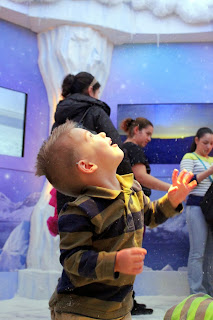 I assumed "ice" meant ice - the hard, cold stuff. Nope, it was a long, very slow moving line of fussy kids and grouchy parents winding through a plastic, made to look like ice igloo. Fake glitter snow fell at one point, so I scored points with the boys there. 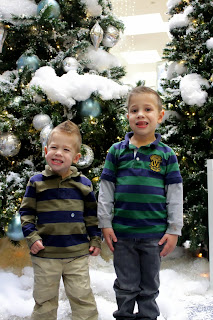 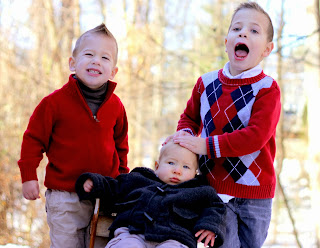 So the "ice palace" won't be a repeat, but made for some fun stories. We've also been reading through the account of Jesus' birth for advent, from prophesy to his temple dedication. Our house is full of Christmas music, wrapping paper, secret present stashes, and giddy boys. 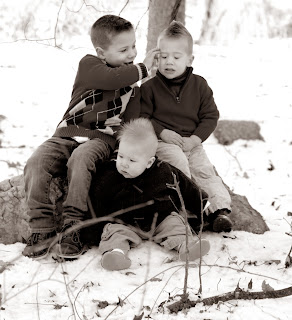 The season is fleeting, but the excitement isn't. These boys are only young once and it's worth the fight to slow it down and savor the gift of life God gave us through His son with the three He blessed me with.
Labels: Holidays parenting