Baby It's Cold Outside

I've come to the realization that the cold is here now. No more 70 degree days on the ten day forecast. 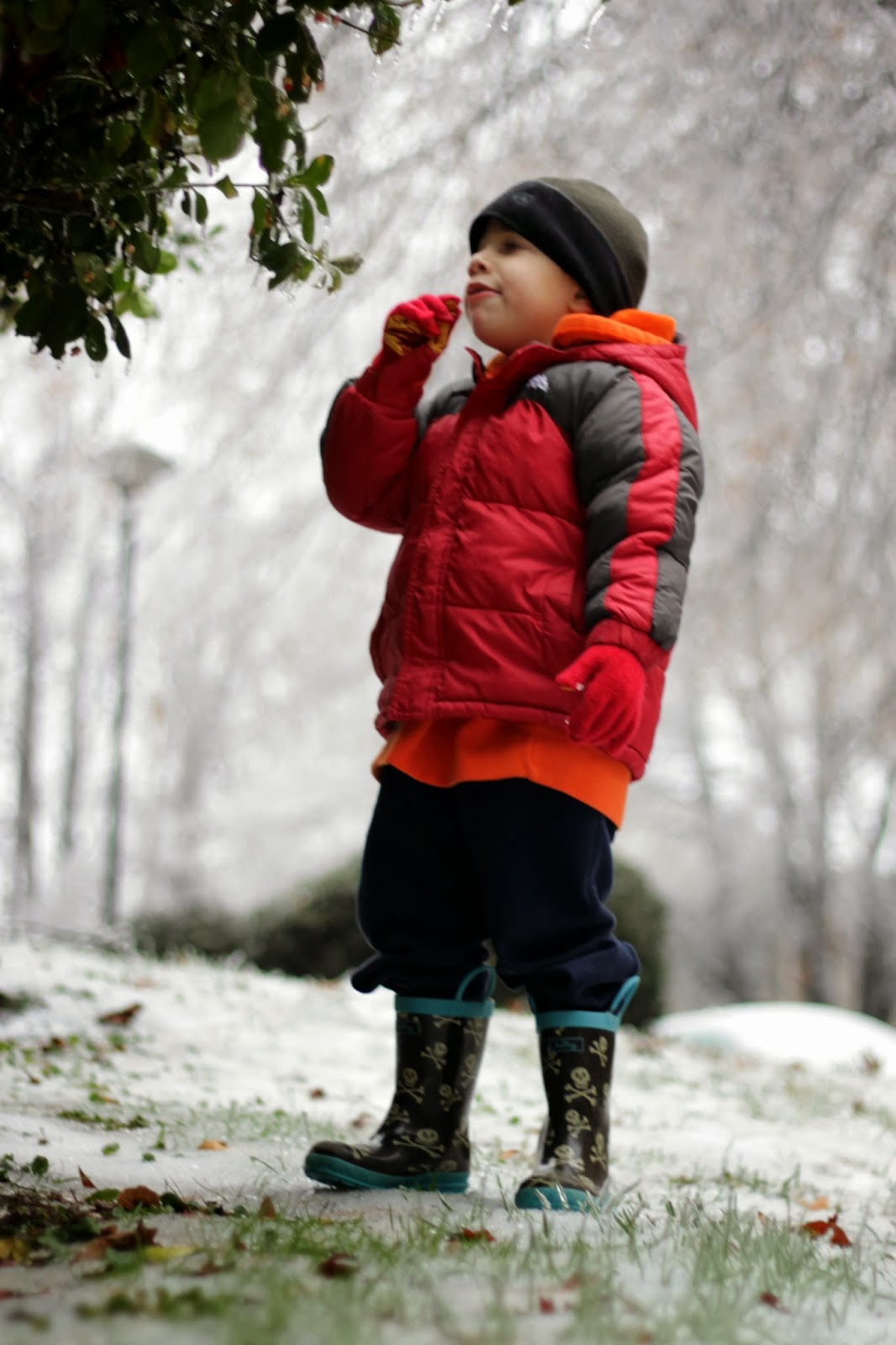 And even though I am in no way a fan of the cold, if it has to be freezing, at least it should snow, or ice, or something like that. A blizzard would be acceptable. 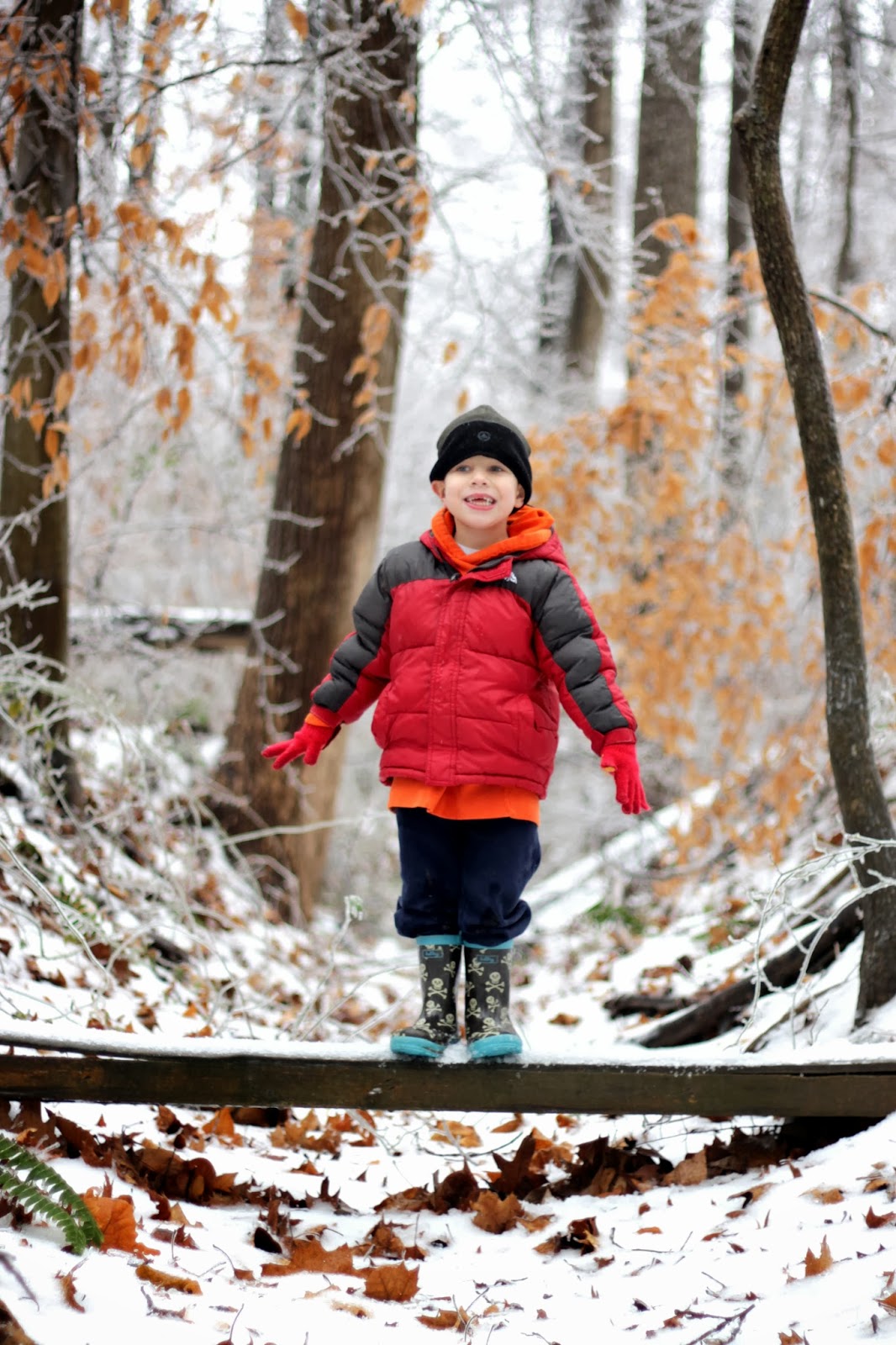 It provides a great deterrent from the shivering to root for insane accumulation and get excited about things like snow men, snowball fights, and snow cream. 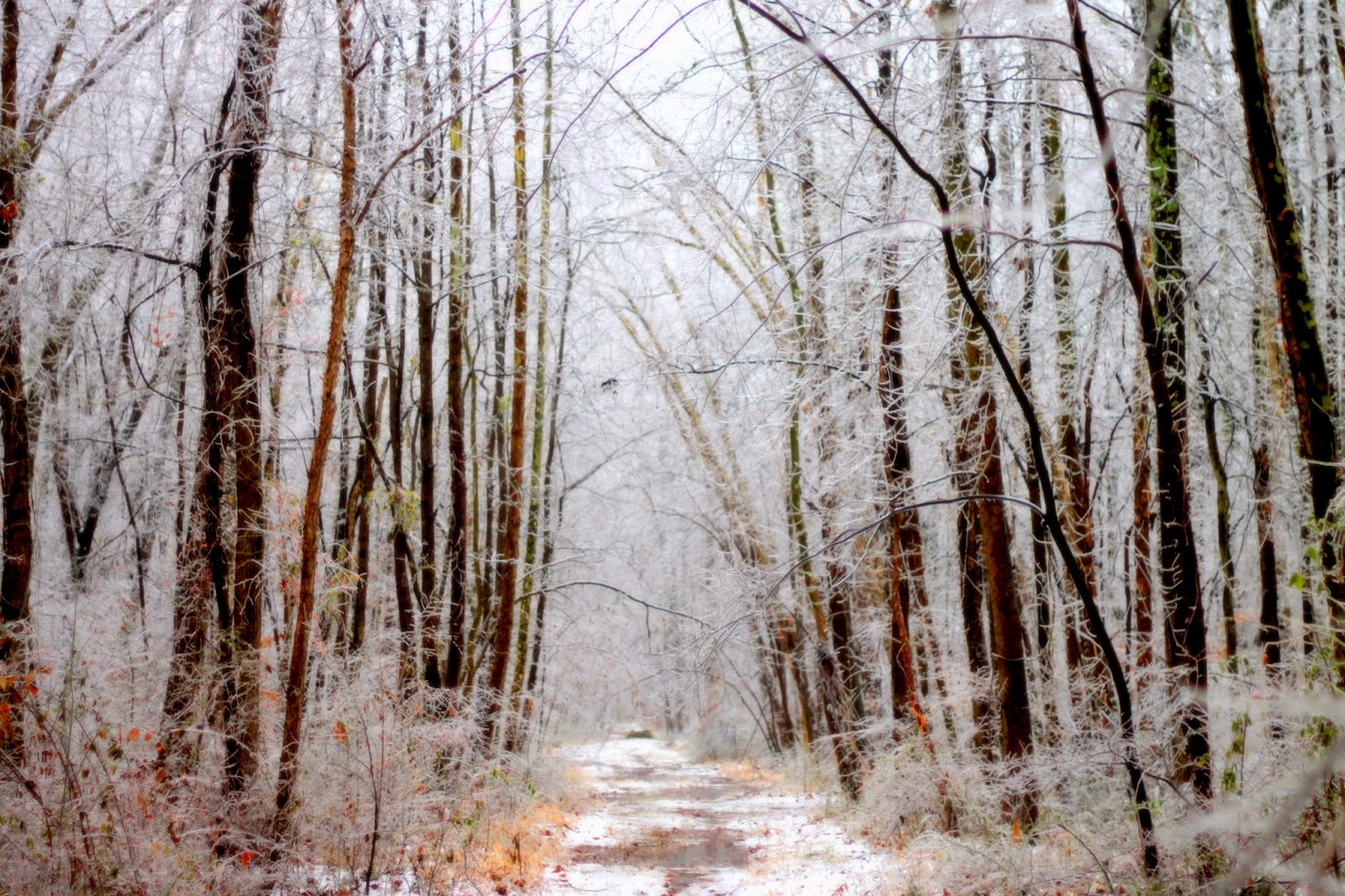 And with snow and ice on the ground, it's the only time after October you'll hear me say, "let's go play outside." 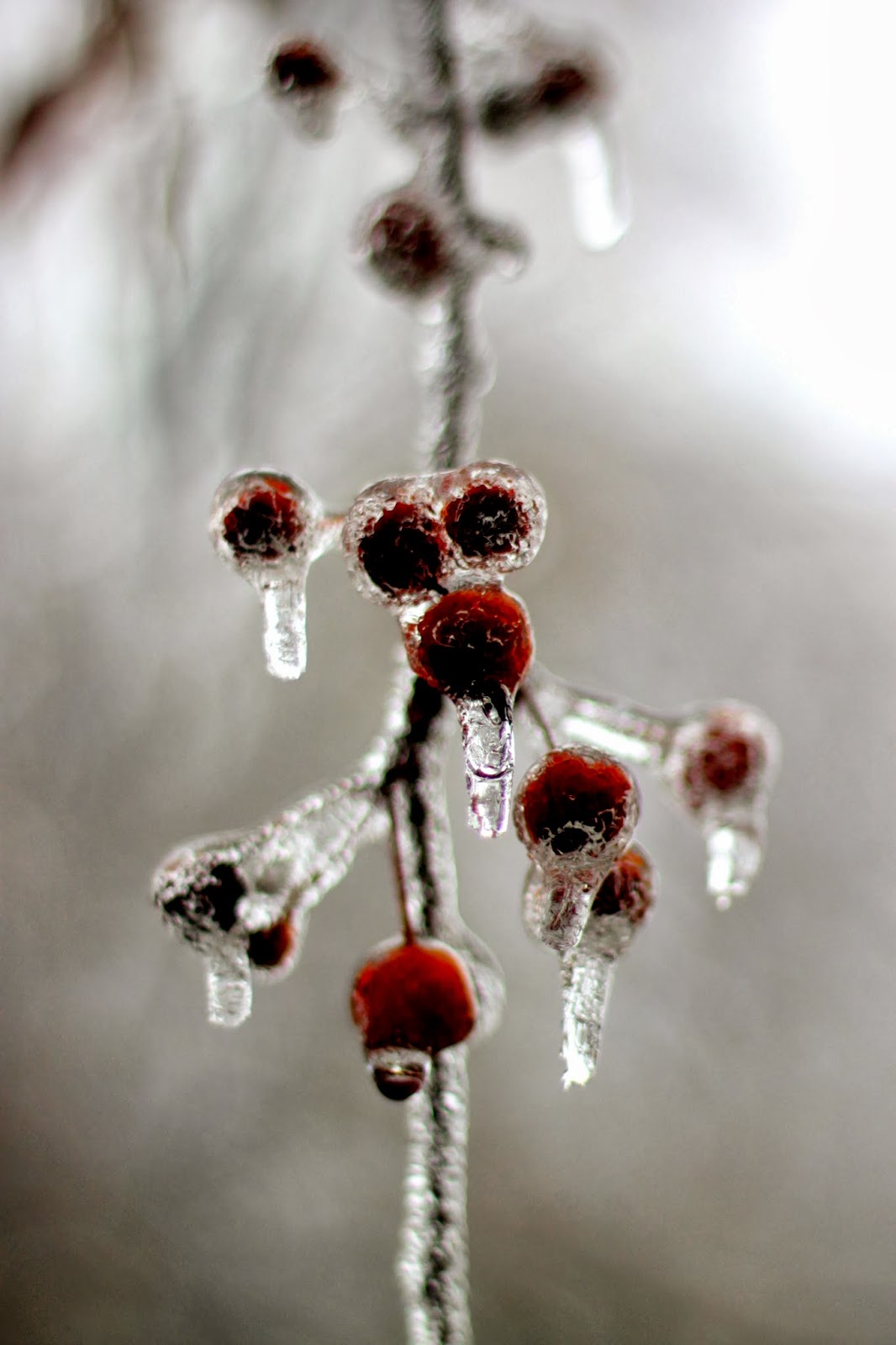 It's the only time I justify the 45 minutes it takes to bundle three boys up in snow gear before going outdoors for only 20 minutes. 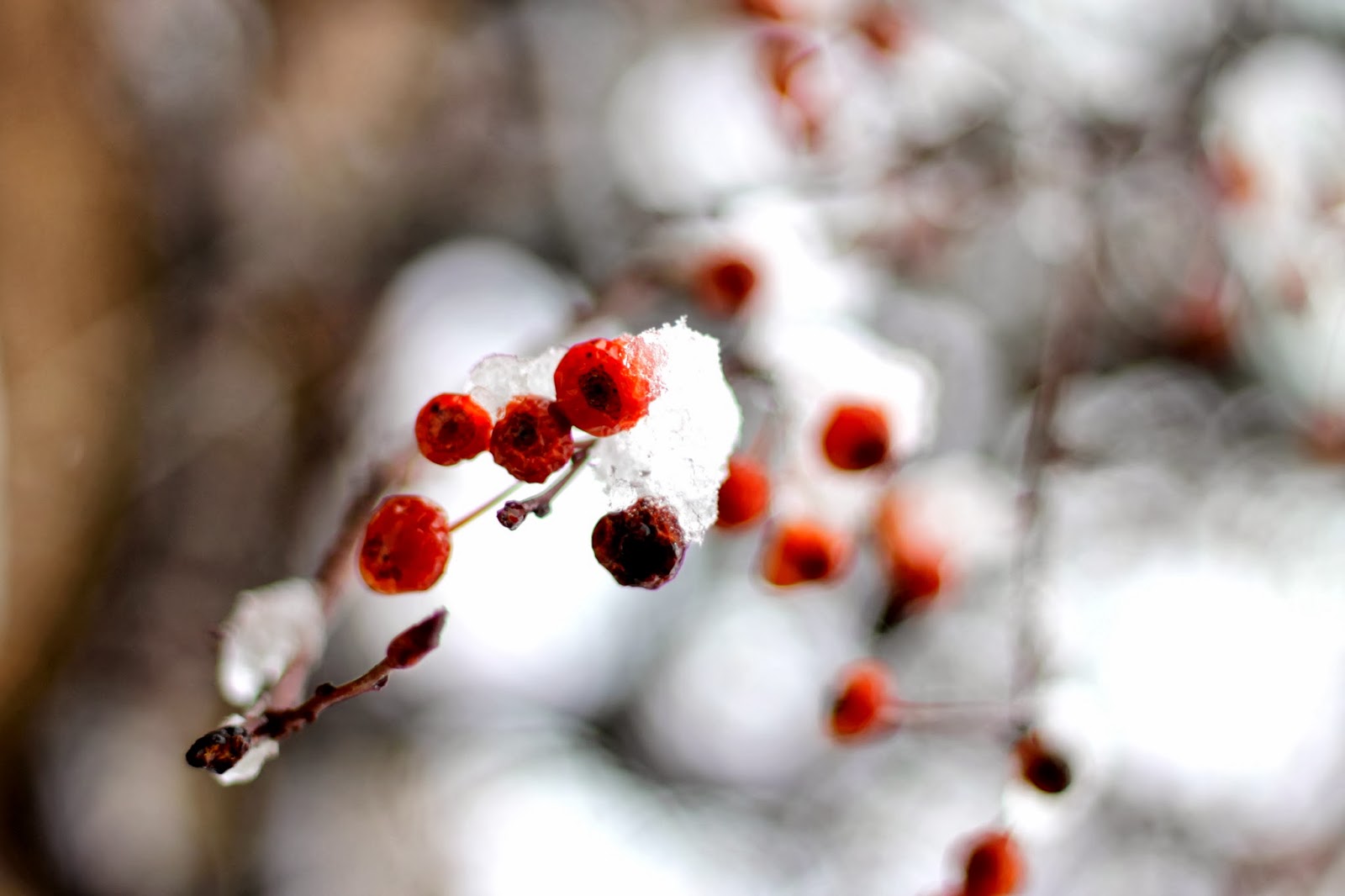 And even with all the layers and zippers, and insulation, and liners, Jefferson was just not into it at all. 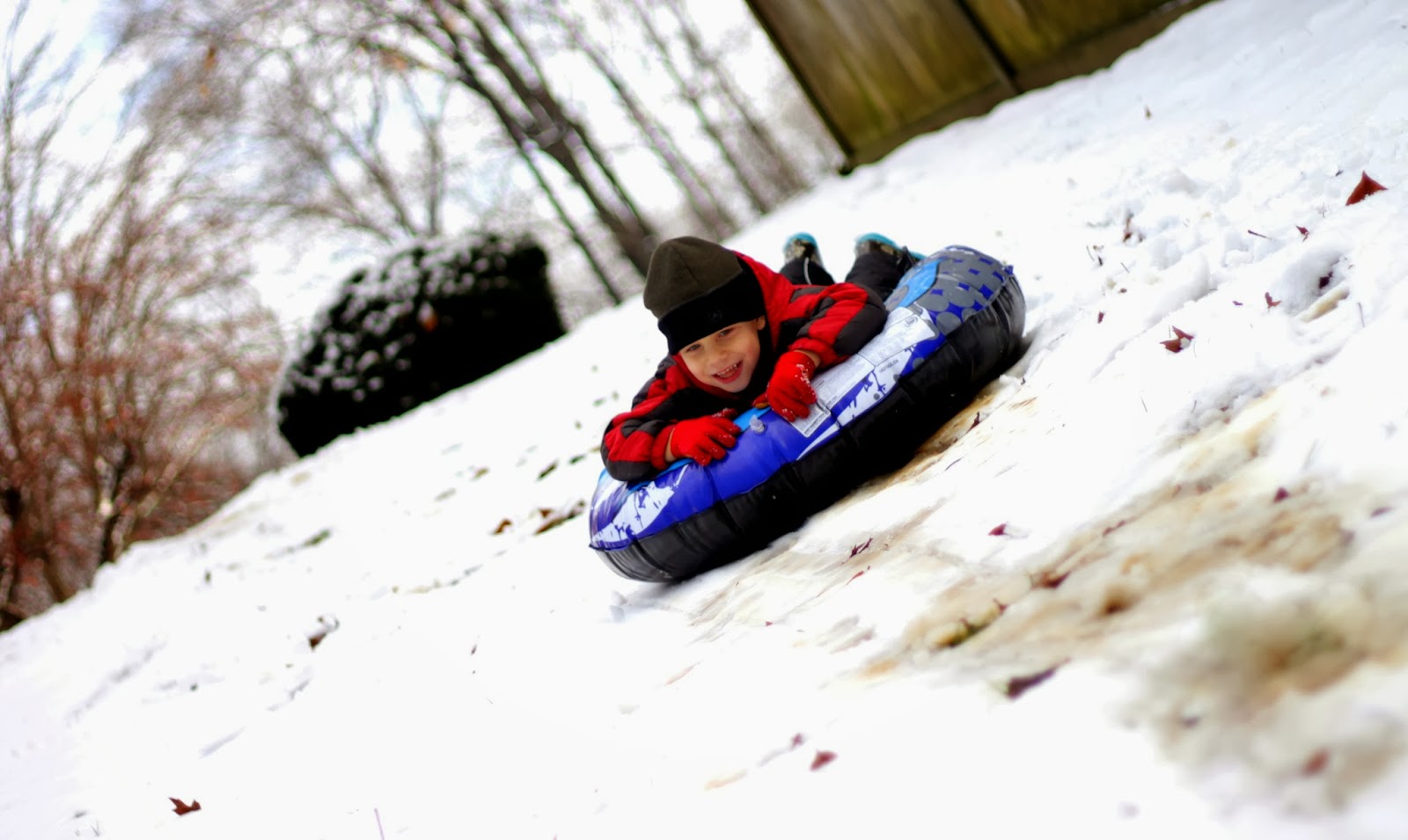 The poor guy probably thought I was crazy taking him from his warm blanket cocoon and out into the artic. 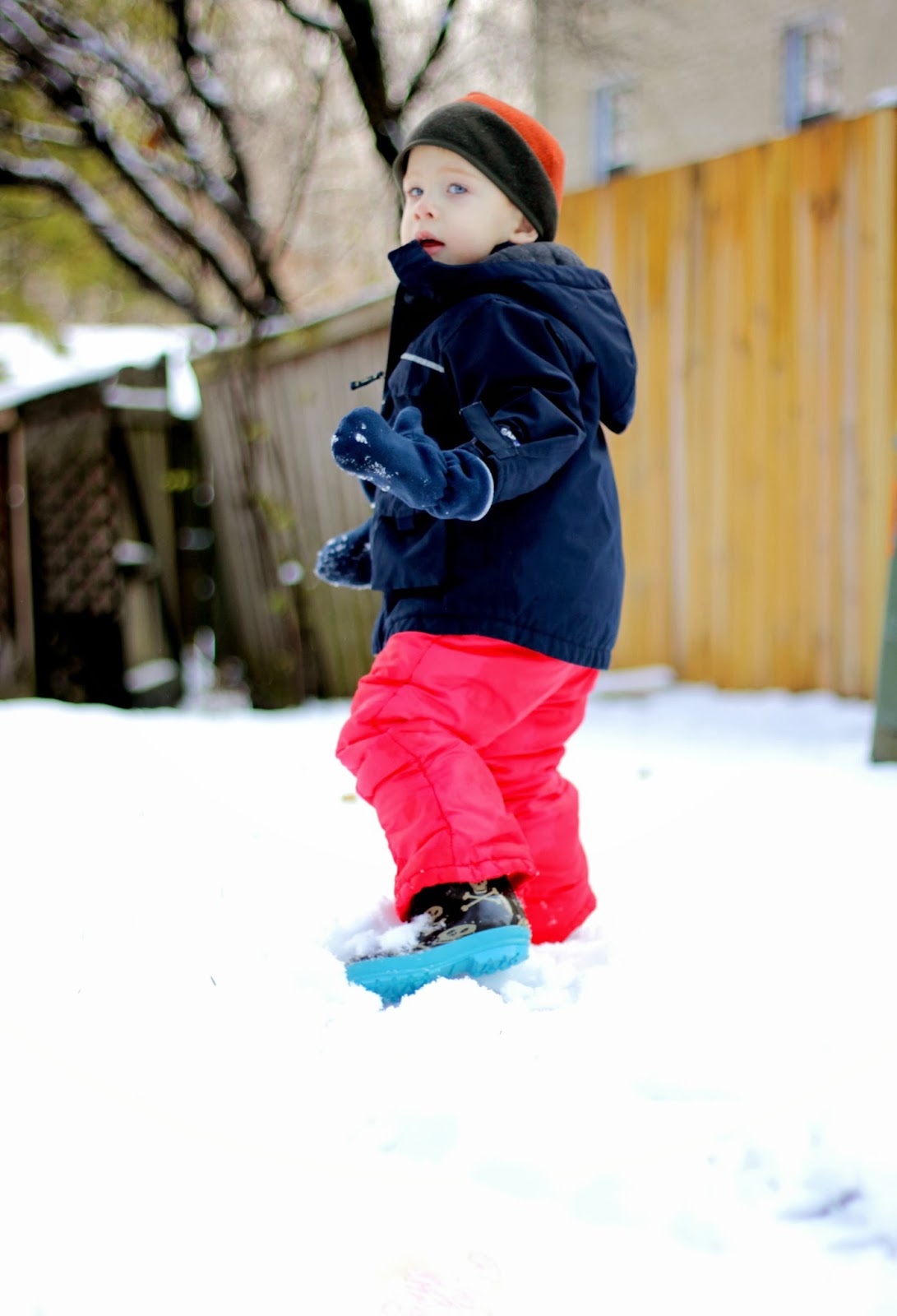 He took one turn down the icy hill before hiking back indoors where sane people stay until Spring. 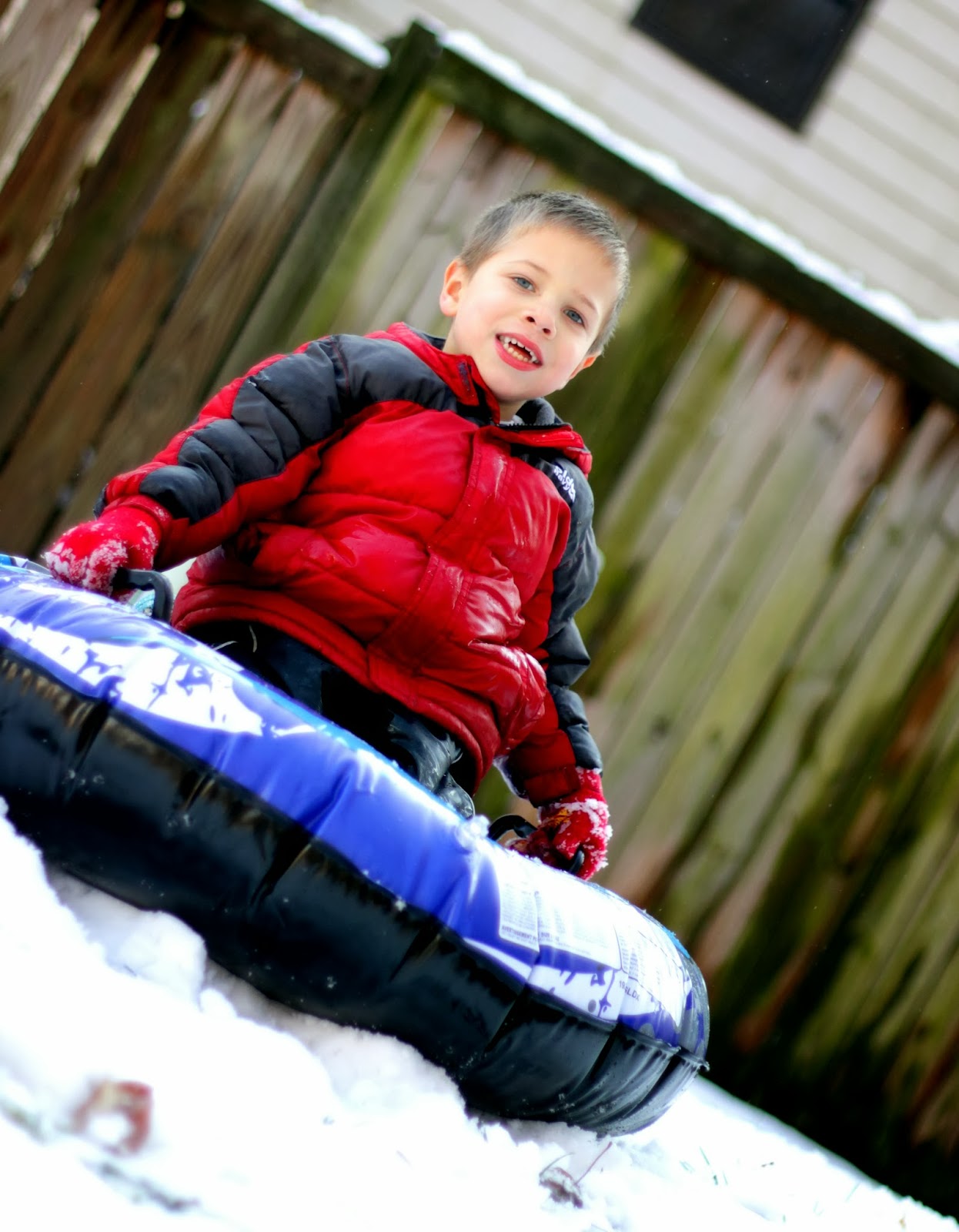 Thrill junkie, Harrison, got crazy bailing and crashing into icy drifts before he decided to go inside to get feeling back in his fingers. 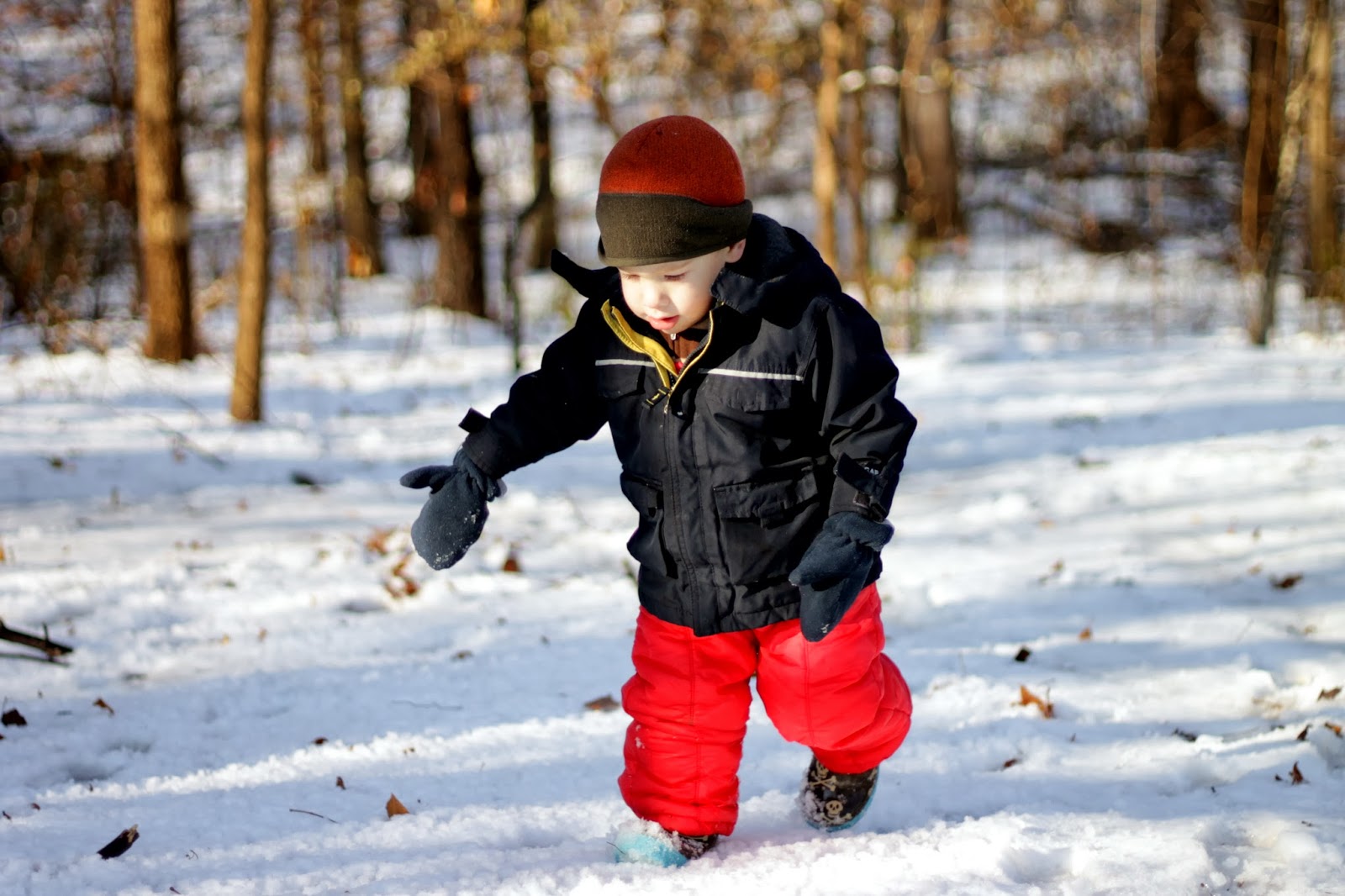 I know in a few Winter's time I'll have three thrill seeking boys finding ways to speed up the sleds along with my heart rate. So it's ok that 2 out of 3 boys would rather skip the snow and go straight for the hot chocolate. I'll join right in with that kind of winter fun too.
Labels: Brothers Outdoors