So I suppose the last day of the year gets me thinking about all that's happened over the past 365 days. I'm not much one for living in the past or making resolutions for the future, but I do love laughing at memories, bad pictures, days gone wrong, and sweet moments caught forever in time. 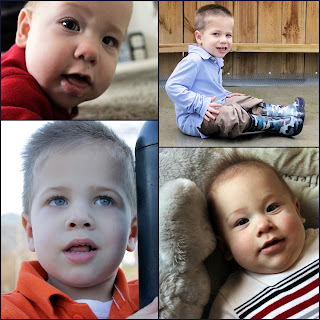 Hard to believe the year started off with my chunky monkey 6 month old and my energizer bunny 2 year old. We hit the ground running at the beginning of 2012 and never stopped. 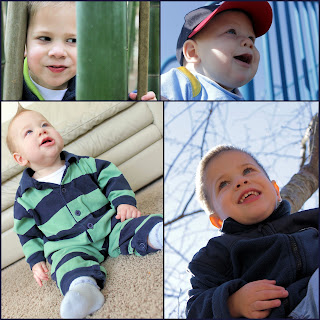 February bought along new achievements of sitting up and climbing trees. We took a road trip to Virginia for Aunt Lina's wedding shower where Jeff was diagnosed with pneumonia and Harrison basked in the spoiling of all grandparents, aunts, and uncles. 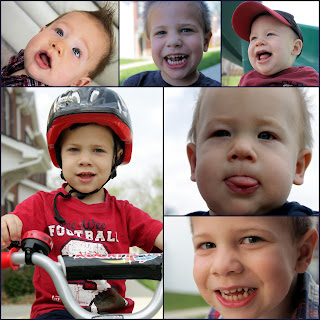 March in Tennessee ushered in summertime so the days were lived outdoors. Harrison celebrated his third birthday and promptly asked when he would be 12. He was a ring bearer in Aunt Lina's wedding and became a bike riding fiend. Jeff started army crawling and my days of chasing 2 officially began. 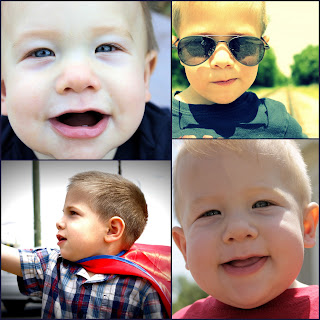 April bought with it our super hero phase of capes and masks. It came with adventures in creek explorations, falling into fire ant hills, and discovering Jeff will eat anything you put in front of him. It brought with it neckties and shades and our favorite tradition of celebrating Easter in Pensacola, FL. 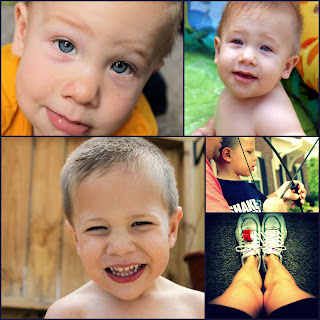 By May the days were long and hot and we lived by the pool, or at least our 6" inflatable one on the patio. I ran my first official race, Harrison became and archer, and Jeff started breaking out of his shell becoming Mr. Social. June took us to California where we spent a week exploring sights we'd only ever heard about. We dipped out toes in the icy Pacific, walked along Laguna Beach, followed the Hollywood walk of fame, and soaked up every memory making moment we possible could. 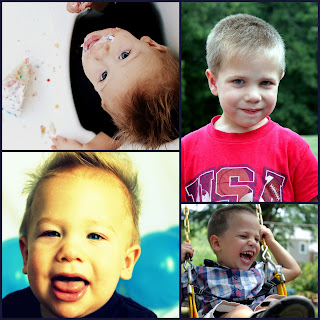 July left us with two big boys as Jeff celebrated his 1 year birthday. The month also included fireworks, snow cones, a Virginia road trip, and staying as cool as possible in triple digit heat. By the end of this month Matt was figuring out a big change was about to occur, though I was still in the dark... 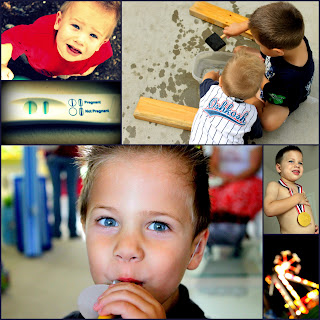 August arrived and with it gold medal dreams of my future Olympian, county fairs with corn dogs and cotton candy, a growing independence in my hands-on little men, and the two little blue lines that gave us the surprise of a lifetime as we all celebrated Baby Clark 3. 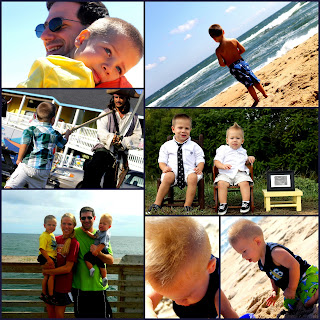 September saw morning sickness, night sickness, and car sickness. We traveled to the Outer Banks for a week and I lived off popsicles while the boys lived off sea and sand. There was sword fighting, morning jogs with sisters, suntan lines, and establishing a love of the coast in my boys. This trip also helped us complete a "Sea to shining sea" accomplishment having gone to the Gulf Coast, Pacific, and then to the Atlantic within a 5 month time span. 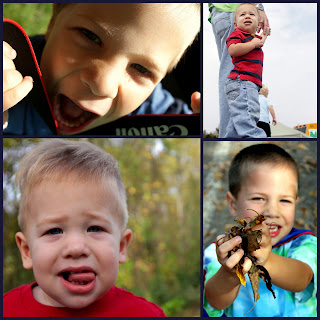 October saw changing leaves waving goodbye to the summer days and falling in crunchy piles for my boys to wallow in. We went to a local festival celebrating all things "pig", got to ride in a monster truck, attended the boys most anticipated annual touch-a-truck, and threw a huge party when morning sickness went away with the first trimester! 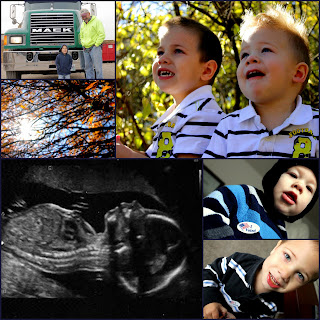 November saw shorter days, a country full of decisions and questions, days focused on thankfulness and gratitude, and the opportunity to be surrounded with family on another trip to Virginia. November also introduced us to our third son, Wilson Tyler and began our anticipation to living life with our three little men. 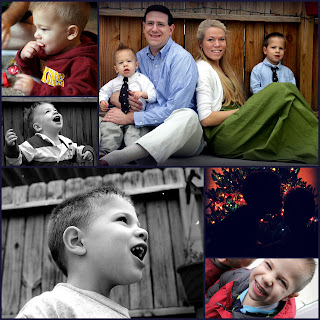 December was once again a magical month where the days drag too slowly for little boys counting down til Christmas and speed by way too fast for momma's wanting to cherish the days of little ones making memories. We wrapped our tree in lights, our presents in paper, and our arms around each other as the month bought about changes that took us on a roller coaster ride.
Our 2013 looks to be an adventure in the making and why wouldn't it be? We thank God for the blessings and lessons of 2012. We dedicate the unknown 12 months that lie ahead to His glory and we step forward into the New Year ready to be used by Him! Happy New Year!
Labels: Family Holidays