Not The Real Santa!

One perk of living in small town USA is the small town Christmas traditions, like the annual Christmas parade down Main Street. 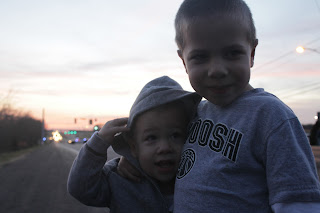 Businesses and churches, policemen and paramedics decorate and light up their cars for a parade that is the perfect length for hyperactive boys. 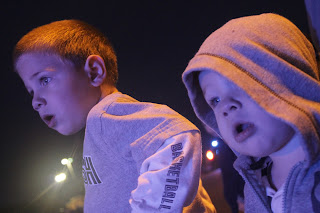 The high school bands pound out drums just loud and long enough to keep these energy balls enthralled and of course the mounds of candy being thrown out of the passing floats doesn't hurt either. 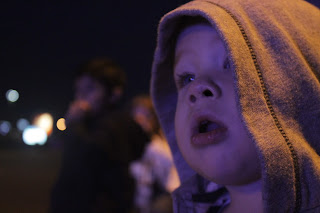 Last year Jeff was a bundled up five month old content to wait it our in the stroller, but this year he wanted in on the action! 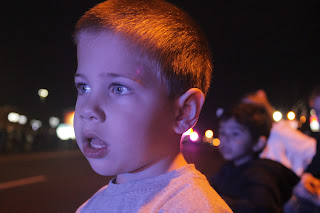 Both boys bravely dodged dance teams and marching bands to save any candy bar stragglers left on the parade route from certain crushing death. 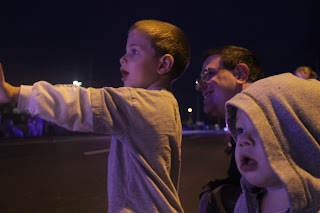 The boys took in their fill of sirens, chocolate, taxidermied deer heads pulling sleighs, and one of the night's favorites, the float carrying the peewee football league. I'm sure Harrison had visions of football players dance in his head that night. 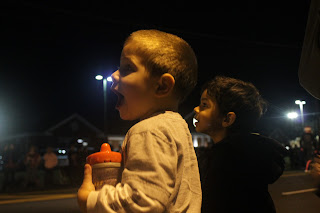 Of course the highlight of my night, and maybe for any innocent bystanders or parade marchers was the moment of Santa's sleigh arrival. If you've seen the movie "Elf" then you will understand Harrison's outburst... 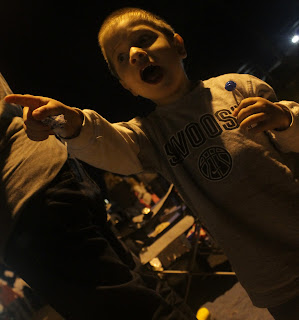 As all surrounding children cheered for the jolly man in red, my child was the one pointing and shouting, "That's not the real Santa! You're not the real Santa!" Afterwards, we loaded up our candy loot and sugar coated boys who both agreed we should have parades every day!
Labels: Brothers Holidays