Two year olds have a really hard time differentiating between pretend and reality. Case and point? 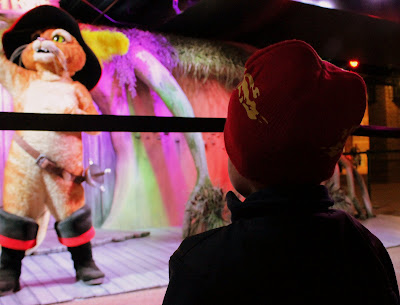 My two year old believes cars can talk, he could get burned on his pretend grill, and that jumping off the back of the couch will launch him into orbit. 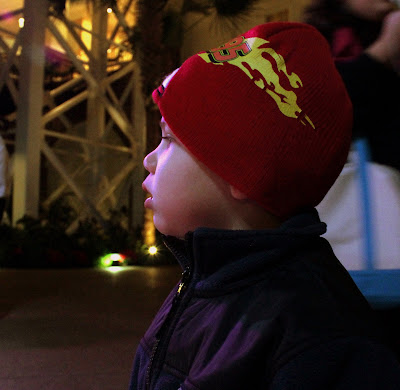 In his little world bad guys are defeated with a down slash of a Nerf sword or with his neon green plastic water pistol. 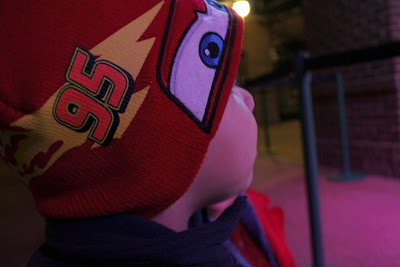 To him the cartoon characters he admires on screen are as real as any actor we would clamor to see walk the red carpet. 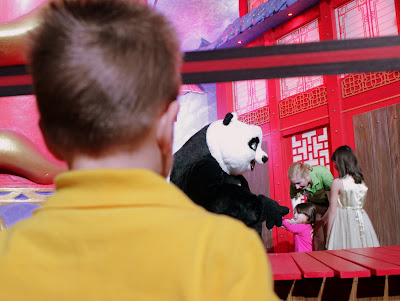 So when he saw his animated heroes in gigantic proportions you can imagine his wide eyed awe. He stood motionless hardly believing what he was seeing. 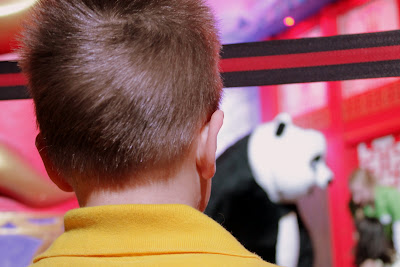 One day he'll figure out that Po isn't real, that race cars can't talk to each other, and that they all remain burned on the back of a DVD. But for right now, it sure is fun to watch him meet his "heroes" and remember what it was like to not know the difference between for real and pretend.
Labels: Harrison