I Think He Likes Him

It's been a bit of an adjustment with Harrison becoming a big brother. There have been a lot of moments that he just isn't so sure about his little brother. 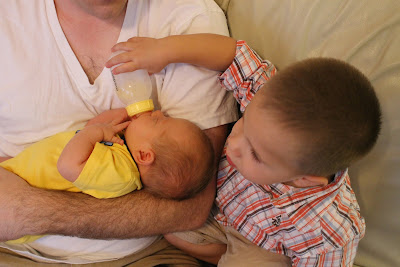 He hasn't been too excited about this squawking, needy, non-stop eating or sleeping kid brother taking up a lot of his mommy's time. But just when I was starting to wonder when he may come around he started to embrace his big brotherness. He has become very protective and doting. 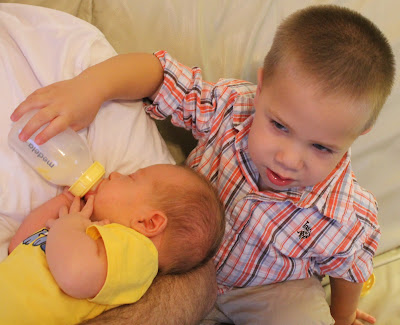 He brushes Jefferson's hair, brings him toys, strokes his face, and tries to calm him if he is fussing. He sings to him, tries to share his snacks, and reassures Jefferson he will "be right back" if he leaves the room for a bit. 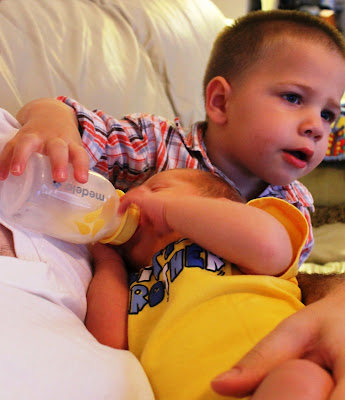 Yesterday he helped feed Jefferson his first bottle. He thought he was something helping Jefferson eat. I'm glad he is realizing this big brother thing isn't so bad after all. It sure does this momma's heart good seeing my big boy watch over my baby boy.
Labels: Harrison Jefferson