Since we knew our move to Tennessee would make it a little difficult for family to be here for Harrison's second birthday, we celebrated a little early. 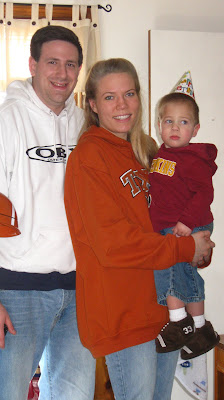 We threw an awesome football party for him and the NFL was even kind enough to throw a huge football game called the "Superbowl" for him on the same day! 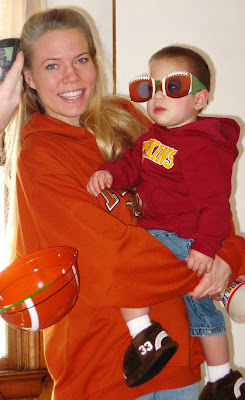 To say this guy loves himself some attention would be an understatement. He was so excited about everything...the presents, the cameras taking pictures, the candles, the birthday song, and even the birthday hats which he requested! 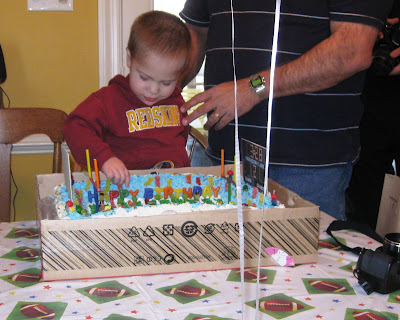 His grandpa made him the most awesome football cake! It was an edible perfect scale model football field complete with stands, referees, and a sweet and sour offensive and defensive line-up. 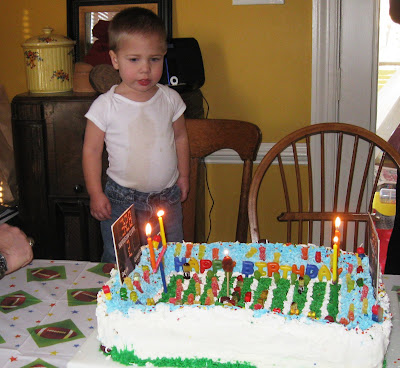 Don't let that stoic face fool you- he was totally into his getting sung to. I have the video to prove it and I will post it later. To this day he asks me to sing him the birthday song every now and then. 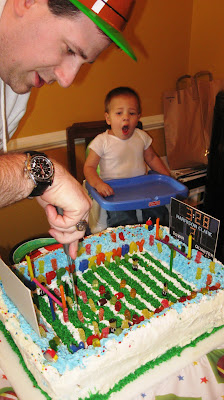 "Daddy! You're getting my football cake!" 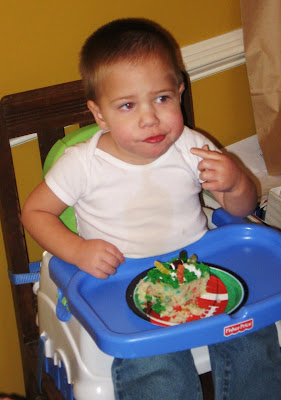 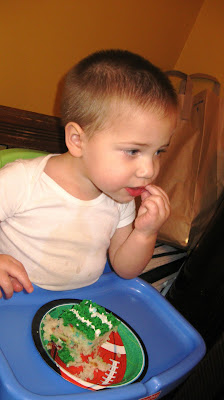 We let him pick which piece he wanted and he was very specific. He wanted a part of the field with the referee on it- maybe it's a future career choice? 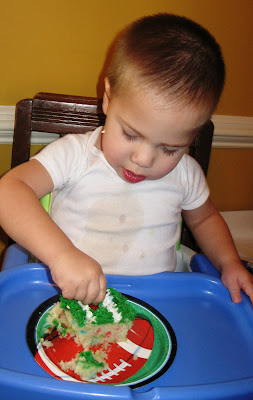 And please pardon the lovely brown stain down the front of his t-shirt. He had helped himself to his Daddy's Starbucks earlier in the day. I figured he was already stained so I left it on him for the cake eating festivities. 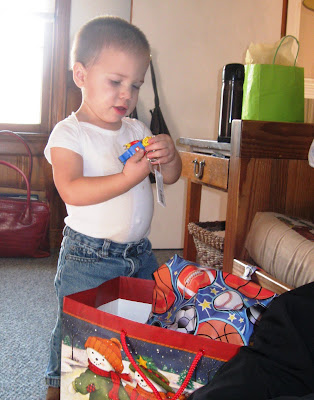 Opening presents, of course, was a favorite. Funny how you don't have to train certain responses isn't it? You say it's time to clean up toys and it's not met with much enthusiasm. You say it's time to open presents and the floodgates of pure joy burst forth- neither response ever being taught. 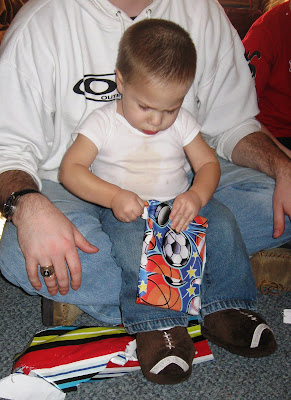 Last year I remember helping him tug the corners of the wrapping paper to get started, by the second birthday kids have gone pro and they rip into those brightly colored surprises like seasoned veterans. 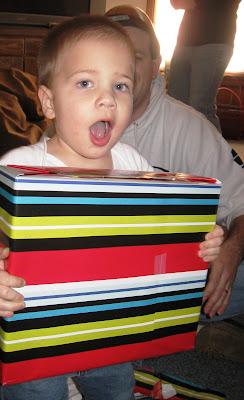 Only two birthdays in his lifetime so far and he already knows to anticipate, to be giddy with excitement, to give appropriate gasps of delight - what an entertainer! 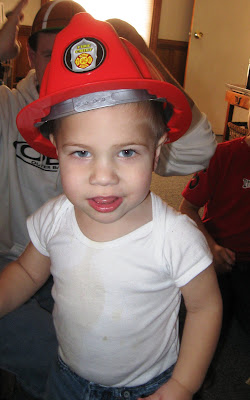 I've been celebrating decades of birthdays now and they are always exciting and I always look forward to them, but the two we've shared with this guy have been so much more. 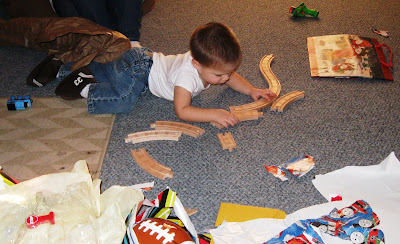 It really makes me think about our Heavenly Father and how He loves to give us gifts as well. I see from a parental perspective how much sweeter it is to give our children gifts than our own selves. Such a blessing to see their joy and excitement! 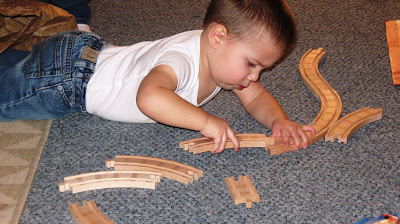 Harrison had a great time at his first, second birthday! From the fun hats, to the special football cake, to playing with fun new toys all afternoon, it was a very blessed day and one I'm very glad we got to spend with family before we moved. 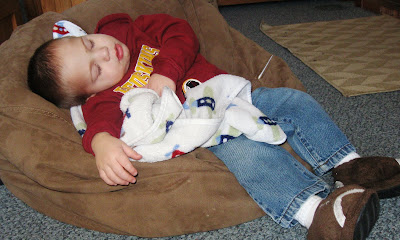 Rest up party boy, your actual birthday is this Monday and we have some more partying to do! :)
Labels: Harrison Holidays