The Virginia State Fair is beloved tradition for Matt and me. 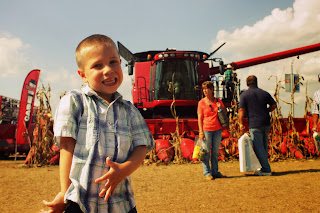 We know it's not glamorous, but it's full of memories. Living in Tennessee we continued the tradition at the best little county fair there. 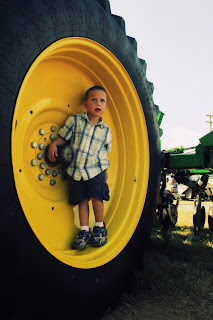 But we looked forward to being able to be back at the Virginia state fair with all our boys. 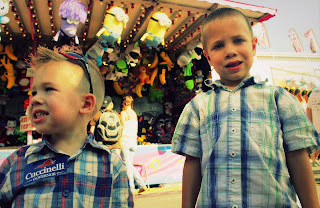 So last weekend, on the hottest day of the year, we braved crowds, carousels, and kettle korn. 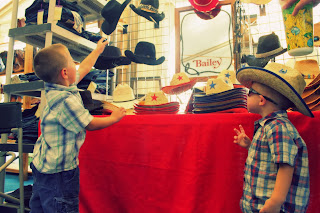 While almost triple digit heat wasn't quite the way our state fair memories went, the boys were unphased. 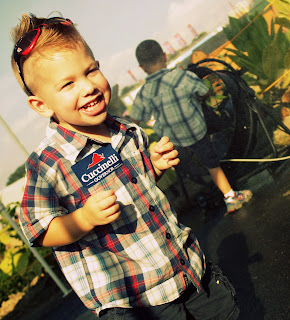 Their wild little selves chilled out in front of mist machines, tried on cowboy hats, and climbed on tractors. 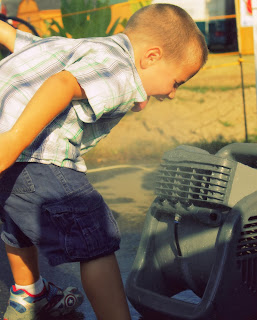 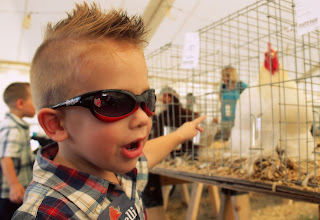 I think I learned a lot this year too. 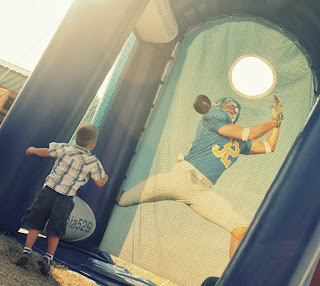 I'm not a huge germiphobe, I mean, I'm a boy mom. But busy public settings and anything involving animals get me grossed out. 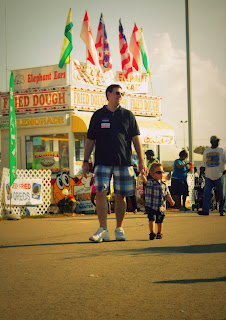 And the state fair is both of those things non-stop. My boys also touch stuff non-stop. 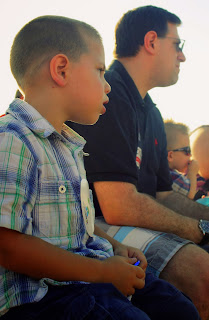 The same little fingers that just poked a goat up the nose grab a fistful of popcorn and I groan. 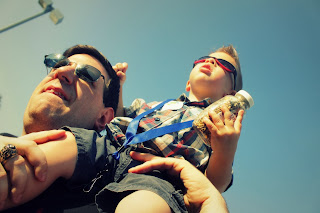 Boys will be boys, and in this case they were sweat streaked, dust covered, animal slimed, lemonade stickified, energetic wild men. 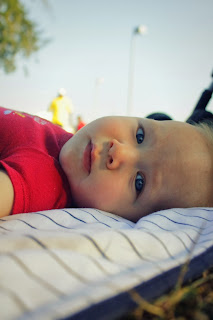 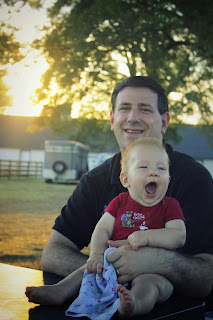 So maybe I let go a bit of my purell and baby wipe arsenal. My men were having a blast making new memories and getting caught up in their wonder was a so much better way to spend the day. 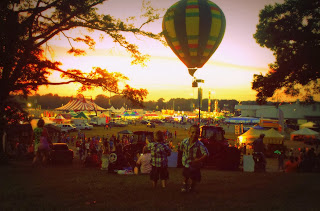 Our state fair is the best state fair and it sure was great to be back.
Labels: Outdoors Traditions travel