Pirate's Life For Me

While Harrison is convinced the notorious "Captain P." raided our beach house overnight and left an ancient treasure map behind, it was the mastermind of the boys' creative Aunt Nina and Uncle Jon. 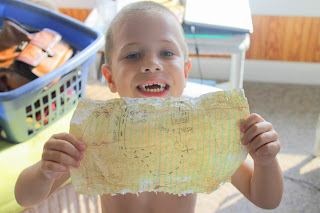 Their creativity was limitless in the treasure hunt adventure they planned and set up overnight for the boys. 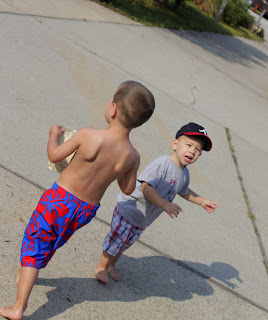 In the morning the boys stumbled across a letter from Captain P. instructing them to follow clues which would lead to a treasure he left just for them. 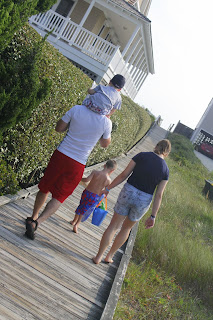 Harrison was quickly sucked into the pirate world and eagerly followed the clues and map's instructions over walkways, stairwells, and beach. 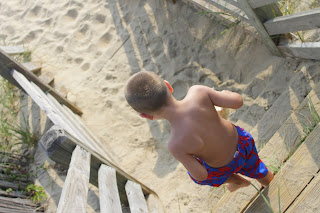 One clue lead to a cache of shovels and digging tools. Another had them walking circles on the shore line. And another lead them right to the "X" marked by sticks on a sand dune. 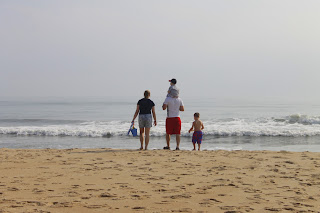 Harrison's excitement bubbled over as he dug in with his shovel all the while keeping an eye out on the horizen for the pirate ship Captain P. must be sailing. 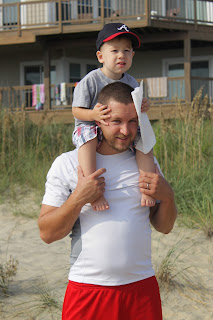 Jefferson knew something was up by all the excitement and happy shouting from his big brother but was content to clutch his "map" and watch the action from his uncle's shoulders. 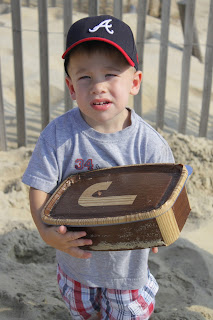 With the help of Daddy, Papa, and Uncle Jon the treasure chests were unearthed and soon spilling over with sugary treasures and priceless toy gems. 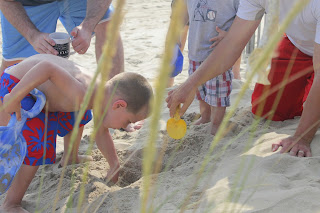 Captain P.'s treasure hunt was a highlight of the week. The initial treasure chests have been cherished, the sugary loot has been devoured and Harrison is convinced the pirate, Captain P., will return again soon.
Labels: Family Outdoors travel