Memorial Day weekend we wanted to do something fun with the boys. We figured most Memorial Day celebrators would be standing around their grills in a backyard. 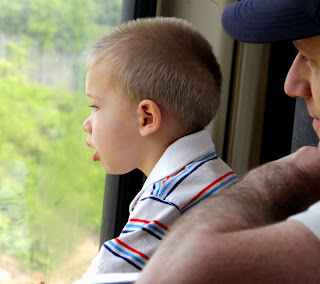 We figured wrong. Why we didn't put two and two together I don't know. We felt so honored to be able to observe Memorial Day in our nation's capitol so why not head into DC to explore. 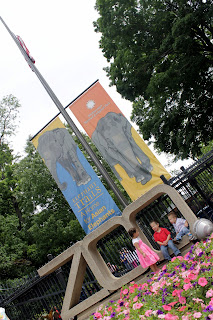 Well, about 580,000 other tourists and veterans felt the same way. We boarded the metro near our house along with parade goers and baseball game attendees. Within 2 stops it was standing room only. 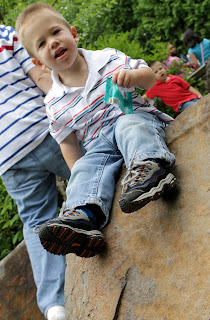 By the time we got to the zoo, the masses had swelled beyond what the sidewalks could hold and disappointment with humanity set in as full grown adults seem to have no problem bowling over my toddler to get by. 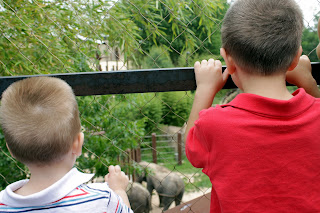 But the crowds didn't seem to bother the boys who can't ever get enough animal action. Jefferson is a tad obsessed with elephants these days so he was pretty excited for the up close encounter with the giants. 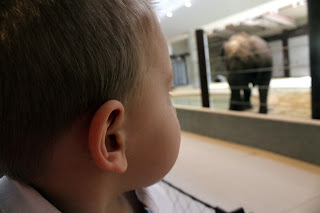 Harrison begged to see the octopus. But for some reason became gripped with fear by the time we approached the exhibit. He ended up face down on the floor between Matt's legs begging for his life from the 8 legged monster enclosed behind six inches of glass. 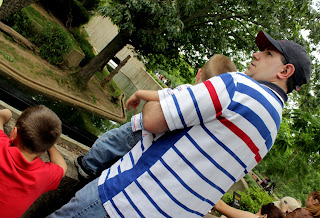 The day started getting long and little legs quickly gave out, but we thought that boys would really enjoy a sight of the "King of the Jungle" so we hiked on. 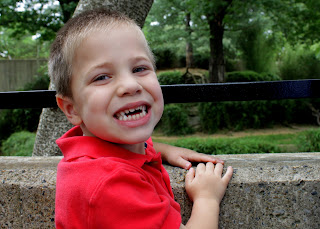 We got them all the way to the enclosure where Harrison obliged me with a picture with a tiger - notice there is no tiger behind him. But with 50,000 people behind me trying to get to the rail for their own glimpse of the striped cat we had to snap and run...oh well. 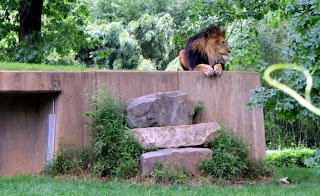 And then we came to the main event, the massive lion we just knew the boys would go crazy over. And you notice how there are no boys pictured here? Because there was a water fountain nearby, that's right a water fountain. And to two crazy boys with a huge imagination, the splashing fountain was way more enticing than a lazy jungle cat.
So lessons learned...the nation's capital will probably be crowded on national holidays, and when looking for some free entertainment for kids, just add water.
Labels: Holidays travel