As of lately, Harrison's favorite footwear has been one that involves wheels, "tricks", and scraped knees. 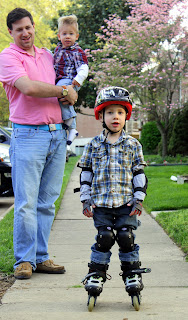 Even with the pads on, jeans don't stand a chance to go unripped across the knee once Harrison gets going on his "roller-skaters" 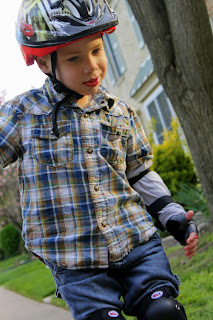 He watched one X-Games competition and it's been talk of ramps, jumping down stairs, and going down railings ever since. 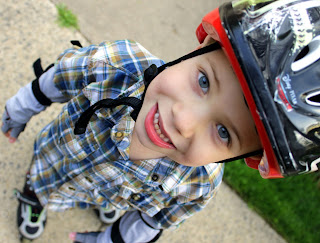 He skates to the top of the sidewalk and rolls back down picking up speed quickly which makes me thankful for neighbors with large soft mulch beds around their landscaping which Harrison has learned to dive for. 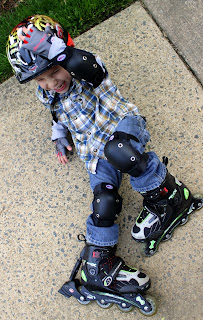