The crowd was about the same as Times Square on New year's Eve. The noise was enough to drown out Jefferson's cry. And the rush of people was enough for us to form a human chain to forge through. 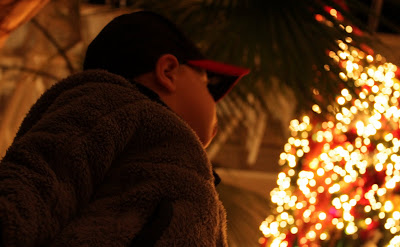 But the Christmas trees were taller than houses, the lights equaled the stars, and the excitement of Christmas coming was more contagious than I've ever seen and we were all lost in the magic. 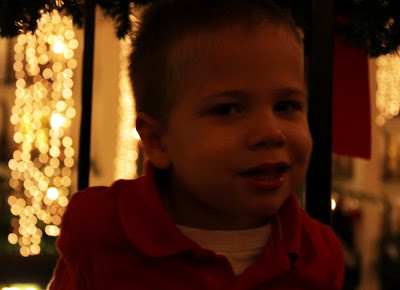 Six hundred plus miles separate us from the Christmas traditions and memories we've made our entire lives. So Matt and I wanted to try to find something to fill void and create some new memories with our boys. 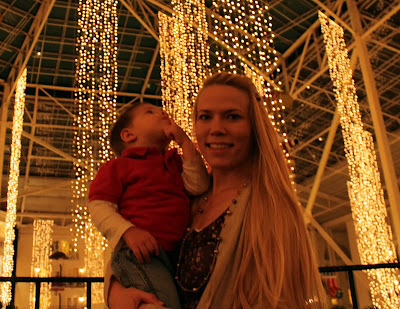 We spent the evening gazing at thousands of lights raining down from the glass ceiling of the Gaylord Opryland Hotel. It was hard to watch where you were going as you tried to take it all in. 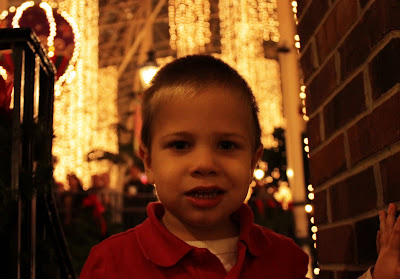 The boys stared in wonder and I can't count how many times Harrison would giddily exclaim, "It's Christmas!" It was hard to get a good picture of both boys together since one or the other would be gazing at lights. 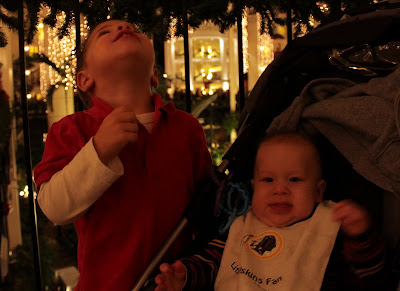 The outtakes are numerous and we still didn't end up with a "perfect picture". But you know what? That is perfectly ok with me. These are where our memories will come from. My silly boys mesmerized with twinkling lights... 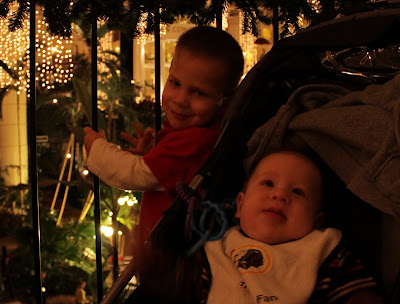 ...one of them running around hyper with the magic of the season, the other wide eyed in wonder. I'll look back and remember Harrison's little hand in mine as we moved through the crowds and Jefferson's smile to see me pushing his stroller. These are the new Christmas memories and I cherish each and every one.
Labels: Holidays