The Man in Red

Santa really isn't a big deal at our house. We haven't really talked about him, and Harrison hasn't really asked, but we found out he was making an appearance at our library's story time. 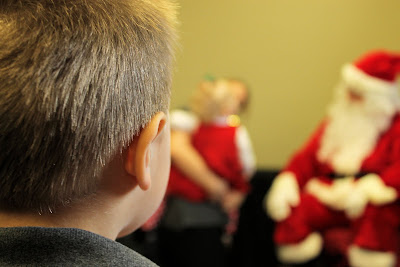 Harrison knows Santa is pretend and Harrison thinks all the coolest pretend guys have guns. So of course he asked if Santa had a gun. Though disappointed to find out Santa does not have a concealed weapons permit, he went along to meet the jolly guy in red. 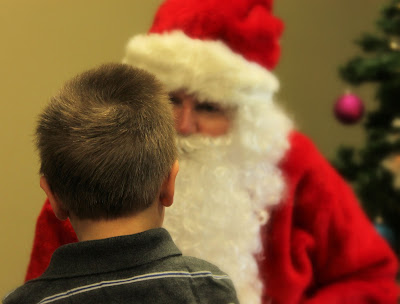 Harrison couldn't wait his turn to talk to Santa and tried to get as close as possible while Santa talked with the other children. This may have had something do to with the fact that Santa was handing out candy and presents. Then finally it was Harrison's turn. 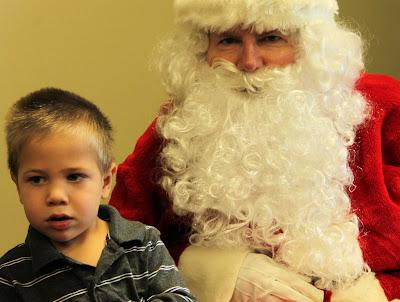 Santa asked if he wanted to sit on his lap and Harrison asked, "Why?" He just kinda stood there looking around, wondering how long he has to chat it up with the bearded guy until he got his candy. Satisfied with his sugar fix, Harrison was off and hasn't talked about him since. So I guess Santa still is not a big deal at our house.
Labels: Harrison Holidays