Our little man is now five months old. Hard to believe we are almost at the half a year mark! This month has been full of milestones for Jefferson. He is the sweetest little cuddler and very entertaining! 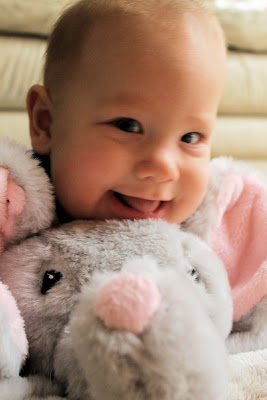 Jefferson is a tank and growing fast. He is in mostly 9 month clothing, though some 6 month items still fit. He can even wear a few 12 month things, but they are a bit baggy. He is in size 3 diapers. 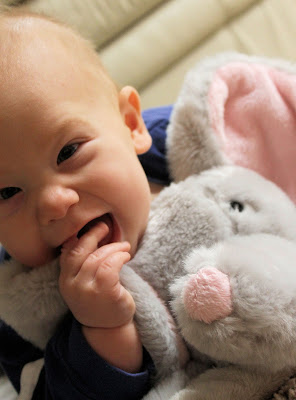 This little guy switched to a 2 nap schedule which makes life so much smoother since we are on the go with his big brother! He takes a 2 hour morning nap and almost 4 hour afternoon nap. Then our great little sleeper goes about 11 hours at night. 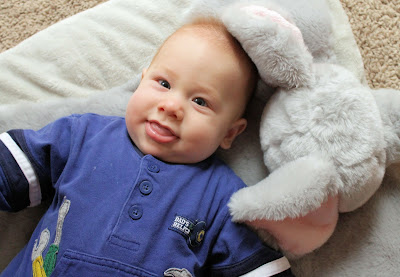 This boy loves food! He eats solids for dinner every night. So far apples, sweet potatoes, bananas, and prunes are his favorite. He does not like pears or peaches...I have no idea how in the world anyone could not like peaches or pears. 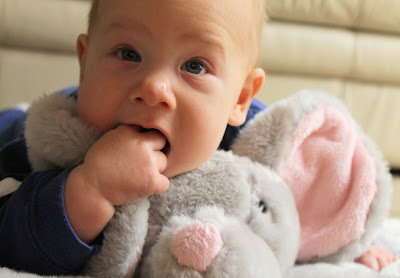 He loves to watch Harrison play and couldn't be happier than when Harrison interacts with him. Jefferson also started laughing! A barking dog is what triggered his giggles and since then the most random things will get him into hysterics including sneezing and being tossed in the air. 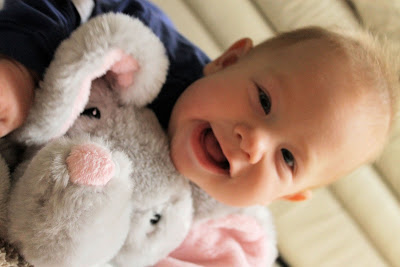 He graduated from physical therapy last week! He has one more check up in late January, but his therapist considers "graduated" and says he is perfectly normal with his neck stabilization and development. He is working on rolling over and sitting up, but she is pretty certain he will be proficient with those skills by New Years. 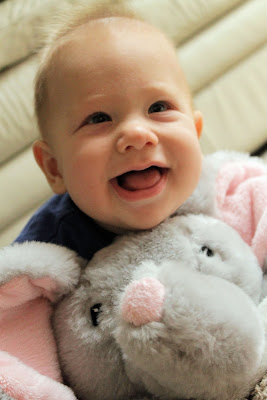 Our happy, laid back boy also started "talking". So far he is babbling "Dada, Mama, Blah-Blah, and ya-ya" over and over and over! We feel so blessed having Jefferson in our lives and we are enjoying getting to know our little man.
Labels: Jefferson