Our church had a definite first for us. This past Sunday was pajama day for all the kids. After convincing him we were not crazy for letting him in public in pj's, Harrison was all for it! 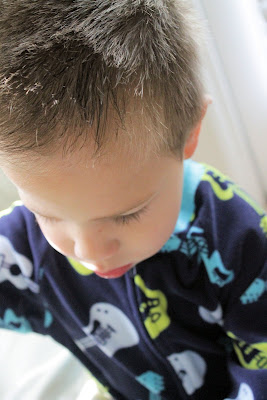 He chose his all time favorite guitar pj's. He knows which are the electric, acoustic, and bass on the print on his pj's. He could hardly believe we were actually letting him do this and kept saying, "People will think I am silly and laugh! I like to be funny!" 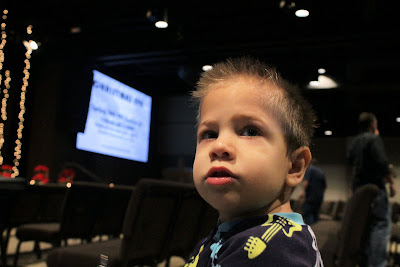 Harrison and his best friend Jaden had a good laugh with each other over wearing pj's at church. To top of the footie jammie fun-ness, Harrison has also been in a video our church did interviewing kids questions about Christmas. 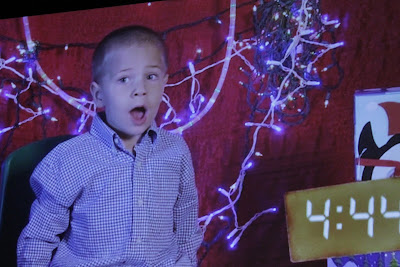 Harrison thought it was pretty cool to see himself up on the big screen. He started pointing saying "That's Harrison up there!" The first question he was asked was, "What is your favorite part about Christmas?" After a long "Ummmmm..." he finally said, "I don't know." Then they asked, "What do you want for Christmas?" His answer? "I want a Jeep! A big one, not a little one...a real one!" I figure I still have over 24 hours to change his mind because there are definitely no real Jeeps under the tree. I also need to try to explain why we won't be wearing pj's to Christmas Eve service tomorrow!
Labels: Harrison