The Morning Show on WakinUp-FM

Since the boys now share a room we are usually woken by the sound of laughter, chaos, bangs, and thuds. Who knows what is going on behind their closed door. 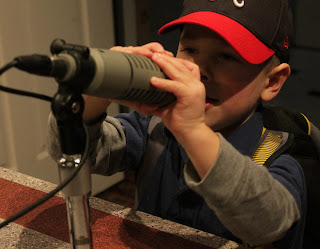 When I'm not fully awake and registering what all the noises could be it kind of filters in like a background radio with my own little disc jockeys. 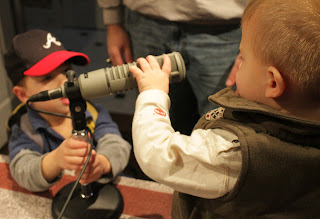 These two could keep the air waves entertained for hours with their loud whispering, imaginative play, and creativity...and maybe the tackling and fighting that ensues when they disagree. 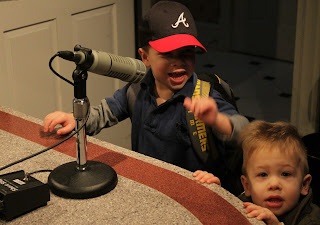 But even my imagination did not take into account the noises we heard from behind their bedroom door the other morning. These guys know the rules, and they know them well...that door doesn't open until 8am. 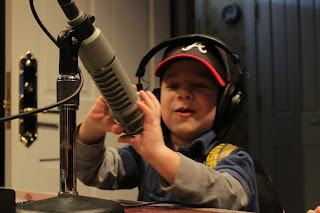 So as usual, they entertained themselves, and us, with a pattern of giggles, followed by banging, followed by loud belly laughs, over and over. At 8am, the door opened and two happy little boys rushed our room. 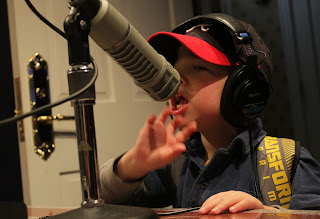 After our "good mornings...did you sleep good?" we asked Harrison to fill us in on the details of the daily morning show since we weren't privy to the studio during recording. 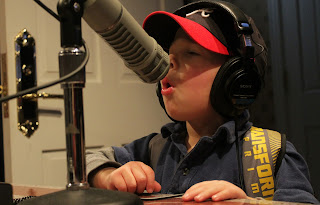 His behind the scene explanation: Well, Jeff was alone in his bed, and I was alone in mine. So I told Jeff to climb up in my bunk (this is not allowed). Then we decided to throw bombs! 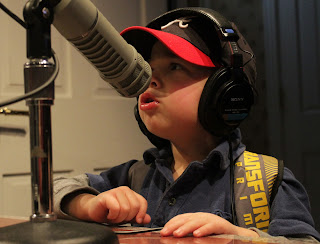 What did you use as bombs? We used books! All kinds of books and they banged loud when they hit the ground! Then it was 8 o'clock and we could come out! 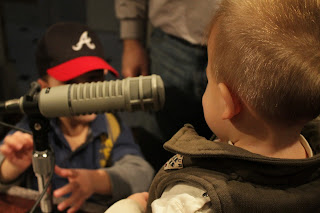 How did Jeff get down? (Did we really want to know?) I climbed down first, he explained, then I stood at the bottom of the ladder and I caught Jeff when he slid over the side. Don't worry, I didn't move away so he would crash, I would just let him fall on top of me, but that didn't happen because I was strong enough to catch him!
(Disclaimer: Thankfully, no boys were harmed in the recording of the Wakin' Up With the Brothers Morning Show. New rules have been established in bunk bed climbing, bomb dropping, and brother catching.)
Labels: Brothers