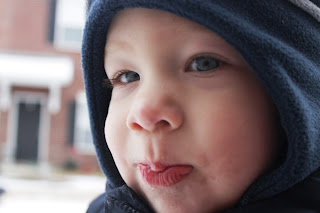 Though we all love this beloved classic, after the 135th time we were kinda maxed out on Snoopy...everyone but Harrison. 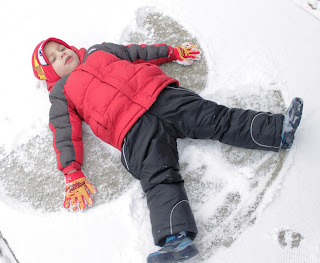 And it was from "Charlie Brownie" (as he calls him) that he got into his head that Christmas meant snow. It can't possibly be really Christmas until the ground is covered in white. 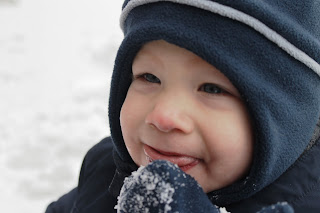 He had made a whole list of snowy fun he wanted to have like Snoopy did. He wanted to make snow angels, go sledding, make a snowman, and have a snowball fight. 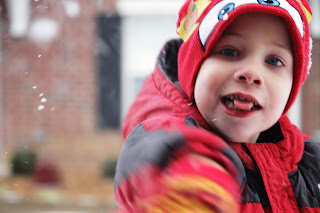 He wanted to swing in the snow and fall off his bike and land in the snow...boys:) Well we got our "snow day", all 1/2 inch of the white stuff, but you would have thought it was 3 feet with the way the boys attacked it! 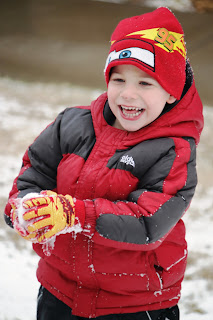 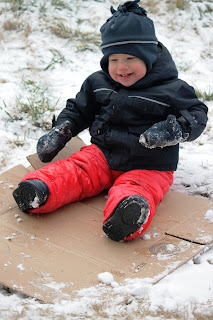 The boys ate their fill of frozen packed flakes and rolled and tumbled until little noses were red and fingers became painful in their sopping wet gloves. 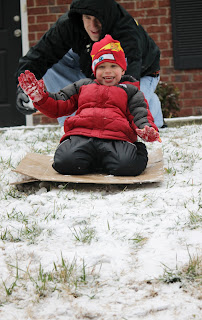 We had to drag them in to warm up as the sun quickly melted away the morning's white fun, but all of us were so thankful for our snow day and a break from the packing. 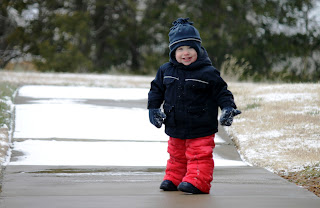