One thing Matt really loves about Tennessee is their laid back laws pertaining to lighting explosives off during certain times of the year. 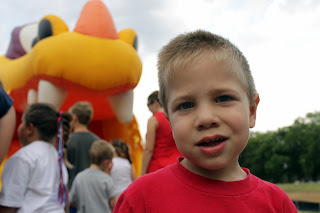 Matt frequents the firework tents when they are set up and comes home like a kid from a candy shop pulling out his Chinese snakes and bottle rockets and other tubes and round shells I can never hope to learn all the names of. 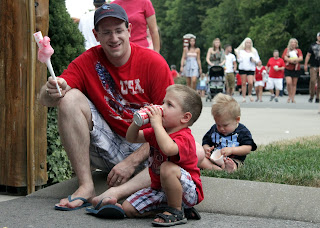 Sadly, this year with record breaking heat and borderline drought conditions, even the state of Tennessee pulled back on it's lasodasical approach to all things exploding. 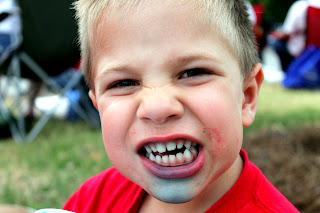 But if you could obtain a permit and a fire truck then you were good to go so we headed to a local church's Independence Day celebration. 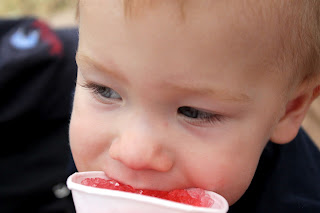 The boys got out all their energy in bounce houses and then we refueled them with a nutritious dinner of blue raspberry snow cones, popcorn, orange sherbert, and cotton candy. Parents of the year. 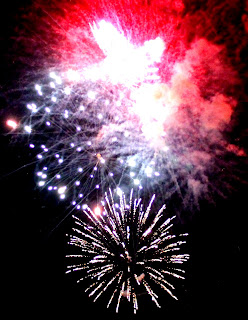 After an amazing Jeremy Camp concert the parking lot lights were shut off and I waited to see how the boys would respond to the rockets red glare. 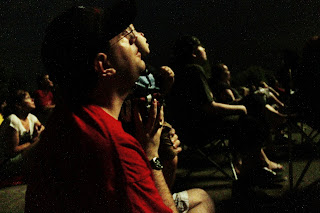 They did not move, not one inch. Did not blink, didn't even breathe. These guys were frozen and I knew right then we needed to work on a law allowing mom's to shoot off a sort of smaller scale firework in order to obtain domestic tranquility occasionally. 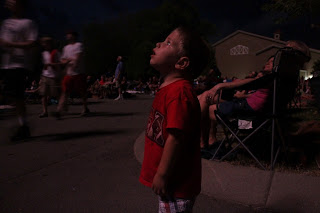 But that's when we realized the State had a good idea about the firework ban this year. Because about 5 minutes later a huge explosion tore through the sky and everything went black...until flames started leaping up from the ground and firetrucks raced in. Exciting to say the least. We headed home and finished off the night with "baby fireworks" (aka sparklers) as Matt explained to the boys about how America came to be. Later, as were tucking Harrison in he said, "I really like celebrating America's birthday...it's the funnest party!"
Labels: Holidays