Why it is called touch-a-truck I have no idea, because you don't just touch "a truck", you touch 50 trucks! 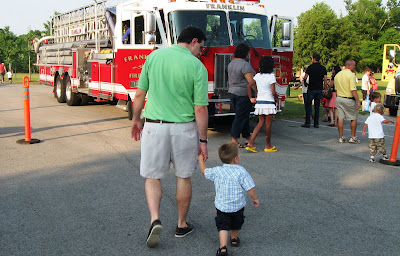 It's every little boy's dreamland and this little man was in heaven! 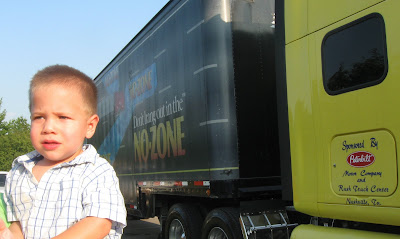 We started off the event with a Peterbuilt, which thanks to the movie "Cars" Harrison identified right away and was in complete awe of! 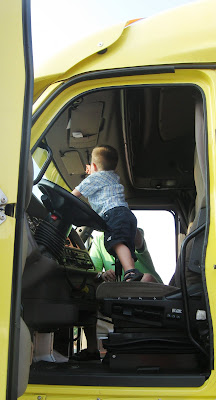 The driver even let him blow the horn, which after calming down from scaring himself, Harrison thought was pretty cool. 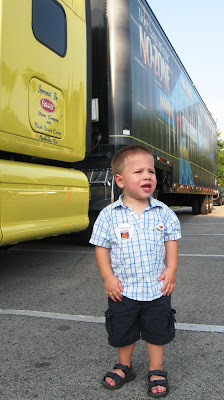 Afterwards he scored some stickers and buttons for being such a truck enthusiast. 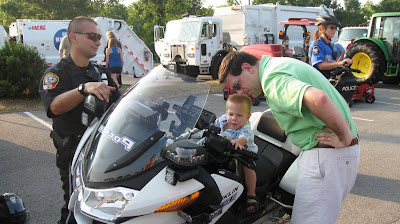 He quickly transitioned from truck to motorcycle as his wide eyes took in the police motorcycle. Harrison admitted to the cop that he would drive it fast! Haha! 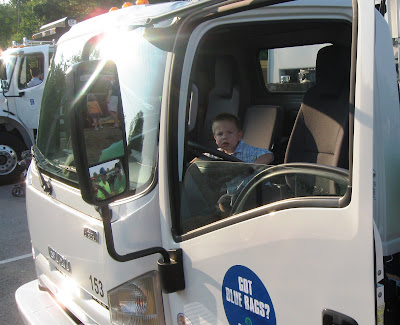 I can only imagine what these trucks went through after thousands of curious kids climbed on, in, through, and over each vehicle thoroughly inspecting every inch. 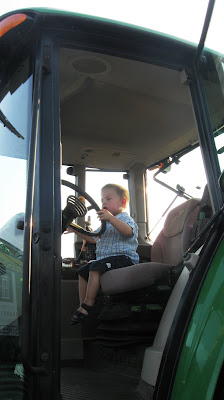 I don't think there was a lever left un-pulled, a button left un-pushed, or a knob left un-turned. 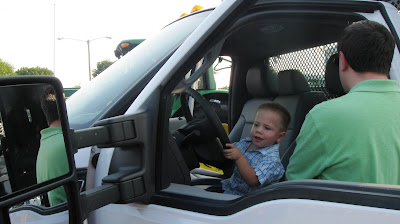 These sacrificial trucks probably went haywire with lights, sirens, noises, blinkers, and ticking, once turned on to move later that night. 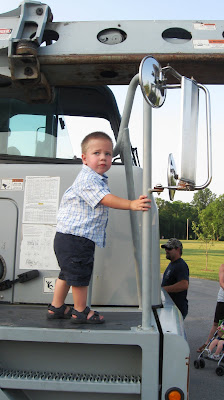 Besides the fact that is was 100 degrees, Harrison had a blast and we did too watching him enjoy himself. I can't wait to take both my boys to Touch-A-(Ton-Of)-Trucks!
Labels: Harrison