Swimming Out On His Own

This is Harrison's third summer...very weird to think about! That means three summers of enjoying watermelon, walks in the twilight, and homemade ice cream. 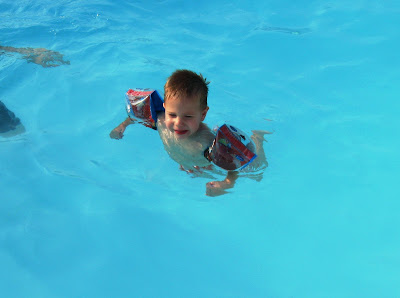 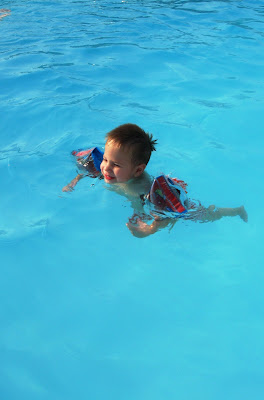 For the past two summers the first couple of times we go to the pool, Harrison likes to sit on the stairs and would prefer to go no further in. But after a few minutes of him sitting this year I introduced "Lightening McQueen" water-wings. 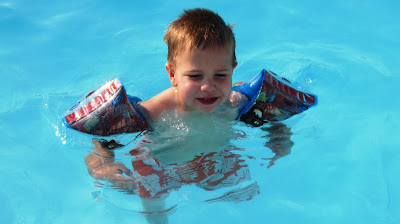 We weren't sure how they would go over and we really thought they would be going back into the closet for next year. But boy were we wrong! This little fish took off and hasn't stopped swimming! Every afternoon we are in the pool and he is swimming all by himself (he actually asked us to not touch him, "I want to swim alone".) 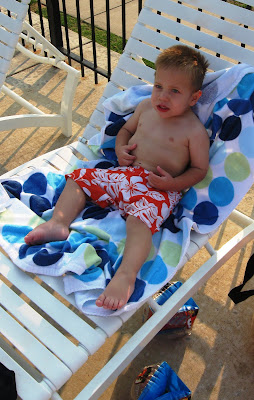 He loves being able to propel himself wherever he wants to go and experimenting with floating, splashing, kicking, and dunking. He is quite the little swimmer! Of course it has multiple advantages and he wears himself out...which means a great night's sleep for everyone!