Can't seem to go a day around here without some hilarity exploding in the form of mix-mashed vocab and quips from my boys. Yesterday the boys saw a cat on our porch and begged me to let them out. "No, I don't think we should go chasing the poor little cat.""Mom," Harrison chimed in, "We aren't going to chase the poor little cat, we are just going to surprise him!" 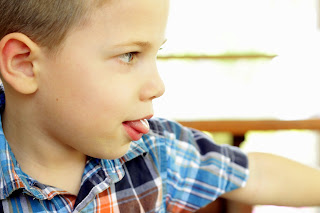 And then there's Jefferson who is quickly expanding his own comedy routine. After fighting me on sitting still at the table to finish his lunch he started calling for his Daddy (who was at work), "Daddy! Help me!" I explained to Jeff that if Daddy was here he would agree with me which shocked him into exclaiming, "No way!" 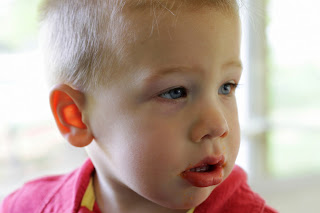 And then I overheard them playing dressed as a cowboy (Jeff) and a pirate (Harrison) engaged in some warfare. Harrison clawed at Jeff who attempted to dodge the blow and took a nasty tumble. "It was totally an accident! I couldn't control it!" "Oh no," I explained, "You do have control over your hands and what they do." "Yes Mom, I control my hands, but I'm a pirate and I have a hook and that I just can't control."
Labels: Brothers