To me, the beach is the most perfect place on earth. I am beyond thrilled that my boys thinks so too. 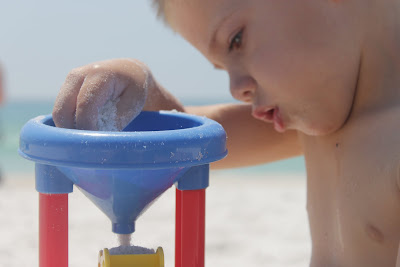 Harrison approaches the rolling waves with caution. He loves watching them, but he'd rather be building and sculpting incredible sand castles. 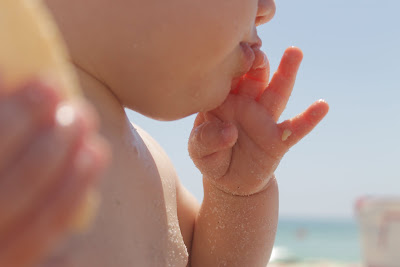 Jefferson didn't care much for wasting time with the sand. Though he helped himself to several handfuls, he'd much rather be swallowing sea water. 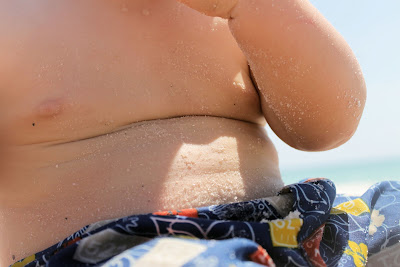 We had both boys happy in a tidal pool right at the edge of the surf. One boy creating the other splashing. Both covered in grit from head to toe. 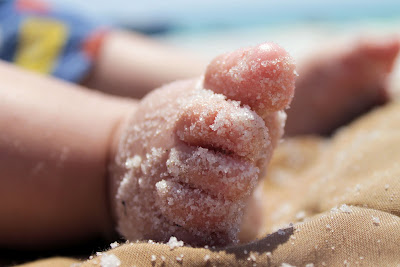 Both were laughing, both smelled like suntan lotion and sea spray. None of us could have pictured it any better. 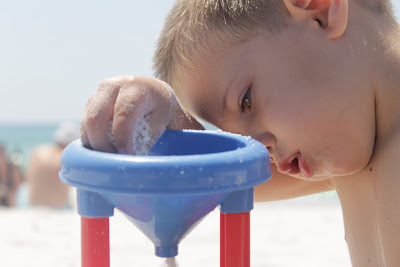 Though we are trapped in mountains for the time being, it's sandy salty times like these that give us memories and laughter to keep looking ahead until the next time we are seaside.
Labels: travel