For the most part, Wils speaks fluent "what's he saying?" 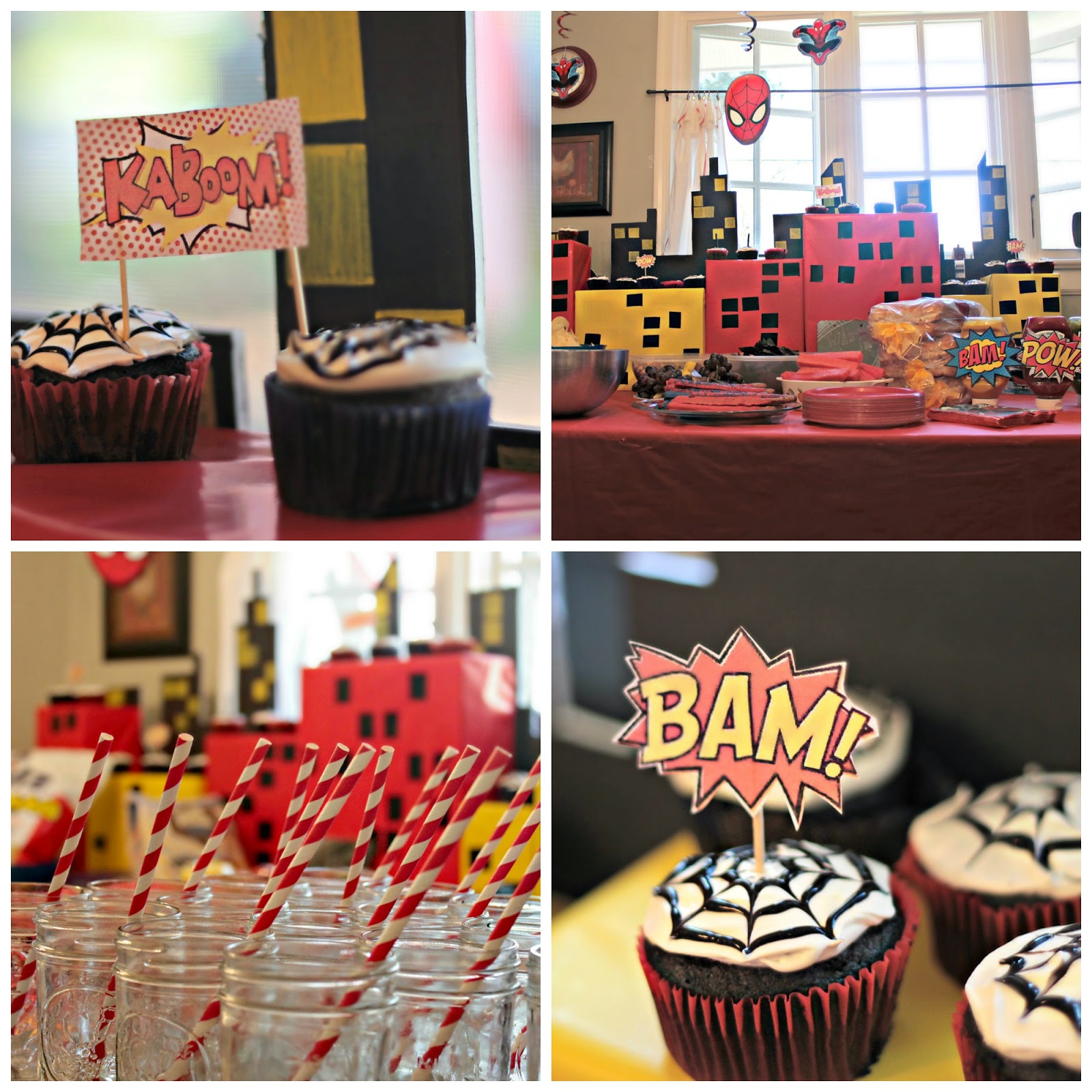 It's a perfect combination of Chinese, Yiddish, and toddler. He's a lingual artist. 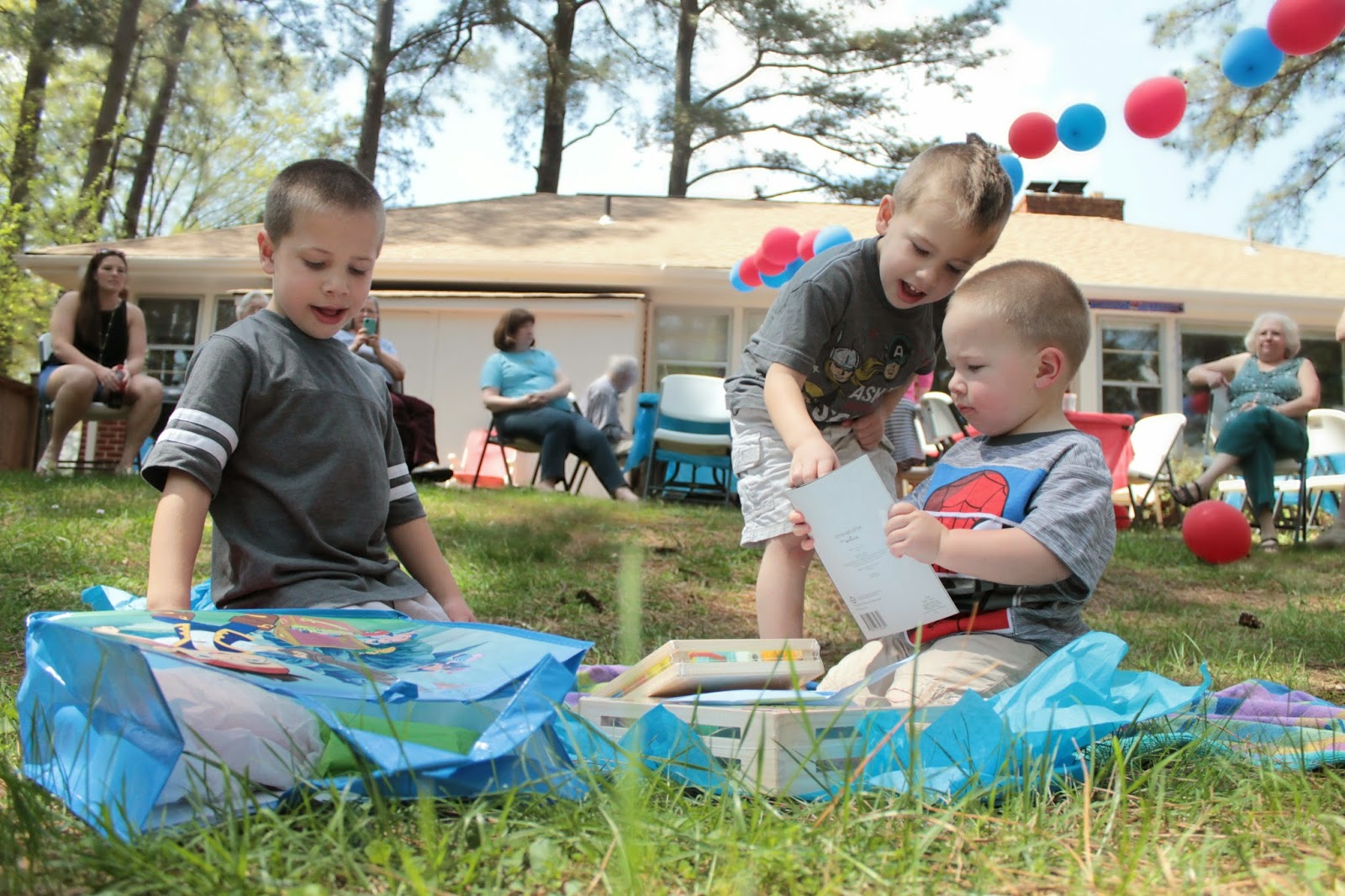 The very few English words he chooses to use are providing us a glimpse into his personality while at the same time making things like, planning his birthday party, a slight challenge when we can't just ask him what he wants. 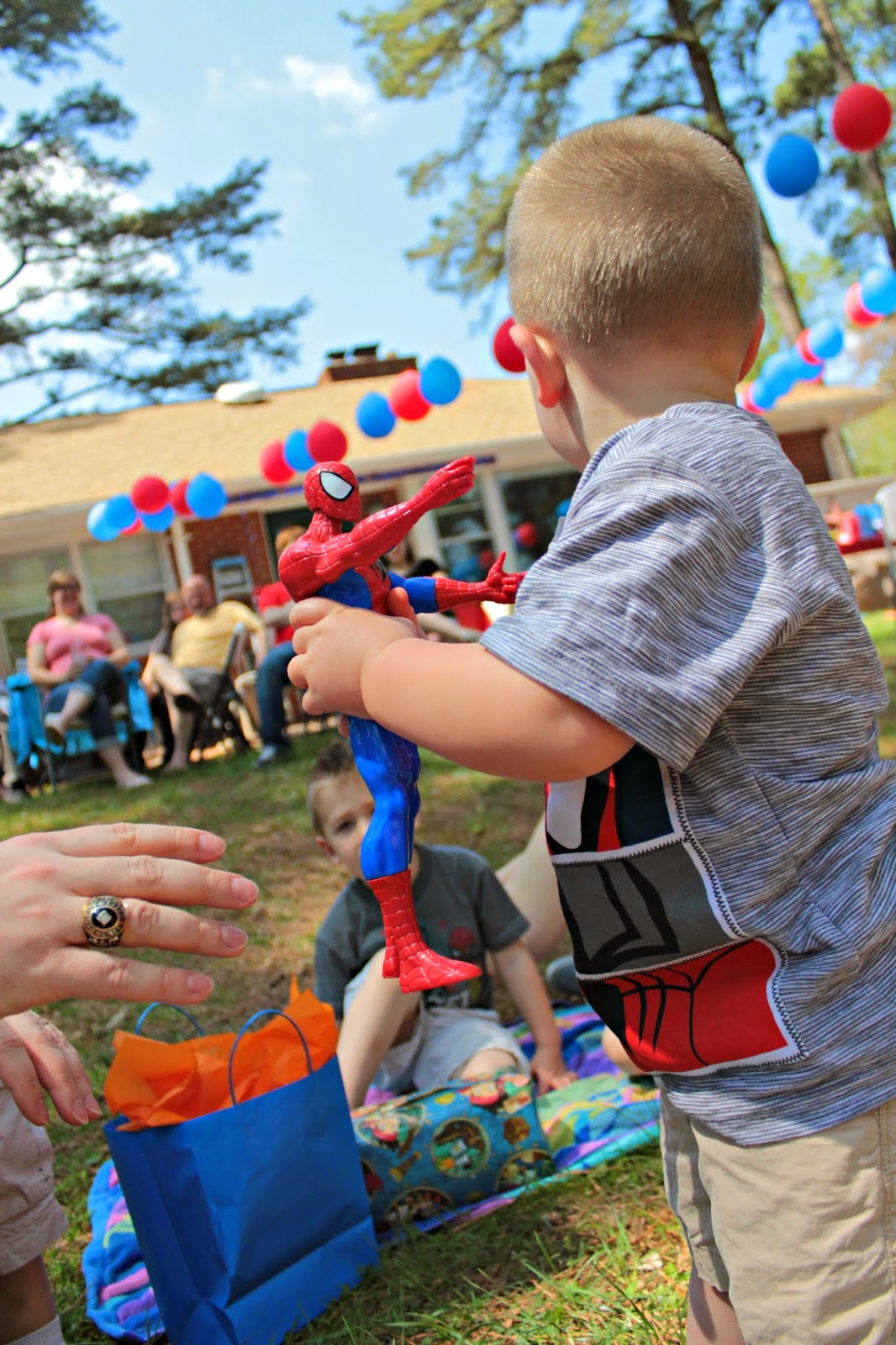 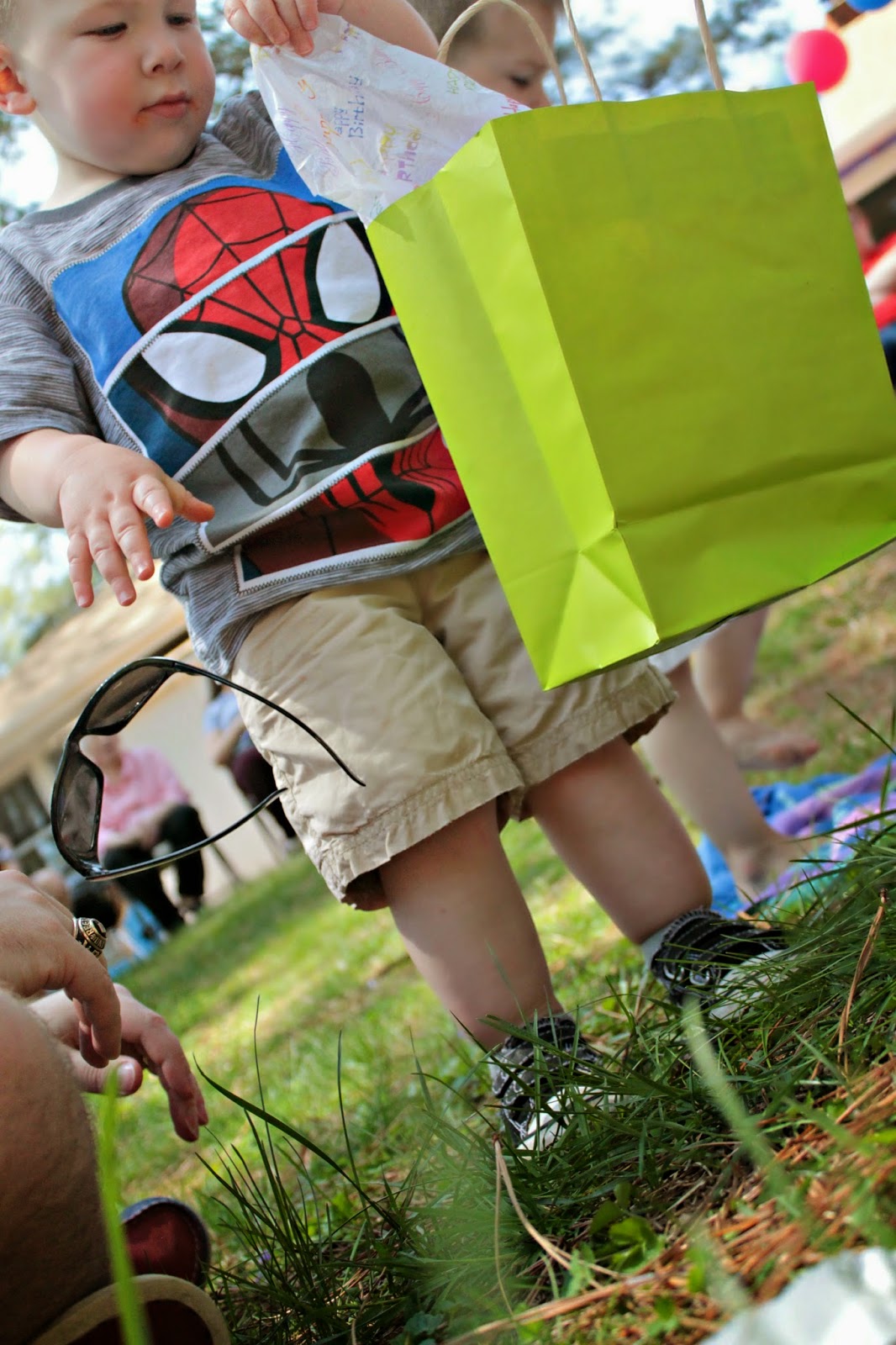 So using deductive reasoning and crossing out bed time or fruit snack party themes, we quickly landed on his all time favorite hero, Spider Man. I'm not entirely sure where his infatuation with Spider Man came from, perhaps the catchy 1960's cartoon theme song he has memorized and sings at record volumes? 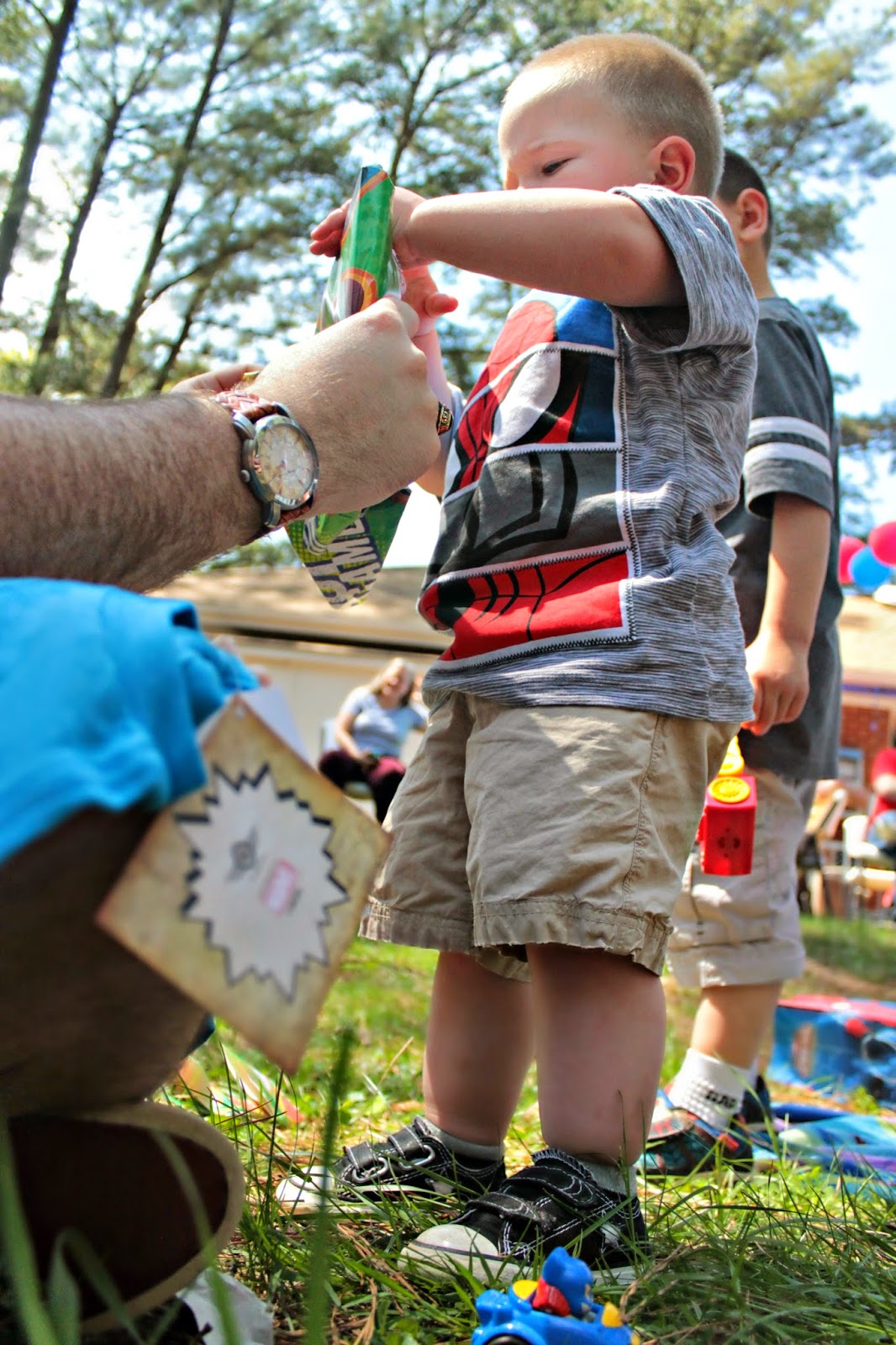 Or maybe it's from his early life's start in spider consumption leading to a unique bond with the arachnid hero? 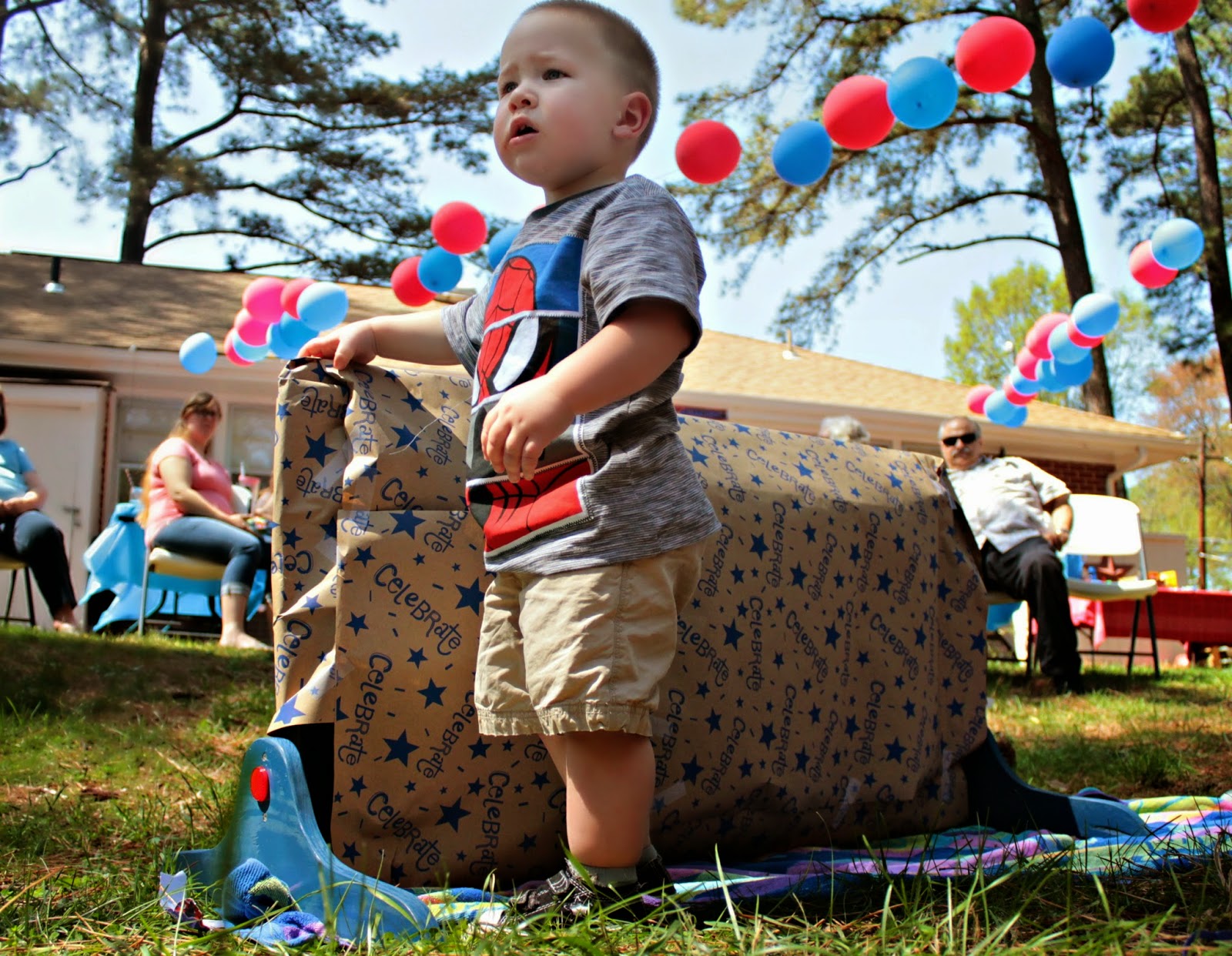 At any rate, since he speaks the masked man's name clearly, sings the theme song, and flips out when he sees Spider Man toys in the Target toy section, the party theme was a no-brainer. 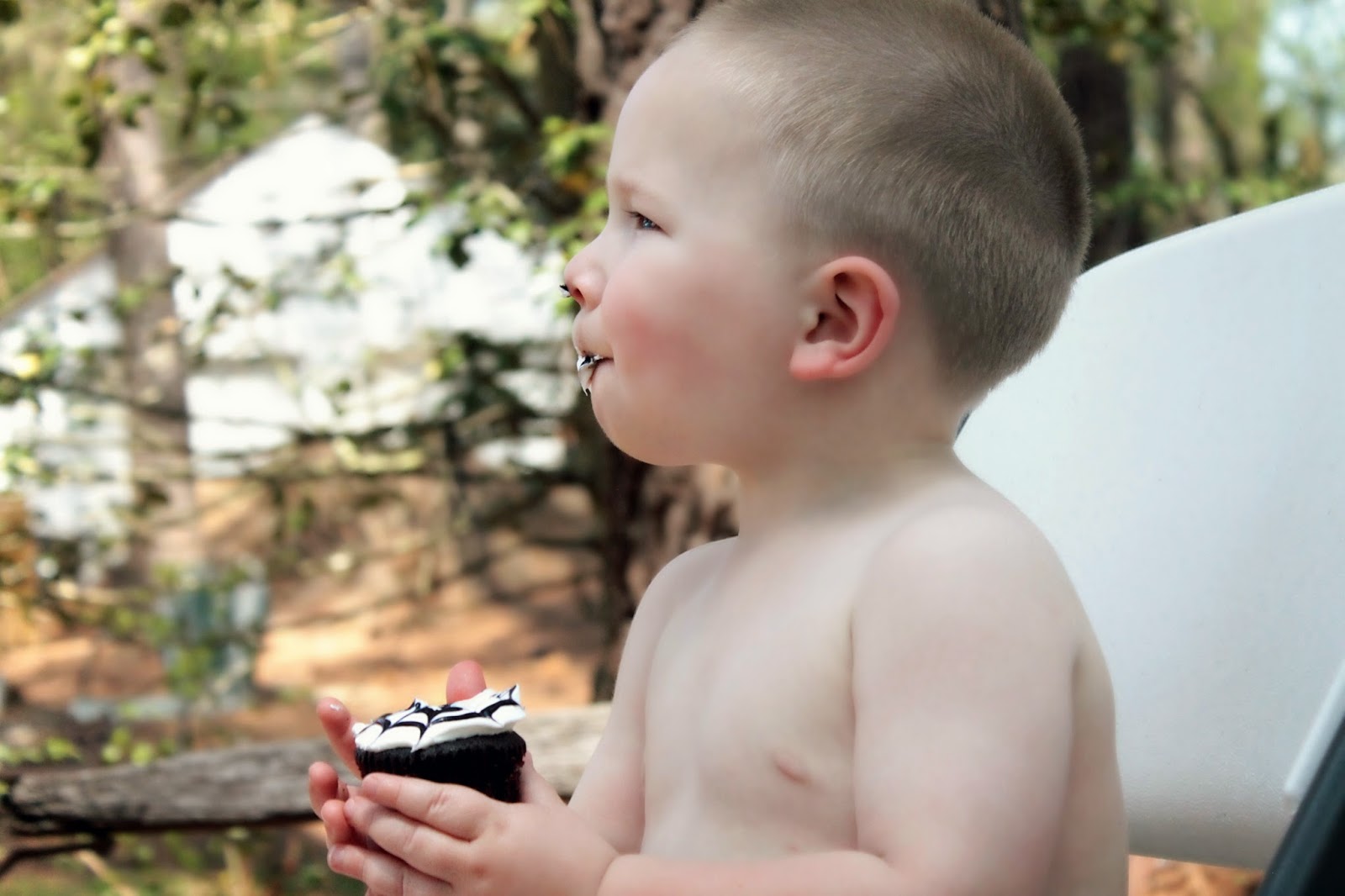 Another no-brainer was handing off the survival and success of said theme to my sister who can plan, design, create, and construct incredible parties out of nowhere. 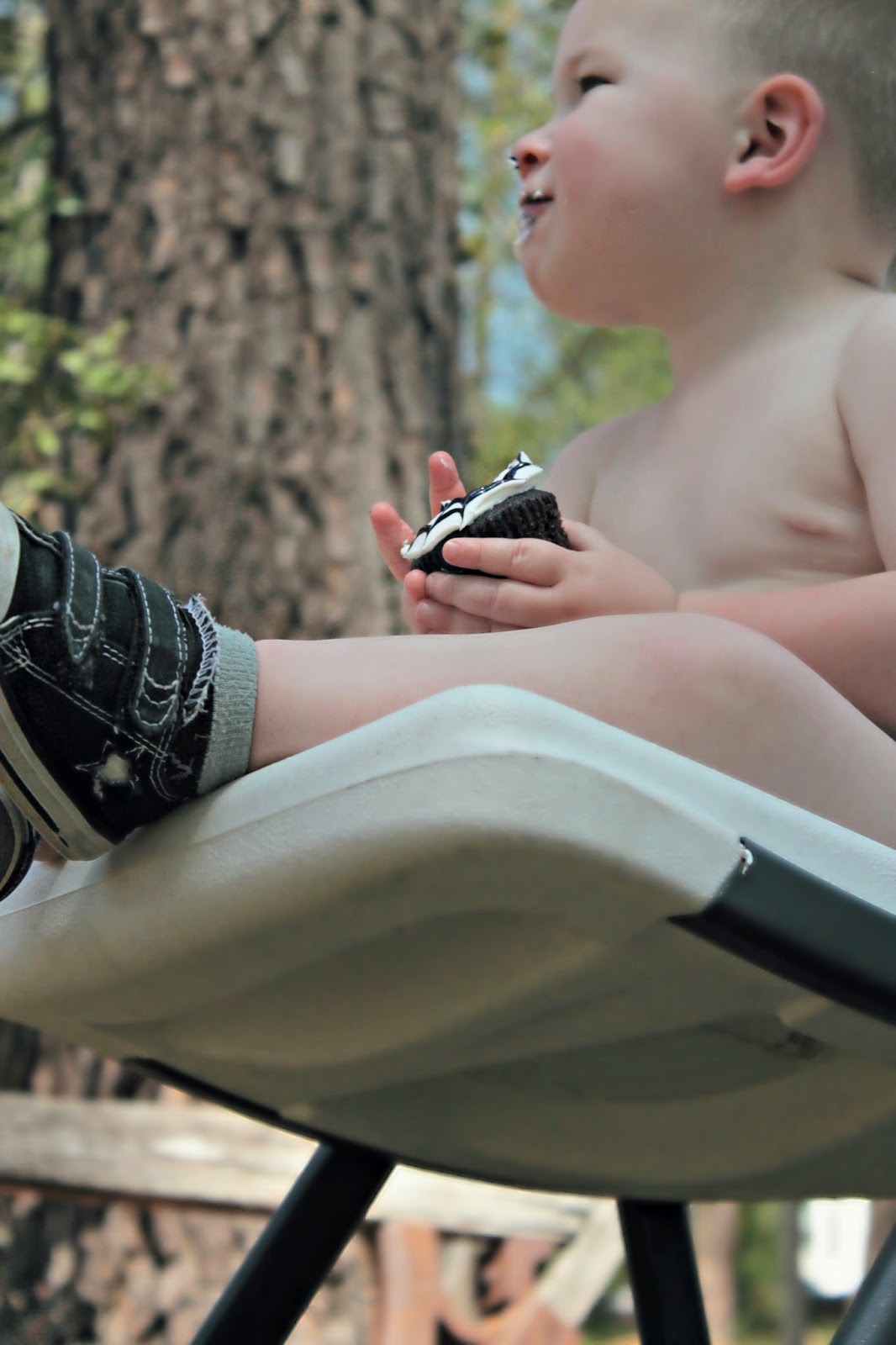 My party planning mind stops at cupcakes and balloons, yet she created the Marvel Universe overnight and gave the birthday boy and his big brothers the time of their lives. 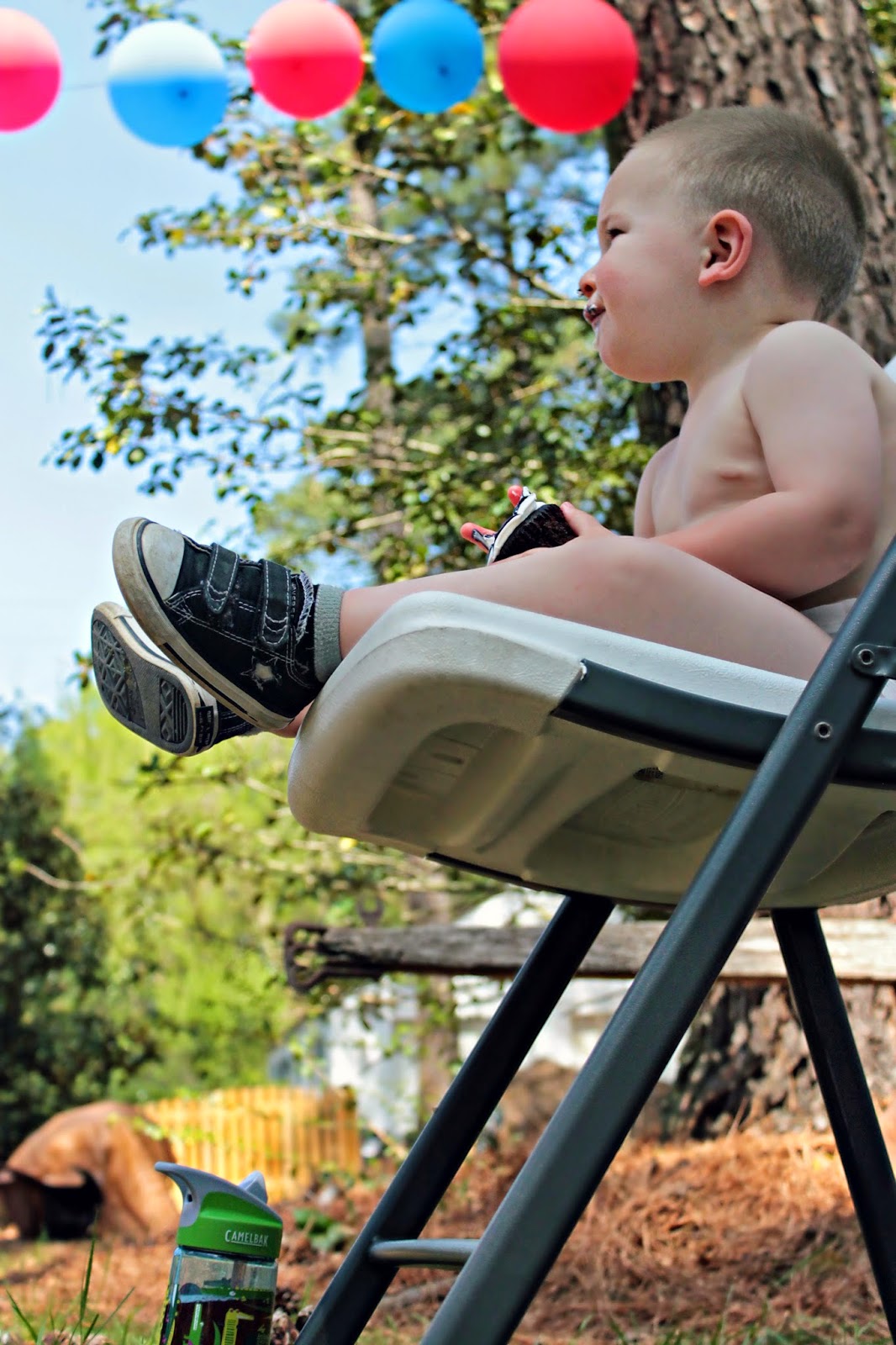 After balloons and cheetohs, presents and bubbles, my sweet toothed Spider Man got to dig into his cupcakes. Since he was sick last year and totally skipped the traditional first birthday cake smash, this was about as classic as you could get. 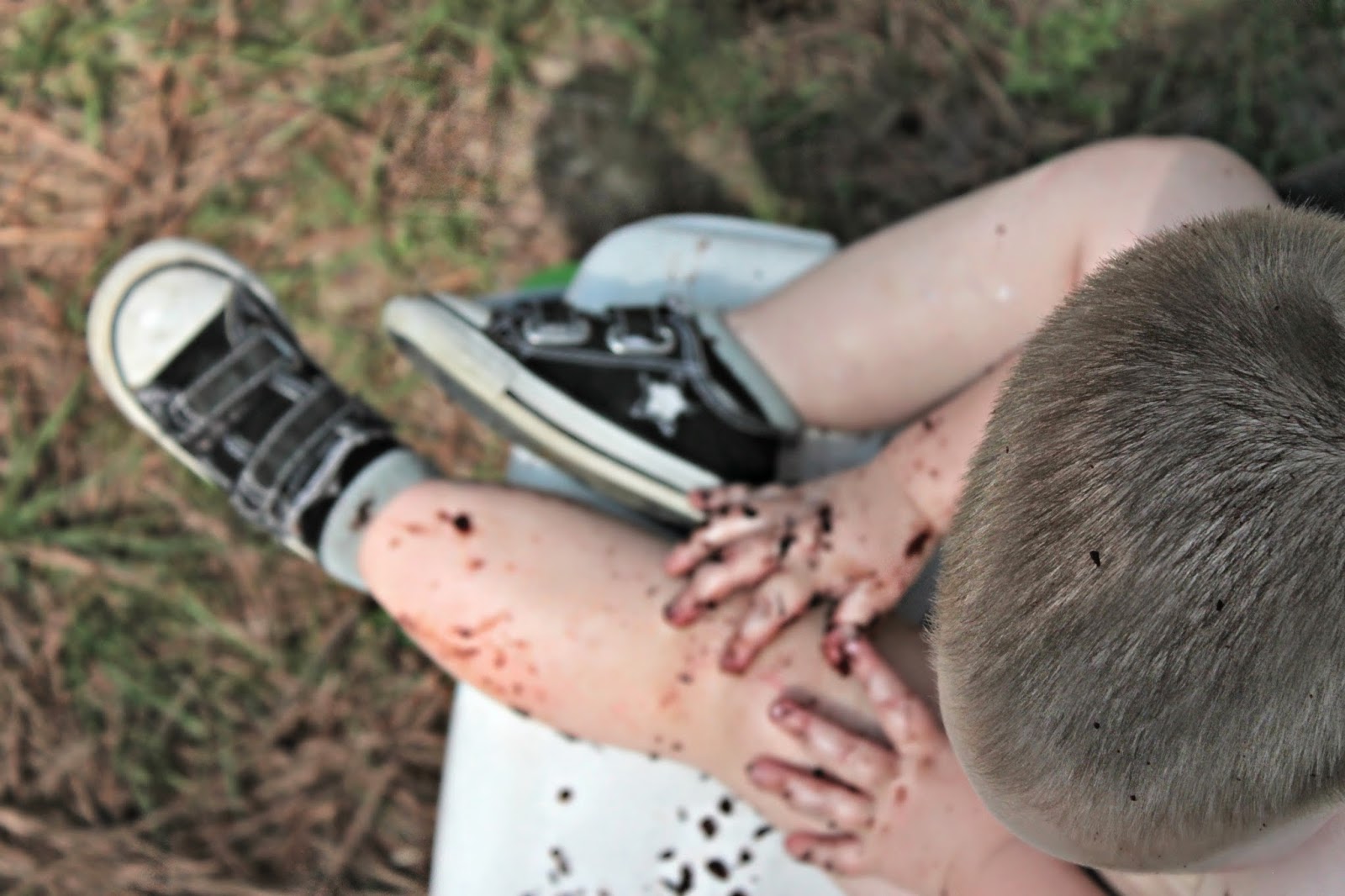 He thoroughly consumed any trace of icing before methodically massaging the remaining chocolate cake into his legs and hair.
At the end of the day spent celebrating all things Wils I'd say he was pretty happy we chose "Meyer-Man" too, instead of bed time or fruit snacks :)
Labels: Holidays Wilson