You'd think the massive Capitol Hill explosions would be enough to satisfy to intense male urge to blow stuff up. 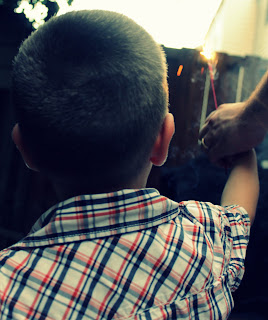 But no. Matt felt compelled to stop at a roadside fireworks stand and buy a "few" fun igniting treats for the boys. 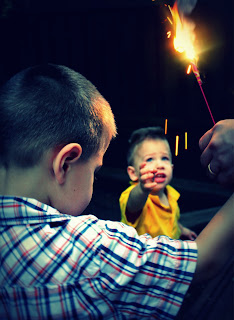 It was a lot easier when the boys were immobile and were content to sit and watch Matt demonstrate the festive explosions. 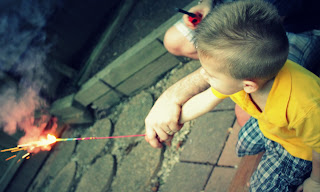 But now they are all about "doing it themselves" and fully believe they have the same competence as their Dad in their handling fire skills. 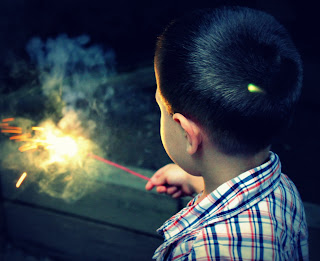 But sprinklers (aka sparklers) are not for the faint of heart when being handled by a preschooler and toddler who have still yet to grasp the concept of spacial awareness. 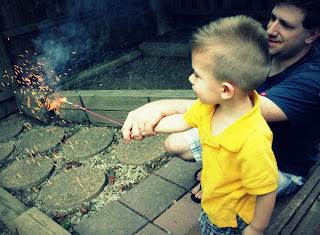 The "sprinklers" were whipped all around leaving their flaming tails behind in erratic patterns and coming far too close to clothing for my comfort but I figured the kiddie pool nearby could be useful if needed. 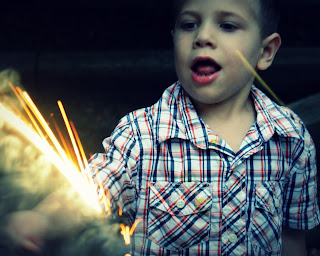 We may have learned a few lessons as the boys participated in every kid's favorite part of July 4th. Like, separate each "sprinkler" waving kid by at least a football field. 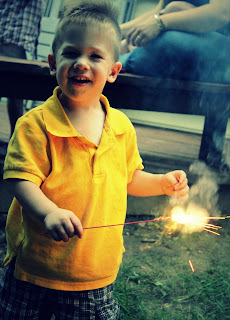 Also, fingers and feet don't really do well upon coming in contact with the charred remains of a finished off sparkler, so maybe have a filled baby pool on hand anytime boys and flames are involved.
Labels: Holidays