A year ago during a fireworks display in a Tennessee sky I leaned over to Matt and said, "One day it would be awesome to celebrate the 4th of July in Washington D.C." Only God knew that "one day" would be 365 days later 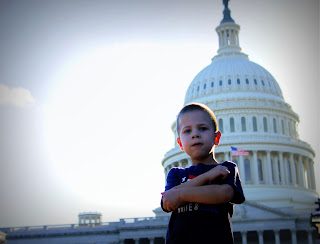 Being absolutely thrilled to find ourselves in our Nation's Capitol on America's birthday we headed into the city early to make a full day of it. So in list form, here is how we did our patriotic partying: 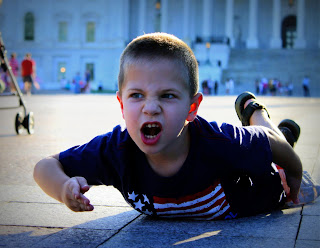 1. Battle reenactments - Harrison makes an excellent sniper out on a reconnaissance mission. He was good enough to draw the attention of the security guards. 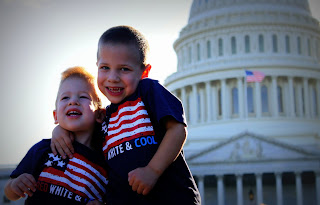 2. Brotherly Love - Even if it was only long enough to capture in a few clicks of a camera, I have proof that in addition to their wrestling, tackling, and sword fights they can stand side by side with a smile on their faces. 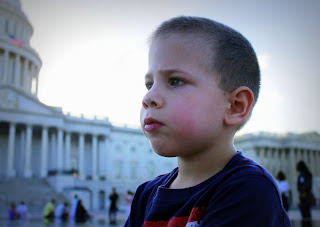 3. Promotions- Maybe it was his excellent sniper skills, maybe it was the fact that he had to go around saying "Hi" and thanking every policeman we saw, but it didn't take long for one of the policemen to award Harrison an official "Capitol Hill Police" patch. Harrison took his new post quite seriously and is the cutest, bravest Capitol Cop ever. 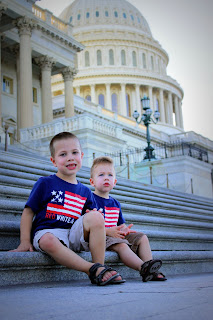 4. Pictures- The boys know I'm going to be toting my camera everywhere anxious to capture every memory. I'm guessing they have succumbed to the "can't beat 'em, join 'em" mentality since they voluntarily plop down and say, "Mom take our picture!" They directed the majority of the July 4th photo shoots. 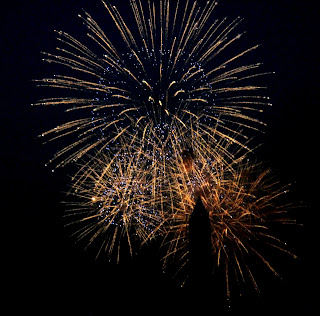 5. Bombs Bursting in Air- Harrison was all about the exploding color show. Jefferson was more into the blueberries Grandma had on the picnic blanket and Wils, who is so used to his surroundings sounding like explosions going off due to big brothers, had no clue anything was even going on. 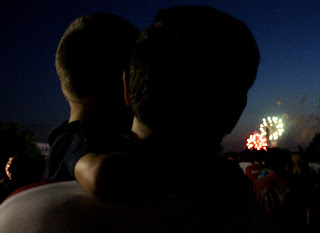 6. Boys will be boys- no matter the age there's something innate in males that draws them to anything that ignites, explodes, or can be set ablaze. So the pyrotechnic show was spent with Harrison questioning Matt on the process of firing them off and he promptly switched his designated life career to pyrotechnic engineer. This lasted for approximately 6 minutes until he saw another policeman. 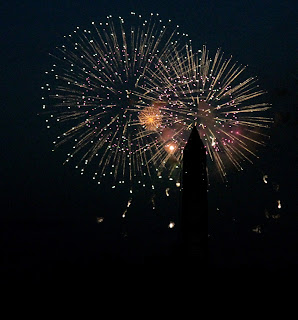 7. Pride- While America sure knows how to throw a birthday party there was something really incredible about celebrating on the steps of the Nation's Capitol. It is something we hope to make a tradition as our boys grow up in the land of the free and we teach them to pray for our country and its leaders...and any NSA agents who are reading this blog since it was probably flagged due to the words "patriot", "Capitol", "bomb", "sniper", and "God" all being in the same post.
Labels: Holidays Washington D.C.