Harrison can conquer mountains, scale the castle walls, and roundhouse kick a bank robber all the way to jail. 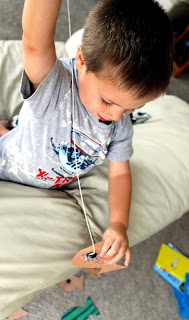 But sitting still for five minutes is a feat outside of his super power skills. 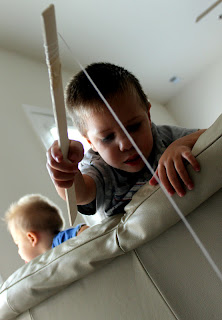 He's been training hard to rein in his energy surplus and we've been creative in finding ways to help him hone in his creative juices. 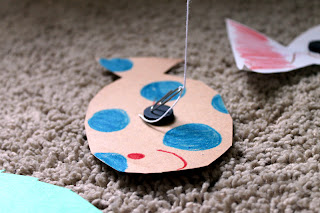 So we go fishing. He calmly leans over the back of the couch while painstakingly directing his "hook" towards the magnetic fish. 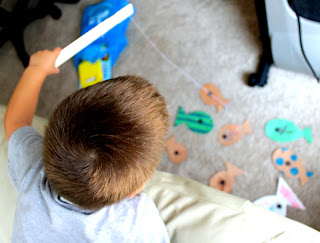 Flailing, flying, and fighting don't help reel in his catch so he is mastering his self control and at the same time, proudly landing some big ones :)
Labels: Harrison Homeschool parenting