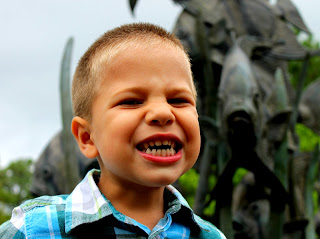 Racing as fast as we could, we came around the corner to see Harrison wrapped around both of Jefferson's legs effectively pinning him to the ground just outside the door. "What's going on Harrison?" we asked. 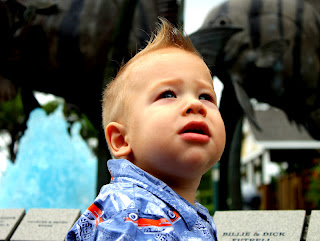 "He wants to be done playing, but I'm having so much fun with him and don't want him to leave! I'm trying to make him stay and play some more!" Despite Jeff's protesting, we felt like we scored one in the brother bonding process:)
Labels: Brothers