We Do Not Negotiate With Toddlers

I will have to say, for the most part Harrison does not resort to tantrums. Don't get me wrong, he will occasionally melt down when he doesn't get his way, but this guy is developing a new set of skills. 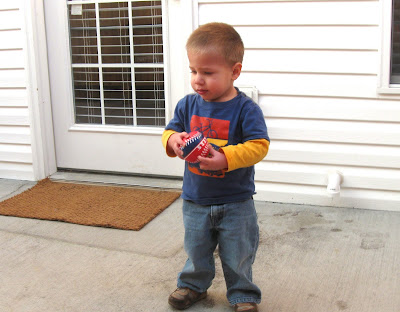 With a talent to rival the best defense attorney in the country this little man has the art of negotiating down to a finely honed skill. 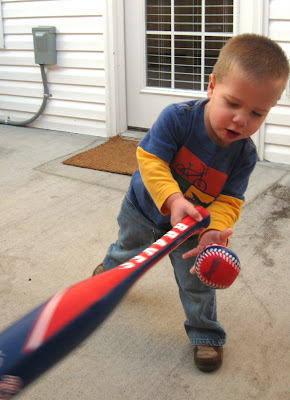 When a verdict arises that Harrison doesn't agree with his negotiating goes into action. His first tactic is to get the record erased. This includes changing subjects, resorting to overly cute phrasing and facial expressions, or saying, "I love you!" 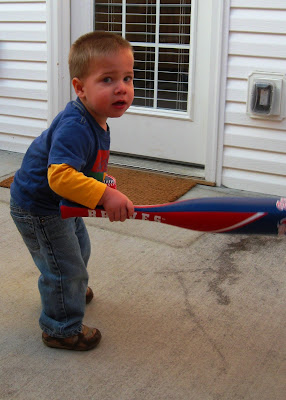 If that doesn't work (and it doesn't) he tries to lessen the penalty through counter offering. "Um, Harrison do it this way?", "No please thank you, not bedtime, Harrison read book?" "I walk wif no hands(not having to hold a hand), hold cart?" 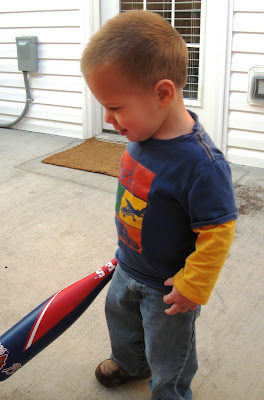 If all his tactics have failed him at this point he will usually accept the outcome and move on without another word, but I think his mind is secretly working. I think he is storing up and just waiting to get better and better at his negotiating skills. Who knows, his courtroom manner may have him following in his Daddy's footsteps one day!
Labels: Harrison parenting