Harrison Gets His Ears Fixed

On Friday we had Harrison's ear tube placement surgery. After almost two months of unresolved ear infections, it was time. I was apprehensive of him having to be put under anesthesia especially because he had been wheezing and on breathing treatments, but after much prayer Harrison was completely fine on surgery day! 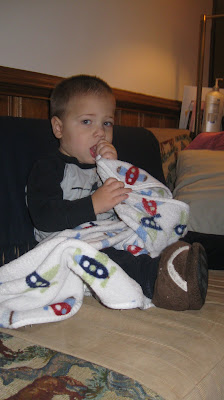 This is right before we left for surgery. We kept telling him we were going to a special doctor to get his ears fixed. Poor little guy couldn't eat or drink anything and if you know Harrison, this guy likes to eat. That was the hardest part- to distract him from food! 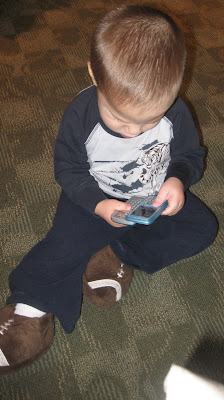 The wait for his turn to be called back was a little longer than expected but nothing a distraction with Mommy's cell phone couldn't fix. 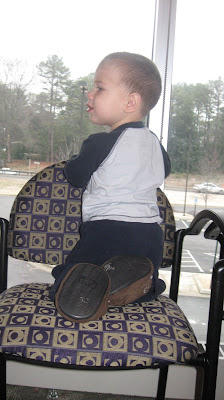 Of course entertainment was readily available right out the windows which overlooked road construction. Harrison was plenty happy with the backhoes and dump trucks. 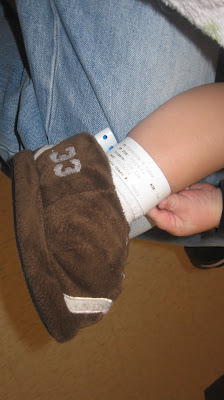 Soon we were called back to the first holding room. You could tell Harrison has been to the doctor a ton because the little guy was telling the nurse how to work the thermometer, where to attach the pulse ox, and where to place the stethascope to hear his heart! 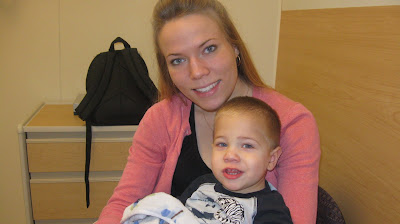 Waiting for the anesthesiologist to come in and explain how everything would happen. 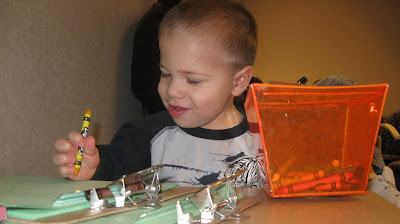 After meeting with all the doctors it was almost Harrison's turn to go back. They let us wait in a special play room which totally relaxed Harrison and had him quite distracted. They had crayons, little mazes, balls, action figures, cars, and tons of other things to keep him occupied. It was perfect. The only ones apprehensive at this point were his parents! 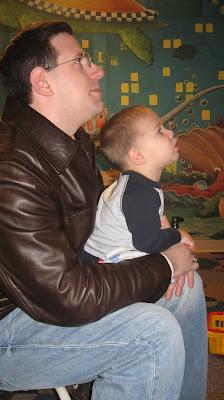 Soon he settled into watch Finding Nemo and before we knew it they came to get Harrison to take him back for his surgery. The brave little guy didn't cry at all when the nurse took him out. We were waiting maybe ten minutes before the doctor came out for us to let us know all went well! 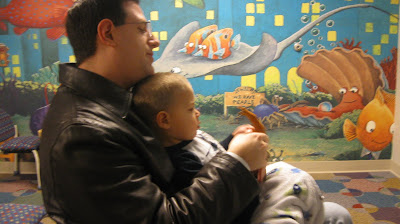 We scooped up our little guy as he was coming out of anesthesia and he was non too happy about his ordeal. He soon fell asleep in my arms and whimpered off and on all the way home. After a little nap he spent the next hour or so just sitting in my arms watching his favorite movie, "Kung Fu Panda". In no time at all he was down on the floor and playing, albeit a little dizzy!
We praise God for a quick and successful procedure! He has been a different boy since his procedure. He is happy, and content, just way more peaceful. It couldn't have gone any easier and we thank God for that!
Labels: Harrison