This Is Not A Drill

Saturday afternoon gave us quite a surprise! Papa was out of town on a church trip and Matt was the man of the house in his stead. 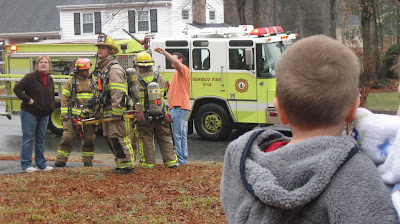 We use a wood stove at my family's home for heating during the winter and had a fire going like usual. The girls came home from running errands and saw smoke coming from the roof line around the chimney! 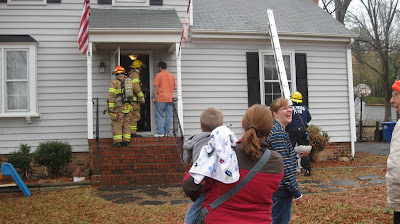 Matt was the hero of the day and sprang into action. He called 911 and mom got everyone outside. When five different fire engine companies showed up, Matt took the lead explaining the situation and showing them the areas of the inside that could be affected. 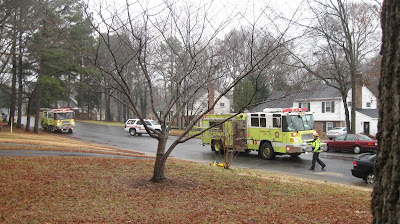 Harrison was more than glad to be missing his nap when he had four huge engines and several other rescue response vehicles with lights blaring all up and down the road! 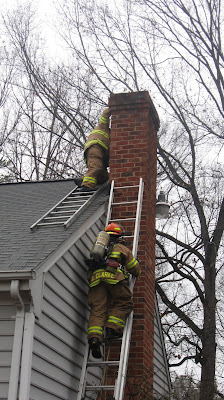 We stood outside in the drizzling rain watching the firemen stop the smoke pouring from the chimney and roof. After their thorough search there were some cracks in the chimney lining. The escaping heat and smoke very likely could have started a much larger fire had they not arrived when they did and had the girls not observed the smoke as soon in the day as they had! 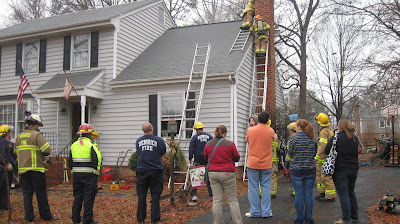