We decided to take a family day this past weekend and do something outside. We had no idea the day we planned would have a heat index of 105-so please pardon our sweaty red faces. 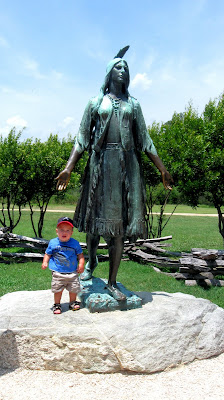 We took a trip to Jamestown and explored the original sites of the fort, the barracks, and the row house. The not so historical statues along the way had Harrison very confused.... 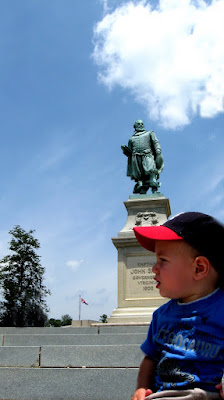 They looked like people, but they didn't move and this one of John Smith was a little imposing in his larger than life grandeur. 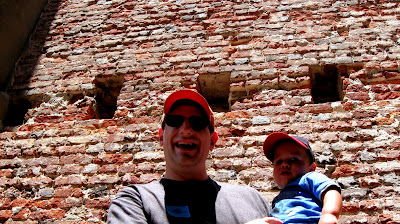 We had fun being tourists, taking pictures in front of all the big attraction spots. This is the tower of the church of Jamestown. The tower is the only seventeenth-century building still standing at Jamestown. It is one of the oldest English-built structures in the United States. So while Harrison could have cared less now, it will be neat one day to have this touristy picture! 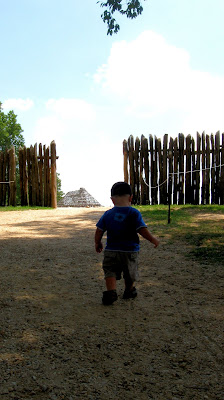 We let little man explore on his own and he had a blast being independent- is that any surprise? 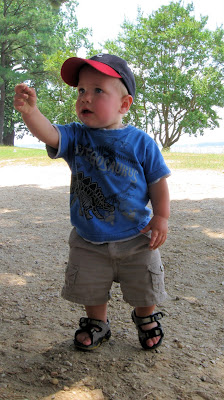 He would point the way of where to go next and lead on like some trail guide. I wonder if the surroundings of the birthplace of Virginia captivated his adventurous side. 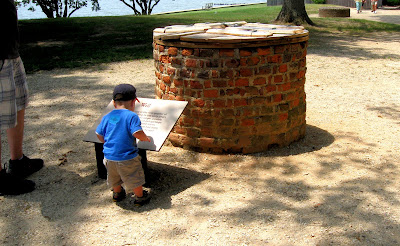 Harrison had become quite the little copycat and walked around the excavation site just like his Daddy stopping to read all the signs explaining the different sites. He would bend over and stand still for a few minutes pretending to scan the words! 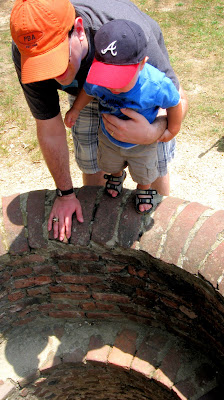 Of course my adventure seeking men can't stop on ground level and must take things to greater heights, meaning standing on the edge of the pit to get the full effect. 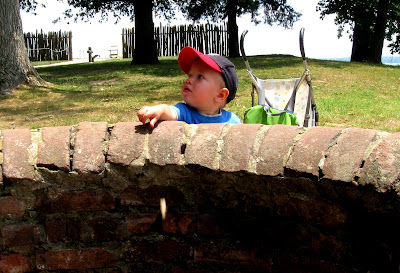 And Harrison of course took it even a step further and had to toss a rock in- you know, just for fun. 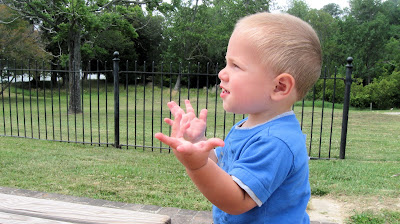 "Where to next you guys?" 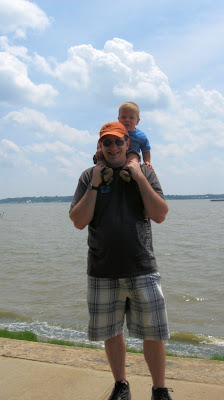 "Can't beat the view up here!" 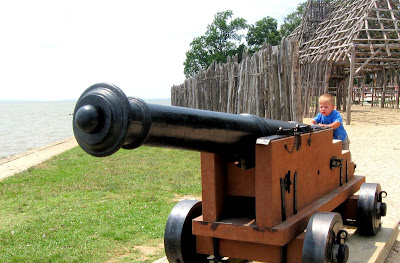 Soon we arrived to Harrison's favorite part by far-the cannon! 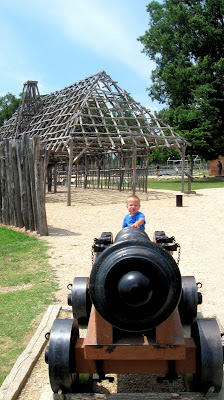 Don't know if you can tell, but in the picture he is making the explosion noises of the cannon. Now as far as I know he has never seen a cannon or heard a cannon go off, but he innately knew this thing fires off and must have explosion sound effects to go with it! 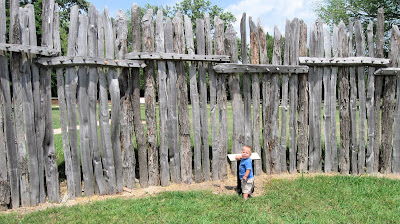 Harrison thoroughly enjoyed his tour guide duty of reading the sign for us outside of the fort wall. 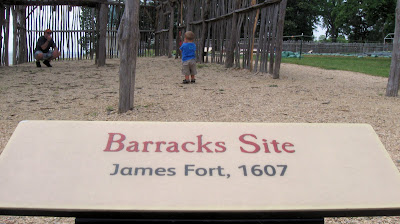 And the boys had a blast playing in the barracks pretending to be soldiers. 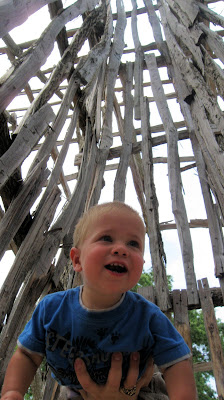 I think overall out family day was a blast! We had a great time being together exploring, watching Harrison be adventurous, and sweating profusely. Next all day outdoors excursion will be planned around the heat index!
Labels: travel