A few weeks ago we had a freak snow storm, ok I guess it wasn't that abnormal since it was still mid March, but in my opinion it was uncalled for. 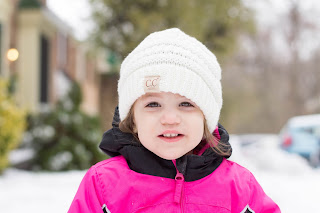 But to my boys it was an answer to nightly prayers for one more snow at this house before we move. God answered in the form of several inches glazed over with ice. It stayed around for almost a week giving hyper boys ample slipping and sliding snow play. 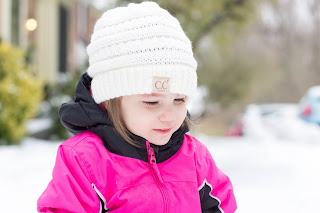 The princess, on the other hand, had a different opinion. She started off excited enough to wear her pink snow gear and favorite hat but once we stepped outdoors she froze, no pun intended, or maybe it was. 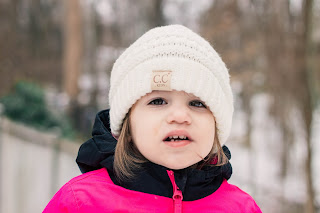 She stood motionless for several minutes, got hit in the face with a snow ball and was so over the frozen white stuff. She retreated back inside to get wrapped in down blankets and watch her new favorite movie "Snow", aka "Frozen". She prefers the theatrical fiction version of snow, and I certainly didn't mind curling up with her to watch a "chick flick" ;)
Labels: Madison Outdoors