I've lovingly coined the term, three-atrical, to describe this part of life with Wils. 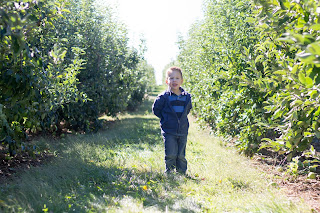 The kid has been known to fall face first down on a hard store floor and lie dead still with his arms by his sides, and not in protest like you may think. But in sheer joy over something that excites him or just to elicit gasps and chuckles from bystanders. 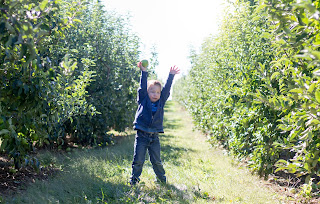 At least once a grocery shopping trip he will tell some innocent fellow shopper all about his day and the injustices of being three complete with not being able to ride his bike in the street yet or reach the candy in the cabinet.
He is known to face palm while groaning, "Not again!" usually over something like having to take a bath. 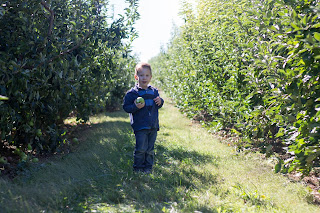 And then there's this photo shoot he directed in the apple orchard. "Mom!" he hollered, "take my picture right here!" I began walking towards him and he emphatically motioned, "No Mom! Stop right there and take it. I will smile, say cheese, be a superhero, and them say apples!"
And he did. And I clicked away. And we ended up with this Wilson directed shoot.
Which is one of the reasons he is three-atrical :)
Labels: Outdoors Photography travel Wilson