On Nor'Easters and Saying Goodbye

I'm pretty sure it was due to my sister's fervent praying for a good storm while at the beach, something about loving curling up in a hoodie and watching the rain pound the surf. 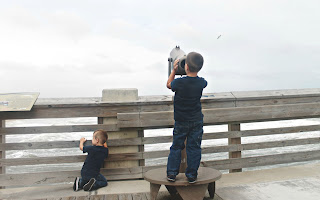 And so her prayers were answered with no basic storm, we got a full on, red flag, dune eroding, rip tide warning, high tide and higher tide nor'easter. 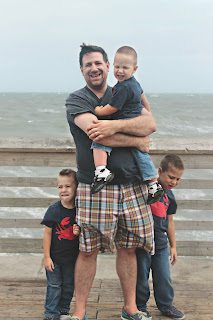 I have to admit, my sister had a point; if it's going to storm, it's better at the beach so we all adopted the "bring it on" attitude and enjoyed the beach in a way we hadn't experienced before. 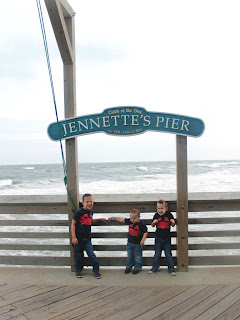 We took walks on beaches that were now just pounding surf as waves washed up over dunes. We collected shells tossed up from stormy waters. And we took four young children out on pier in 40mph winds. 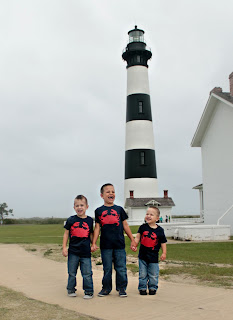 The gusts were so strong Jefferson literally was walking and not moving forward as the wind pushed him back. But it was incredible to walk down the pier over top of the stormy sea and get splashed by waves. 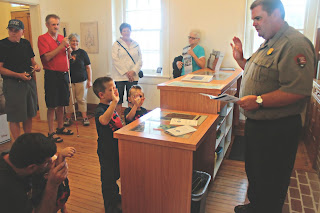 If that wasn't enough for one day, we decided to explore Bodie Island Lighthouse, in the rain, and 40mph gusts of winds, because we have thrill issues. 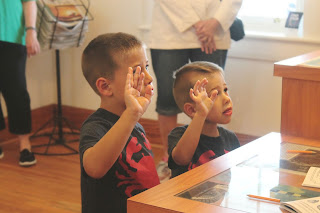 No, I'll admit, I have thrill issues and I wrangled my entire family into humoring me and checking it out and they were amazing enough to go along with my craziness. 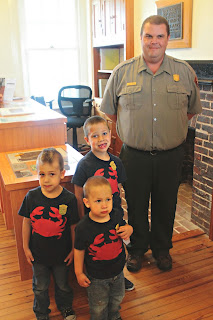 But we ended up getting three new Junior Rangers out of the trip! The boys had the opportunity to complete the workbooks and be sworn in as official Junior Rangers for Hatteras Island National Park.  They could not be more proud of their new post as you can tell below from their "Ranger Picture". 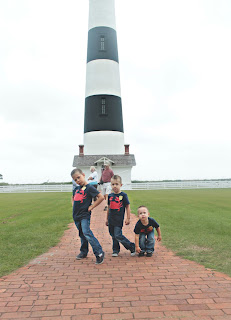 It was an incredible and much needed two weeks away, full of traditions, late nights, mini-golf, sun screen, pool time, Italian ice, and miracles. It's always hard to say goodbye to this place. I'm thankful for the memories and the pictures to get us through the winter. 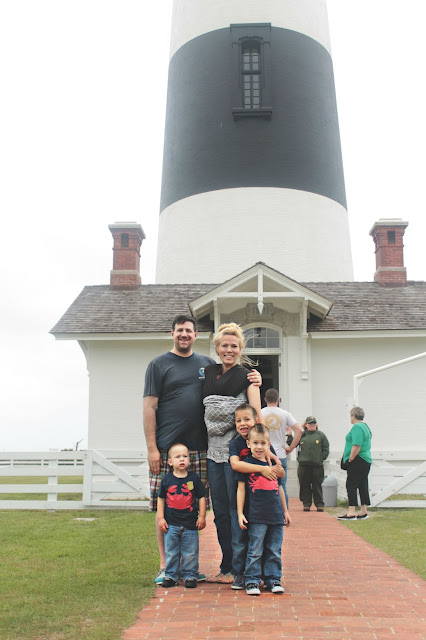 Until next year OBX; so you'll have some time to recover until we invade again. :)
Labels: Brothers Family Outdoors travel