Remember that thing about traditions I was telling you about? 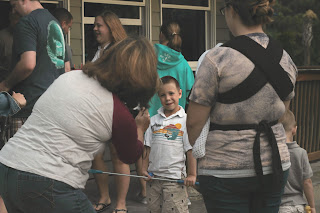 This night, the night our loud, baby toting, cheerio snacking, camera clicking, golf club sword fighting family, invades a putt-putt course, is one of those traditions. 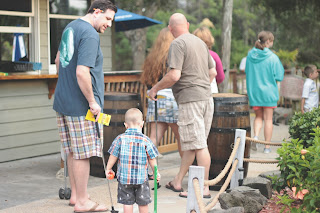 But not just any putt-putt course. That's the part my boys cling tightly to because this isn't your typical 18 hole, in a fake turf, course. 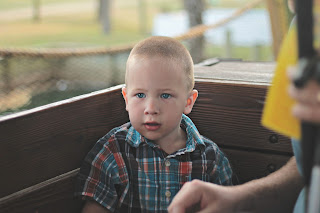 There's plenty of fake turf, but this course comes with a train ride up around a "mountain" to the starting hole. 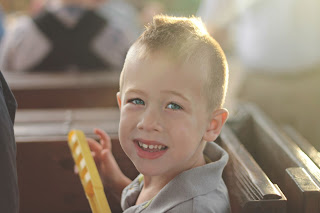 And as if train ride wasn't cool enough, the course winds through streams, literally, under mountains, through a pirate ship, and inside tunnels. 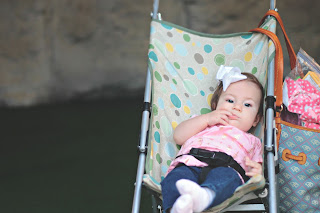 So this year we once again cleared out unsuspecting fellow vacationers, actually we kept letting them play through since we weren't exactly moving at a competitive pace, and handed my three boys golf balls and clubs. 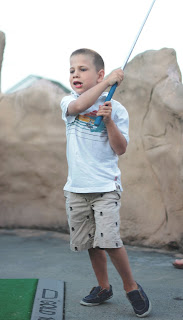 Harrison was finally old enough to get a real metal club with his younger brothers sporting their bright plastic ones, but the clubs turned swords weren't the biggest issue. 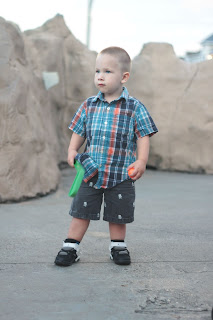 It was the golf balls! Wils kept finding ways to lose his. The tiny holes in the sides of decorative barrels, slits in wooden doors, and just a good old throw into the water were all too tempting to a mischievous two year old. 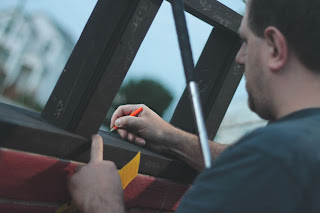 But even with going through multiple balls, reminding Harrison he wasn't on the driving range, feeding LilyMae baby food in between holes, and keeping Jefferson from jumping back on the train for another ride around, Matt and I found time for a fun game ourselves. 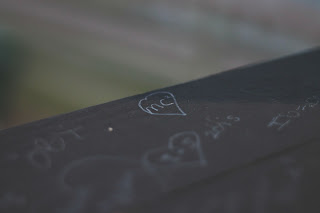 Matt even "carved", ok penciled, our initials on the pirate ship to join the hundreds of other putt-putter couples before us. But I'm fairly certain none of them had as much entertainment along with their game as we did. ;)
Labels: Family Traditions travel