On Lost Colonies and Touch Tanks

Our second week at the beach became cloudy and cool as the nor'easter prepared to invade the Outer Banks. 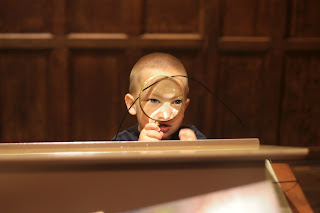 Not letting that hold back our adventures, we went off exploring places we hadn't spent much time at over the years. 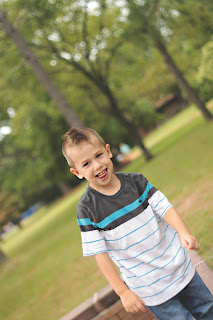 One being Roanoke Island and learning more about the Lost Colony. Harrison was fascinated by the history and the mysteries surrounding it. 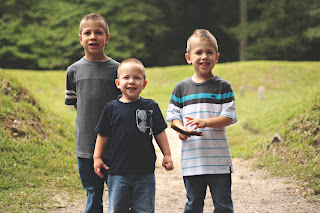 Jefferson was having a blast climbing on and balancing on top of any surface he could find.
And Wils was smushing his face against magnifying glasses and doing his best to become as lost as the colony. 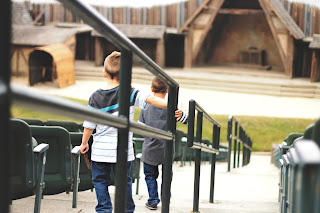 After walking around the historical site we kept on following a path and found ourselves at the stage where they preform the play. 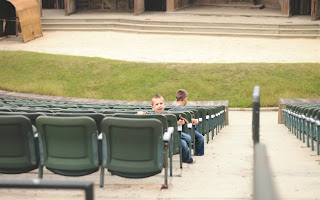 We had a blast exploring the amphitheater and helping ourselves to a literal backstage tour. We walked across the stage and behind the set and the boys got out a ton of energy racing up and down the stairs. 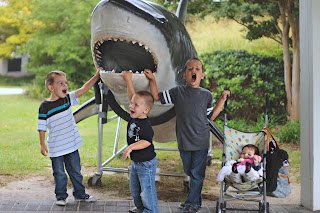 Afterwards we went over to the aquarium where the boys were promptly eaten by a shark. 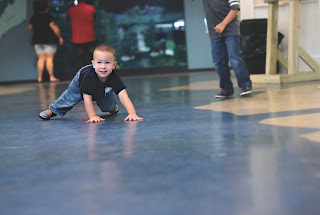 Right after that Wils decided to observe the micro-bacteria from the foot traffic of a thousand tourists; we were off to a great start. 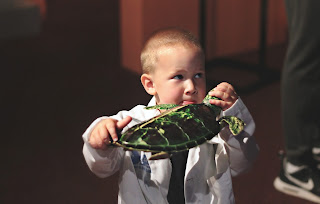 We named snakes, chased otters, and the boys saved a few sea turtles. 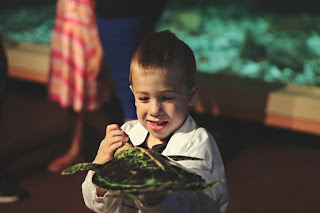 I could literally see their immune systems going into Hulk mode under those lab coats which I'm sure are washed in bleach daily. Let me at least think happy thoughts. 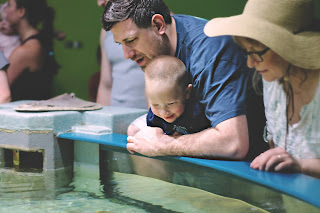 But I didn't have to worry long because they got a chance to wash their hands off in the touch tank. 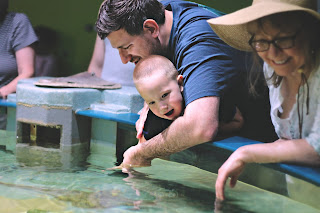 It's a widely known fact that touch tanks are filtered of bacteria with parasite free invertebrates gliding in pristine water void of waste products from said invertebrates...happy place people. 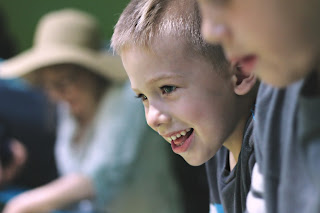 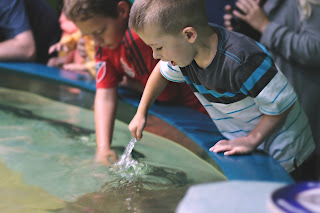 I promise I'm not a germaphobe, not really, but kinda. Only when I can visibly see the germs. But sometimes it's worth it. Sometimes the touching, and the climbing on, and the giggling, and the crawling over is worth every little bit, ok, lot a bit of purell. 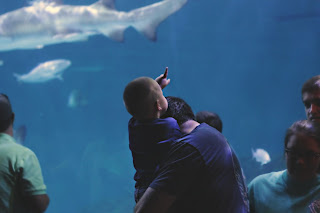 And days of getting elbow deep in history and touch tanks are definitely included in those "worth it" times.
Labels: Family travel